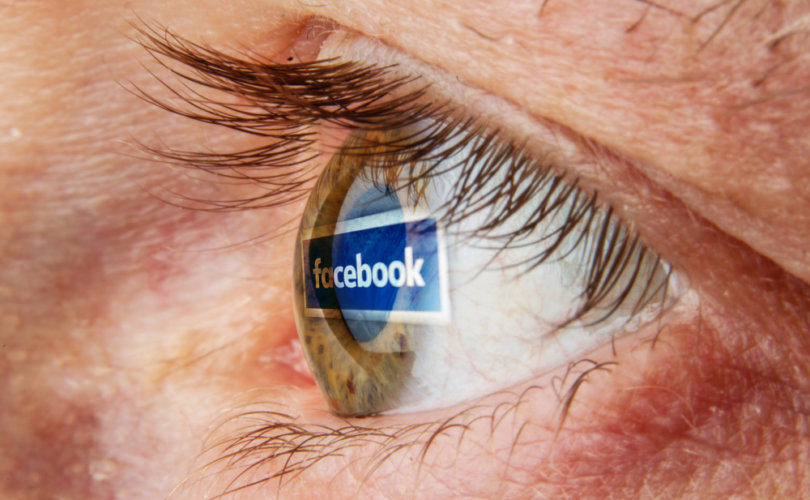 August 22, 2018 (LifeSiteNews) – Facebook gives its own users a rating as “trustworthy” or not based on the stories they flag as “fake news,” a representative of the social media giant revealed Tuesday in a new interview.

In 2015, Facebook added the ability to report any post with just a couple clicks, including for obscene or illegal content, advocating violence, “false news,” and “hate speech.” But Tessa Lyons, the Facebook product manager responsible for fighting so-called misinformation, told the Washington Post that the company found that users would flag stories as fake “simply because they disagree with the premise of a story or they’re intentionally trying to target a particular publisher.”

So Facebook developed a system that ranks users on a “trustworthiness” scale from zero to one. Lyons refused to reveal all of the criteria feeding those scores, claiming that doing so could help malicious actors thwart the system, but explained that users’ record on reporting “fake news” was a significant part of it.

“For example, if someone previously gave us feedback that an article was false and the article was confirmed false by a fact-checker,” she explained, “then we might weight that person’s future false-news feedback more than someone who indiscriminately provides false-news feedback on lots of articles, including ones that end up being rated as true.”

It’s unclear whether users in the United States and Canada will be able to see, let alone dispute, their own trustworthiness scores. But Forbes technology writer Emma Woollacott notes that, in compliance with the European Union’s General Data Protection Regulation (GDPR), Facebook has a request form Europeans can use to inquire as to their scores.

The score is only the latest in a series of measures Facebook has taken in the name of combating “fake news.” In May, founder Mark Zuckerberg revealed that the platform would begin ranking news organizations by their perceived trustworthiness, and boosting or suppressing their traffic accordingly, an idea panned by liberal and conservative journalists alike.

The social media giant relies primarily on left-leaning publications such as Snopes and PolitiFact for ostensibly-impartial “fact checking,” raising further concerns over the credibility and potential bias of the authorities by which users’ trustworthiness will be judged (Facebook does list the conservative Weekly Standard as a fact-checker, as well, though some conservatives have recently taken issue with its accuracy).

Facebook's latest revelation has alarmed many observers across ideological lines.

“Not knowing how [Facebook is] judging us is what makes us uncomfortable,” Claire Wardle of the Harvard Kennedy School’s First Draft project told the Post. “But the irony is that they can’t tell us how they are judging us — because if they do, the algorithms that they built will be gamed.”

“Algorithms are often flawed and can have larger, deleterious effects that aren’t immediately visible, so Facebook will have to be careful about what other information it factors in and how else this score is used, lest it accidentally discount reports from a specific community of people,” The Verge’s Jacob Kastrenakes wrote. He cited an April report from the Columbia Journalism Review finding that many fact-checkers themselves lamented a lack of transparency in what stories it chose to share with them in the first place.

At the Daily Caller, Kyle Perisic compared the ratings to a system the Chinese government is slated to impose on its own citizens in 2020, “giving them a ‘social credit score’ to identify who is trustworthy based off social media posts and purchase history.”

“One Chinese citizen and journalist, Liu Hu, was unable to book a flight because he was on the list of untrustworthy citizens, CBS New York reported in April,” Perisic recalled.

While Facebook obviously lacks the power of an authoritarian government, critics say such efforts are part of a broad campaign to suppress right-of-center voices and give liberals a monopoly on social media. A confidential memo written last year by the far-left Media Matters details a comprehensive campaign to pressure social media and tech companies into silencing conservatives, and previous analyses have found that Facebook’s algorithm changes disproportionately impact conservative publishers.

There is also growing fear among conservatives that censorship campaigns are spreading to services such as Mastercard, Patreon, Apple, Spotify, and DNS registrars, making it harder for silenced voices to set up viable alternatives to Facebook, Twitter, and YouTube.