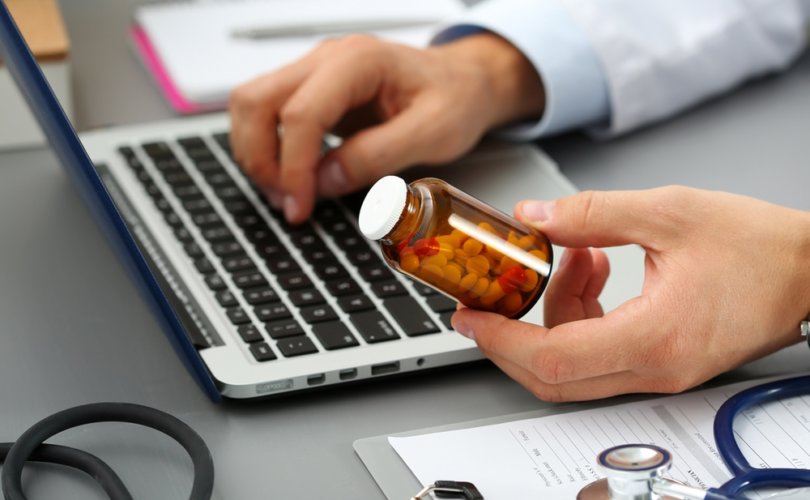 But the social media giant does not operate with similar laxity when pro-lifers post advertisements on it, numerous instances have shown.

CNN reports that it interviewed nine women between the ages of 17 and 30 in the small African country of Lesotho. These women procured abortion-inducing pills through ads they found on Facebook, despite the fact that the pills are illegal in the country. (CNN blamed, in part, the Catholic Church for “being a prominent part of the country’s culture.”)

Each woman said the ads put her in touch with individuals claiming to be doctors. Yet despite the ads promising “safe” abortion pills, all nine say they experienced extensive bleeding and faintness after taking them – complications for which they did not seek medical attention.

Dr. Limpho Maile, a spokesperson for the Lesotho’s Ministry of Health, told CNN that 13 percent of women who abort their babies are admitted to the hospital, and that the real number of serious abortion complications is likely much higher.

The Ministry of Health said it was not aware of Facebook advertisements for abortion pills, and Facebook refused CNN’s multiple requests for comment. Police spokesman Aus Lesupi said they have not been able to trace the ads to anyone within the country.

“Usually the doctors are foreign, and later flee the country,” said Lesupi.

But the report notes that a simple search resulted in “dozens of different pages and events advertising abortions.” A CNN reporter managed to contact one of these pages posing as a teenage abortion seeker. That reporter was unable to verify whether the abortion-dispensing individual was a doctor.

‘Most uncomfortable and disgusting ten minutes of my life’

One 27-year-old woman, speaking to CNN under the pseudonym Mpho, told her story of how one such ad led her to converse with anonymous, supposed doctors through the messaging service WhatsApp.

“I didn't trust any of the doctors,” she said, because they “sounded like they just wanted money, and wanted to just rush me in and out.”

But she eventually settled on an approachable-seeming one. They later met in a “tiny, barren back room.”

“He made me take some pills, he didn't say what they were,” Mpho said. “He then forcefully inserted two pills inside of my vagina with his hands.”

In what she called the “most uncomfortable and disgusting ten minutes of my life,” she says the man joked about the “niceness” of conceiving the baby she was aborting, took pleasure from the pain she experienced during the process, and afterward raised the agreed-upon price from 800 Lesotho Loti (approximately $67) to 1,500 Loti (approximately $126).

The pills failed to successfully abort the baby. So Mpho tried other pills procured through a friend, which led to her drifting in and out of consciousness and experiencing about four hours’ worth of bleeding, followed by coldness. Despite her boyfriend’s pleas, she refused to go to the hospital for fear of being prosecuted. Today, still unexamined, she fears the experience left her infertile.

Abortion defenders argue that crises like this are the result of abortion prohibition, and that if the procedure was legalized it could be performed by “qualified” physicians and regulated to ensure safety. But as LifeSiteNews has previously reported, the legal abortion drug RU-486 has been linked to the deaths of at least 14 women and 2,207 harmful side effects in the United States alone.

Countless legal abortion facilities in “first world” countries, like the one operated by Dr. Kermit Gosnell, can’t meet basic health standards and regularly maim women. In St. Louis, Missouri, for example, the Planned Parenthood abortion center just sent two women to the hospital in 11 days. It has injured an average of one woman every 20 days over a period of eight and a half years.

On Facebook, more freedom for abortion pill vendors than pro-lifers?

In recent months, there have been numerous instances of Facebook denying law-abiding pro-lifers the latitude enjoyed by these abortion pill salesmen.

In January, Facebook blocked the creators of pro-life documentary Roe v Wade: The Movie from sharing the paid ads for its crowdfunding page.

Last December, it refused LifeSiteNews’ attempt to boost its report on Canadian pro-life activist Mary Wagner being forcibly removed from a Toronto abortion facility, claiming that the accompanying image was deceptive in some way it refused to specify.

And last November, Facebook censored, without notice or explanation, advertising by Wexford/Missaukee Right to Life in Michigan, though in that case it relented following media coverage of the scandal.

“Facebook only appears to respond to media attention to fix what they claim is a simple mistake,” Right to Life of Michigan president Barbara Listing said at the time. “We achieved no results working through Facebook’s customer service department and the Better Business Bureau.”