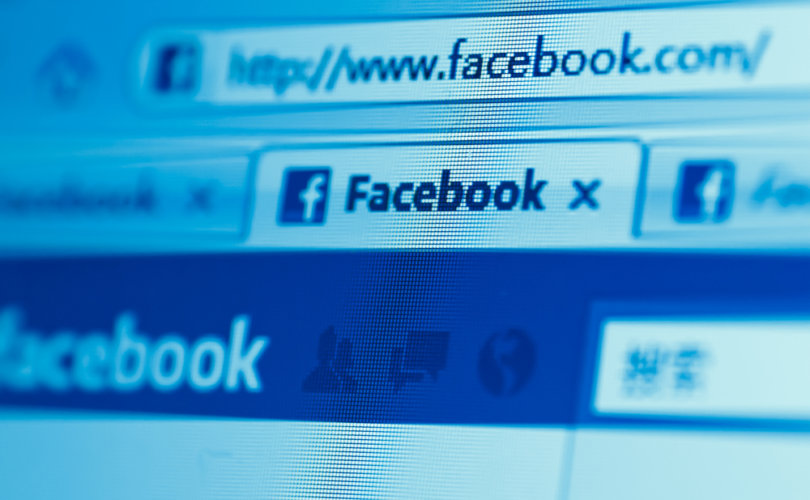 On Friday, the educational video series launched by conservative commentator Dennis Prager announced that as of Thursday, Aug. 16, at 10:00 PM PDT, Facebook analytics revealed that none of the group’s last nine posts were reaching any of PragerU’s 3 million Facebook followers, and that at least two videos were deleted entirely for supposedly containing “hate speech.”

“While we’ve experienced blatant discrimination from Google/YouTube, which is why we’ve filed legal action against them, this represents a whole new level of censorship by Facebook,” PragerU CMO Craig Strazzeri said. “At this point, Facebook has provided little clarity saying it will get back to us in another two to three business days, which in the world of social media might as well be an eternity.”

PragerU is currently suing YouTube and its parent company Google for restricting several of its videos as age-inappropriate, despite containing no adult language or graphic material that would violate YouTube’s Terms of Use and Community Guidelines.

“This is very troubling behavior from the world’s largest social network,” he continued. “Not only are they obviously ratcheting up their algorithms to target mainstream, conservative content and labeling it as hate speech, but they are now completely blocking our posts from public view. This is shocking and it should deeply concern every single American.”

Several hours after PragerU revealed the censorship, Facebook apologized for “mistakenly” removing the videos and promising to “look into what happened with your Page.” The company did not elaborate further.

We mistakenly removed these videos and have restored them because they don't break our standards. This will reverse any reduction in content distribution you’ve experienced. We’re very sorry and are continuing to look into what happened with your Page.

PragerU remains skeptical of the social media giant’s innocent explanation, however, instead accusing Facebook of “deliberate censorship of conservative ideas.”

Does anyone really believe this was simply a mistake? https://t.co/DZZ5MUmjg4

Removing two videos, marking them as “hate speech” and then subsequently censoring over 15 of our following posts to reach 0 of our 3 million followers is not a mistake. It’s deliberate censorship of conservative ideas. https://t.co/DZZ5MUmjg4

Facebook generally reverses such decisions after a few days of public outcry, claiming that such incidents are isolated errors rather than intentional bias. But conservative critics question why such “errors” persist with such frequency, and do not equally fall on both sides.

In the most high-profile recent case that has not been reversed, Facebook and several other companies banned conspiracy theorist Alex Jones from their platforms, in a move that mainstream conservatives (and some liberals) have condemned as starting a slippery slope for open debate. Critics have also noted that Facebook has not banned fringe figures on the left, such Nation of Islam leader and avowed anti-Semite Louis Farrakhan.

“It’s tough to say what’s gonna happen next, but we saw the president tweet about big tech censorship of conservative companies,” PragerU’s Will Witt said Sunday on Fox & Friends, referencing President Donald Trump’s tweets Saturday highlighting the subject. “This is becoming a mainstream issue, and you know, the more they censor us, the more they embolden us to speak out and do something about it.

“We will not be silenced anymore,” Witt declared.