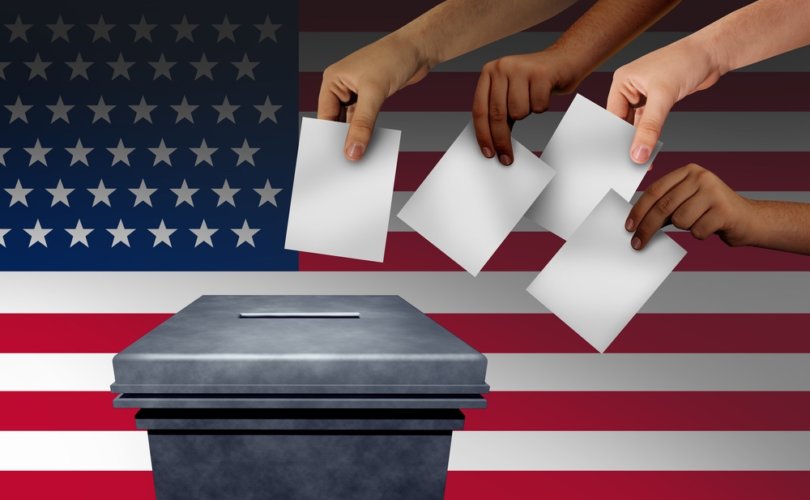 October 6, 2020 (LifeSiteNews) – Facebook announced it has banned ads across its platform and subsidiary Instagram that challenge the legitimacy of voting methods in the upcoming U.S. election, including mail-in ballots. Ads that highlight alleged voter fraud or that suggest results of the election could be invalid have also been banned.

The changes were announced by Facebook’s Director of Product Management Rob Leathern on Twitter last Wednesday. He said the expanded political advertising rules add to earlier regulations that restrict premature claims of victory.

“As we get closer to Election Day we want to provide further clarity on policies we recently announced. Last week we said we’d prohibit ads that make premature declarations of victory. We also won’t allow ads with content that seeks to delegitimize the outcome of an election,” wrote Leathern on Twitter.

“For example, this would include calling a method of voting inherently fraudulent or corrupt, or using isolated incidents of voter fraud to delegitimize the result of an election,” he added.

Facebook’s announcement comes weeks after Twitter expanded its rules to clamp down on supposed “misleading information” regarding mail-in ballots and election result claims from its users.

Last week, Facebook announced that any ads from U.S. President Donald Trump or former Vice-President Joe Biden, which claims victory before the official winner is declared, will be banned.

This change was a further update to a company policy Facebook’s CEO Mark Zuckerberg announced on September 3rd, which banned political ads’ one week before election day.

The new changes announced Wednesday were posted to a blog titled, “Prohibited Ads About Social Issues, Elections or Politics in the United States and Information on the 2020 Restriction Period.”

The blog states that ads to be banned include those that “portray voting or census participation as useless/meaningless and/or advise users not to vote or participate in a census.”

Also listed as banned are ads that “claim voter fraud,” and those that claim “the election date or the mechanism for electing the President can be changed in ways not permitted by the Constitution or federal law.”

Banned as well are ads that offer “premature claims of election victory,” and those that “are inconsistent with health authorities on voting safely.”

Despite Facebook’s new ban on political ads, the company has been leading the charge in a push to get people to register as voters for the 2020 election.

In June, Zuckerberg said that his goal was for at least 4 million registered voters.

The company recently staged a weeklong voter “Registration Drive” which it said is the “largest voting information campaign in American history, with the goal of helping register 4 million eligible voters in the US this year.”

As part of their voter “registration drive” the company began to display its Facebook, Instagram, and Messenger app users notifications taking them to their respective state’s official website “or one of our non-partisan partner organizations if online voter registration isn’t available in their state.”

The company’s “Voting information centre” website lists offer information voting by mail and in person. Facebook's site lists a page that they claim shows how mail-in voting has “a long history of trustworthiness in the US.”

Trump is a critical opponent of Twitter and its “fact check” label and has accused the platform of “interfering in the 2020 Presidential Election.”

Twitter has in the past posted “fact checks” besides many of Trump’s tweets, including recently one he tweeted about mail-in voting in South Carolina. It has also outright censored his tweets as well.

In May, Trump signed an Executive Order (EO) designed to combat social media censorship. Trump’s EO stated that the federal government will now more narrowly interpret the legal immunities social media companies currently have as per Section 230 of the Communications Decency Act.

Late last week a Senate committee voted to issue subpoenas to the CEOs of Facebook, Twitter, and Google for them to testify before the U.S. Congress.

The social media CEOs will be asked to answer questions from the Commerce, Science, and Transportation Committee over Section 230.

Facebook also announced last Wednesday that it is “prohibiting anyone on our platform from running ads that praise, support or represent militarized social movements and QAnon.”

The QAnon “conspiracy theory” claims that a worldwide cabal of pedophile devil worshippers plans to bring down Trump and that he is battling them for a “day of reckoning.”

The social media photo-sharing app Snapchat introduced an in-app voter registration option back in August and recently announced that it has helped over 1 million people register to vote, saying that the majority of them are first-time voters.

Video sharing platform TikTok, which the Trump administration is trying to ban over data privacy concerns, recently announced that it too is offering voter information to their users.

2020 is not the first election in which social media companies have urged people to register to vote, with Facebook saying that for the 2016 and 2018 midterm elections, they had around 2 million people registering to vote via their platform

A Newsbusters report which was reprinted on LifeSiteNews goes over how both Facebook and Google have partnered with left-wing organizations such as Democracy Works, to help them come up with their respective online 2020 election strategies.