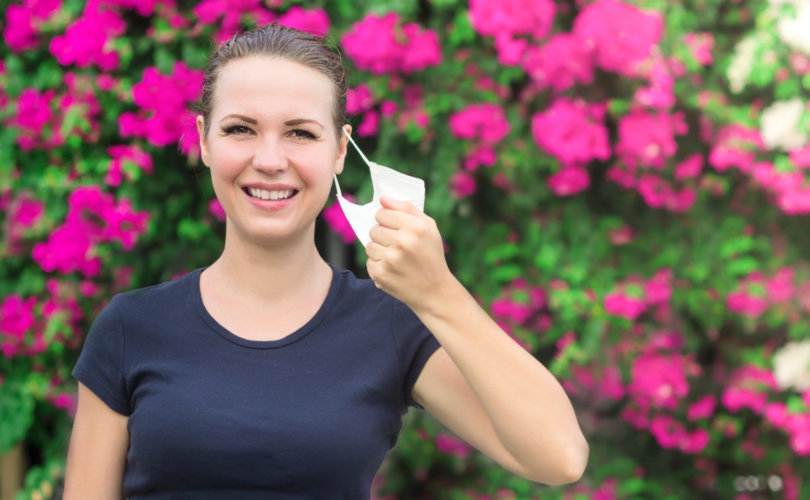 August 28, 2020 (LifeSiteNews) — Facebook censored a viral LifeSiteNews petition calling for the end of mandatory mask requirements in the United States. The petition has nearly 83,000 signatures.

Hundreds of users attempted to share the petition to their Facebook profiles only to be met with warning signs that it was “abusive” and “in violation of community standards.”

After three days of email exchanges with Facebook seeking clarification on the matter, LifeSite director of marketing Rebekah Roberts was told that “a mistake” had been made in blocking the petition and that users “should now be able to post this link without any issues on our platform.”

“Thank you again for flagging this for us,” Facebook’s email read. “This was a mistake on our end and we apologize for the inconvenience and confusion this caused.”

While acknowledging the move could have been a result of Facebook taking tentative measures by simply blocking what others deemed offensive, Roberts says she has her doubts.

“For several days this story was banned for being marked as ‘abusive.’ Then it was considered in violation of community standards. It seems to me that Facebook was totally fine with going along with whatever was reported to them without getting all the facts.”

“Blatant censorship and suppression is happening not just on our stories but hundreds of other individuals and organizations are experiencing the exact same thing,” Roberts continued. “I'm excited for our ‘Big Tech Censorship’ series coming at the beginning of September — it will really show everyone the extent of the censorship happening right now.”

Dozens of concerned readers emailed LifeSite about the petition.

“Thank you for your good work!” one person said. “Please note that Facebook is censoring sharing this petition on mandatory masks through simply stating other users have reported the content as abusive!”

“I fail to see that the content is abusive,” they continued, “unless the content does not line up with the agenda of those feeling ‘abused,’ which begs the question, how do we determine what is abusive per definition, based on feelings or facts? I thought the USA has put an end to social media platforms from being abusive in this way?”

Another reader told LifeSite, “It is perhaps time you and we all move from Facebook.”

In February, a website designated by Facebook as an official “fact-checker” inaccurately labeled as “false” a LifeSiteNews report about the Swiss government’s plans to provide assisted suicide to criminals.

For additional evidence of other tech censorship of conservative and Christian voices, click this link. To add your name to the petition demanding an end to mandatory mask requirements in the United States, click here.