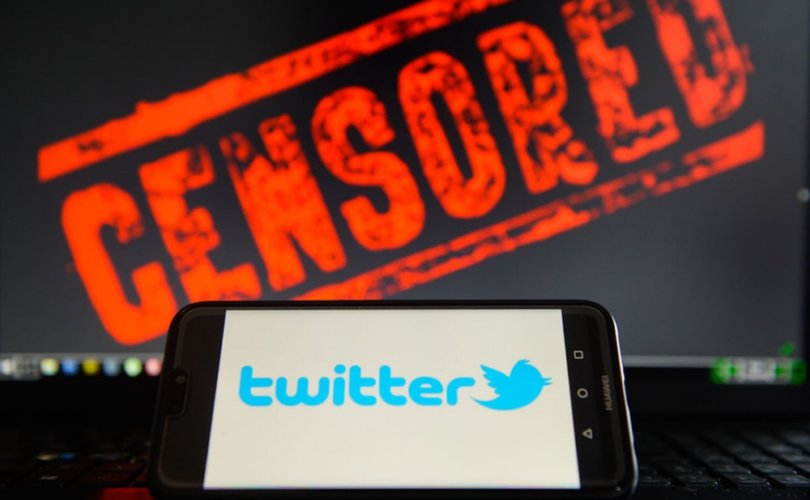 October 18, 2018 (LifeSiteNews) – Gosnell: The Trial of America's Biggest Serial Killer is currently playing in theaters nationwide, but one of the film’s producers says that Facebook is doing its part to keep Americans from knowing about it.

The film depicts Philadelphia abortionist Kermit Gosnell’s arrest, trial, and conviction for the first-degree murder of three born-alive babies and the involuntary manslaughter of patient Karnamaya Mongar. It’s based on a similarly-titled book by the film’s producers, investigative journalists Ann McElhinney and Phelim McAleer.

According to the 280-page grand jury report, Gosnell killed hundreds of newborns who survived abortion in his blood-stained clinic by cutting their spinal cords with scissors. Witnesses described infants who survived initial abortion attempts as “swimming” in toilets “to get out.” He is currently serving a life sentence for his crimes.

The film is based heavily on the grand jury report, as well as extensive prison interviews with Gosnell himself and consultation with Assistant District Attorney Christine Wechsler and Detective James Wood, key players in the case.

The film has earned high praise from pro-life and conservative reviewers and a 99% audience score from Rotten Tomatoes users, but much of the mainstream media has largely ignored it – and one of the filmmakers says the world’s biggest social media platform is trying to suppress it.

Facebook has rejected several attempts to “boost” posts pertaining to the movie as advertisements, McAleer told WND Friday, including one deemed “political speech” despite simply linking to an article in a “mainstream Hollywood publication.” Another censored post highlighted Tucker Carlson’s interview with ex-Superman actor Dean Cain (who plays Wood in the film).

“The establishment hates that the truth is getting out there,” McAleer said. “It seems they don’t even like Superman. No one is safe from censorship at this rate.” He added that Facebook gave him “vague promises to investigate, but nothing has changed.”

The Federalist has additional examples of rejected Gosnell ads: two that simply advertise a private screening with co-star AlonZo Rachel and a clip of the film, and one highlighting a report about Planned Parenthood pressuring at least one venue to cancel planned screenings.

“Facebook is censoring this story and destroying our attempts to get the news about this film out to the public. Facebook is essentially silencing these children and women whom Gosnell murdered,” McAleer explained. “This is content journalists should be covering but Facebook is putting their thumb on the scale because they do not like the content. Audiences want to see this content and we’re willing to pay for the advertising but again they are demonstrating their bias against a true crime story.

“As independent filmmakers, we have a limited budget and Facebook was a mainstay of our outreach efforts,” he noted.

This is just the latest roadblock to be thrown in the film’s path. Every major Hollywood distributor rejected it, forcing producers to turn to crowdfunding (more than 30,000 people ultimately donated $2.2 million). Judge Jeffrey Minehart, the trial judge in the case, tried to block both the movie and the book with a defamation suit. NPR objected to advertising text that referred to Gosnell as an “abortionist” or “abortion doctor.”

One of the few mainstream media outlets to review the film so far is the Washington Post, which published a review Tuesday by Liberty University English professor Karen Swallow Prior.

She said the film’s quality was “on par with a made-for-television true crime drama,” but was “impressive solely for making it this far” despite its hurdles. More importantly, she called it an “honest film” that “offers us all the chance to glimpse some of what may happen in some clinics, if we will but refuse to turn a blind eye, regardless of what policies and politics we support.”

Gosnell grossed $1,235,800 over its opening weekend, making it the most successful independent film, fourth most successful new release last weekend, and 12th overall at the box office. A complete list of theaters screening Gosnell can be found on the movie’s official website.