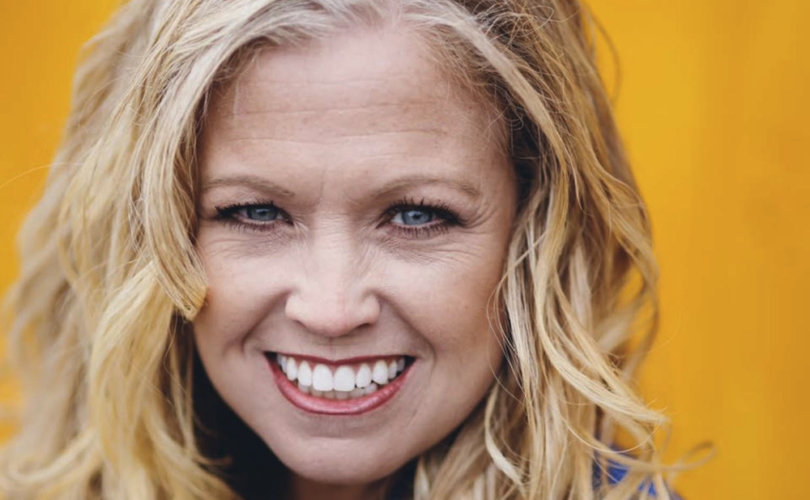 ZANESVILLE, Ohio, February 20, 2017 (LifeSiteNews) — Facebook founder Mark Zuckerberg says he wants to use his platform to build a worldwide “inclusive community.” However, a Christian ‘vlogger’ found out there appears to be no room in it for her as long as she quotes Bible passages about homosexuality.

Elizabeth Johnston, aka the “Activist Mommy,” says there is a big disconnect between Zuckerberg’s recent call for a global “inclusive community” and Facebook’s “censorship of Christians.”

“They are muzzling me and my biblical message while Mark Zuckerberg claims that FB is unbiased,” she stated in a news release.

She has had her page frozen three times now, twice in seven days, because of her posts. Last week, she posted her argument that the Bible condemns homosexuality, using Old and New Testament sources. Facebook summarily removed the post and suspended her access to the page. It also stripped her of her ability to respond to private comments for three days.

Once she was unfrozen, she complained about censorship and restored the original blog. Facebook removed it again. She was frozen for another seven days and cut off from her 70,000 followers.

“The post Facebook deleted included no name-calling, no threats, and no harassment. It was intellectual discussion and commentary on the Bible,” Johnston said of her scriptural choices, which were unmistakably strong condemnations of homosexuality.

Johnston has asked Facebook to explain “why the doctrine of tolerance only applies to those who subscribe to Mark Zuckerberg’s Silicon Valley leftist ideology.”

LifeSiteNews has also asked Facebook, which 1.86 billion people use each month, if it will allow discussion of homosexuality at all, or only if the Bible is not cited.

Johnston says she’s “very appreciative of the platform Facebook gives us to promote family values.” She told LifeSite she could understand being censored “if I were threatening people or posting slander. But this is a classic case of censorship of Christians and our First Amendment rights to free speech.”

Facebook states that it “removes hate speech, which includes content that directly attacks people based on their race, ethnicity, national origin, sexual orientation … ”

Johnston acknowledges that she depends on Facebook’s unequaled access “to connect with my supporters.” She also acknowledges that Facebook “has the right to set their own rules.” However, she notes that Zuckerberg also claims to be unbiased.

All it takes to be frozen as she has been, Johnston told LifeSite, is for a few “liberal trolls and bullies” to complain.

In response to Facebook’s action, Johnston said she has joined a new rival site, Andrew Torba’s Gab. Torba has himself been frozen by Facebook censors and is offering his platform as a “free speech alternative to Twitter, to Facebook, to Reddit.”

Torba told Breitbart the Gizmodo affair prompted him to start Gab. According to spokesman Utsav Sanduja, it has 150,000 members and a waiting list of 400,000.