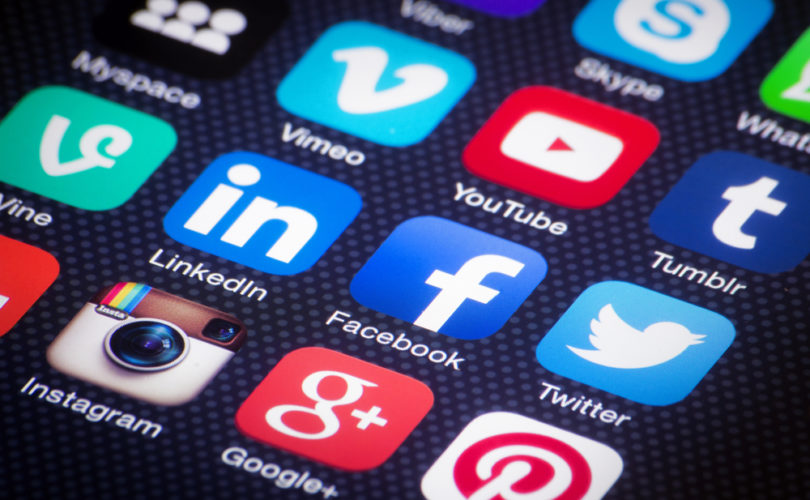 March 23, 2020 (LifeSiteNews) – The world’s top technology and internet companies, including Facebook, Google, Microsoft, and Twitter, responded to the global coronavirus pandemic by banding together to pledge their cooperation in disseminating accurate information about the health threat and preventing the spread of misinformation. But critics fear excessive dependence on social media carries risks of its own.

“We are working closely together on COVID-19 response efforts,” reads a joint statement released last week by Facebook, Google, YouTube, LinkedIn, Microsoft, Reddit, and Twitter. “We’re helping millions of people stay connected while also jointly combating fraud and misinformation about the virus, elevating authoritative content on our platforms, and sharing critical updates in coordination with government healthcare agencies around the world. We invite other companies to join us as we work to keep our communities healthy and safe.”

Facebook, Twitter, and YouTube have all launched tools to promote information vetted and endorsed by medical authorities, as well as outlined the steps they’re taking to scan for and remove postings ranging from popular misconceptions to fraudulent advice – even obvious satire, in Twitter’s case.

While some of these rules are fairly straightforward, critics fear some of them could potentially cross the line from halting the spread of misinformation into stifling legitimate debate about the wisdom of government’s response as well as the true threat of the virus, a relatively new and evolving situation on which the experts themselves are not of one mind.

Google’s efforts, meanwhile, have already produced some hiccups, such as inadvertently blocking legitimate news apps and even the U.S. Centers for Disease Control from appearing in certain searches on the Google Play store.

“Social media is an important tool for connecting, particularly in times when we are forced to be apart. But using it as our primary or only source of accurate news information – particularly in a public health crisis that is evolving at warp speed – may be risky,” warned Cara Zwibel, director of the Fundamental Freedoms Program at the Canadian Civil Liberties Association.

Zwibel noted that the erroneous removal of legitimate information from these platforms was unsurprising, given their reliance on automated programs over human reviewers. “What the current environment serves to highlight is the increasingly significant role that these private companies play in how we access and consume information,” she said. “It also makes plain some of the challenges and costs associated with using algorithms to moderate and, in some cases, censor, expressive content.”

While concern lingers over tech giants wrongly removing too much content, at the same time critics are accusing these same companies of leaving up some of the most egregious instances of misinformation from influential figures. Last week, Breitbart faulted Twitter for deciding to let stand a tweet in which Tesla CEO Elon Musk claims “kids are essentially immune” from the coronavirus, which the U.S. Centers for Disease Control says is untrue.

More seriously, Republican Sen. Ben Sasse of Nebraska and Rep. Mike Gallagher of Wisconsin have written to Twitter CEO Jack Dorsey demanding that the platform take down tweets from Chinese government officials and state-owned media outlets lying about the regime’s initial handling of the outbreak and spreading conspiracy theories about the virus actually originating in the United States.

“It is clear that Chinese Communist Party officials are using Twitter to disseminate propaganda in the midst of a dangerous global crisis,” the letter continued. “Even worse, this propaganda obscures and confuses users over the origins of the COVID-19 pandemic and potentially undermines efforts to contain and control the outbreak. We believe this behavior more than warrants their removal from the platform.”

As of Monday afternoon, the Chinese tweets in question remained live.