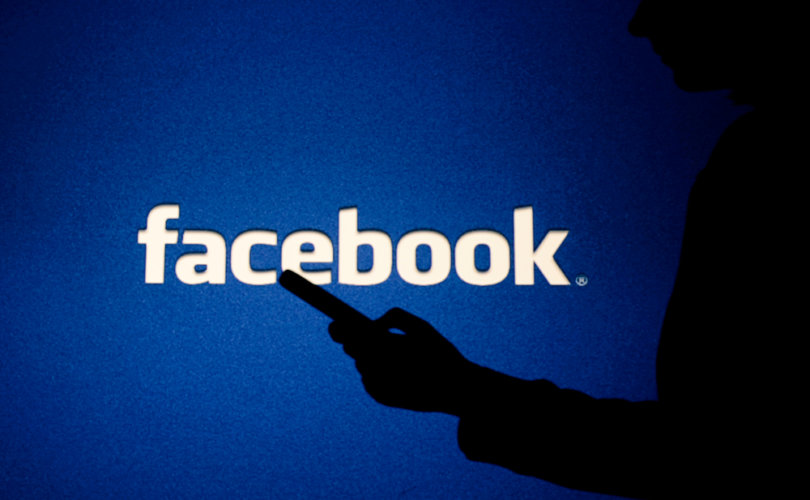 (LifeSiteNews) — Facebook and Instagram will temporarily allow users in some countries to call for violence against Russian military in the “context” of Russia’s invasion of Ukraine.

“We are issuing a spirit-of-the-policy allowance to allow T1 violent speech that would otherwise be removed under the Hate Speech policy when: (a) targeting Russian soldiers, EXCEPT prisoners of war, or (b) targeting Russians where it’s clear that the context is the Russian invasion of Ukraine (e.g., content mentions the invasion, self-defense, etc.),” Meta Platforms (formerly known as Facebook, Inc.) wrote in an internal email to moderators, viewed by Reuters on Thursday.

“We are doing this because we have observed that in this specific context, ‘Russian soldiers’ is being used as a proxy for the Russian military. The Hate Speech policy continues to prohibit attacks on Russians,” the email stated.

Publicly shared Meta communications did not provide a full example of how a social media user might acceptably call for violence against Russian civilians in the context of Russia’s invasion.

Reuters also shared that according to emails, Meta is also “temporarily allowing some posts that call for death to Russian President Vladimir Putin or Belarusian President Alexander Lukashenko.” Belarus has been the target of sanctions despite its lack of direct participation in the conflict, because its land has been used as a launching pad for Russian attacks on Ukraine.

One email revealed that the call for these leaders’ deaths will be allowed “unless they contain other targets or have two indicators of credibility, such as the location or method,” shared Reuters.

The speech policy changes will be enforced in the countries of Armenia, Azerbaijan, Estonia, Georgia, Hungary, Latvia, Lithuania, Poland, Romania, Russia, Slovakia, and Ukraine, according to one email.

A Meta spokesperson said in a statement that “credible calls for violence against Russian civilians” remain prohibited, even as they make allowance for “forms of political expression that would normally violate” their rules, “such as ‘death to the Russian invaders.’”

Meta is also reversing its prior 2019 ban on social media praise for the Azov Battalion, a paramilitary force within the Ukrainian National Guard. The platform had classified the group alongside the Ku Klux Klan, the Islamic State, and numerous terrorist groups under Facebook’s Dangerous Individuals and Organizations policy.

A 2016 report by the United Nation’s Office of the High Commissioner for Human Rights (OHCHR) found that some Azov soldiers had raped and tortured civilians during the 2014 Russian invasion of Ukraine.

According to a company spokesperson, Meta is “for the time being, making a narrow exception for praise of the Azov Regiment strictly in the context of defending Ukraine, or in their role as part of the Ukraine National Guard,” shared Reuters.

Russia’s Investigative Committee announced Friday that Russia has opened a criminal case against Meta Platforms. The country’s state prosecutor’s office said it had applied to recognize Meta as an extremist organization, according to Reuters.

“Such actions of the (Meta) company’s management not only form an idea that terrorist activity is permissible, but are aimed at inciting hatred and enmity towards the citizens of the Russian Federation,” the office said.

In a Thursday tweet, Russia’s embassy in the United States “demand[ed]” that U.S. authorities “stop the extremist activities of @Meta, take measures to bring the perpetrators to justice.”

“Users of Facebook & Instagram did not give the owners of these platforms the right to determine the criteria of truth and pit nations against each other,” said the embassy.