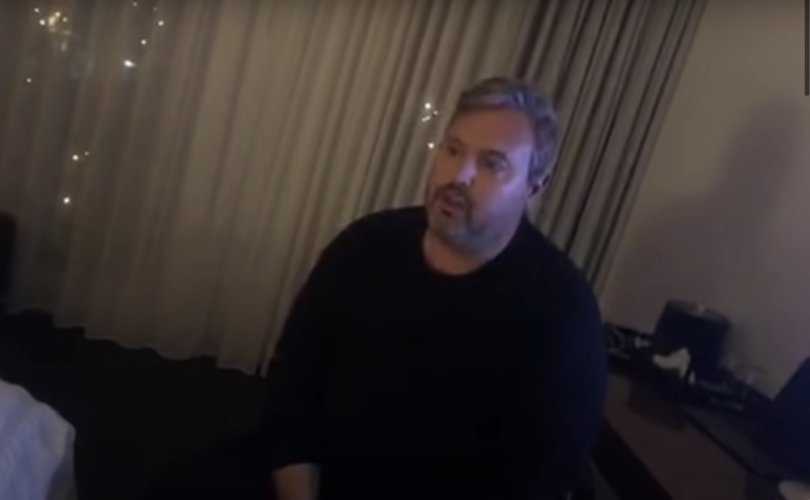 PCI’s Eric Schmutte told Ngo that he is sending the evidence the group has gathered to Columbus law enforcement, as well as police in Miles’ apparent hometown of Palm Springs, California.

“I was flirting, I was talking to him,” Miles admits in the video. He can be seen initially denying “any intention of meeting up with him,” only to later admit that “I gave a location.”

Miles has also been a board member of the LGBT group Equality California. The group no longer lists him as such on its website, though it did as recently as February 5.

Jeren Miles was allegedly caught in a child sex sting that was livestreamed on YouTube channel "Predator Catchers Indianapolis." Miles is an LGBTQ activist & serves on the board of directors for Equality California. He's deleted all his social media. Video:https://t.co/Q0vylN3sLN pic.twitter.com/xCs9uSbMNE

Last year, Seymour, Indiana prosecutor Jeffrey Chalfant expressed disapproval of PCI’s activities, saying his office “will not file criminal cases based on investigations conducted by vigilantes.” But in this case, PCI’s evidence was enough for Meta to cut ties with Miles.

“The seriousness of these allegations cannot be overstated,” a company spokesperson told the Daily Caller. “The individual is no longer employed with the company. We are actively investigating this situation and cannot provide further comment at this time.”

This is not the first time Facebook has suffered negative publicity related to sexual crimes. Last year, the social network was sued for failing to prevent its platform from being used by sex traffickers.