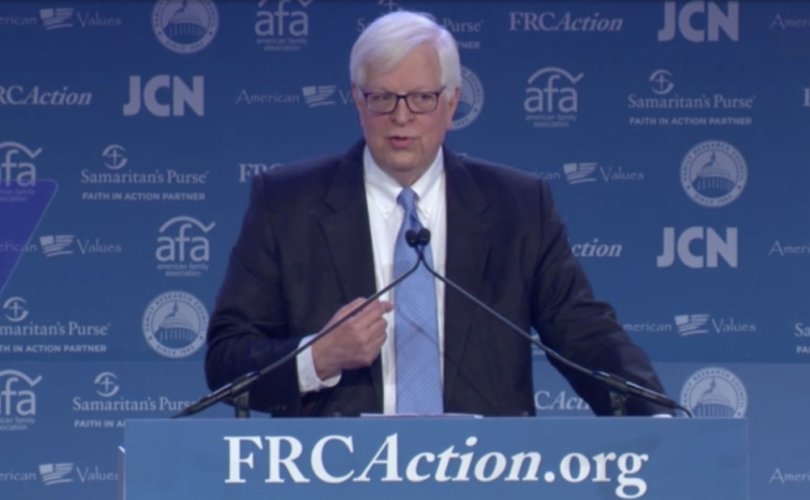 May 22, 2020 (LifeSiteNews) – Facebook has restricted the conservative educational nonprofit Prager University (PragerU) for alleged “repeated sharing of false news,” based on a single, disputed “fact-check” of a recent climate change video.

The website Climate Feedback disputed those statements, arguing there is “no scientific evidence that the global polar bear population is growing and there is evidence that several subpopulations are declining,” and that the loss of sea ice is “recognized as the most important threat to the long-term survival of polar bears.”

Zoologist and former University of Victoria, British Columbia professor Susan Crockford responded to Climate Feedback’s “fact-check” in a blog post and an interview with PragerU, endorsing the video’s original conclusions and explaining the dispute as scientists emphasizing different points and arriving at different conclusions.

“This is a classic conflict that happens all the time in science but presents no proof that I’m wrong or that the PragerU video is inherently ‘false,’” she said.

Nevertheless, rather than recognizing the matter as part of an ongoing scientific debate, Facebook simply cited PragerU for “repeated sharing of false news” and “misinformation.” punishing the organization’s page with “reduced distribution and other restrictions,” which could include demonetization.

.@Facebook has flagged this video, reducing its reach and reducing our entire page distribution. pic.twitter.com/vWij6nW52d

“Unfortunately, this is just the latest in a long-running pattern of big tech companies silencing conservative speech on their platforms,” PragerU told Breitbart News. “Clearly, Facebook wants to keep its hands clean and pass all responsibility for content moderation to these third party “fact-checkers.” Facebook claims that we can appeal directly with the fact-checker, but they themselves won’t do anything about it.”

For years, Facebook has faced criticism for suppressing or otherwise discriminating against many right-of-center pages and posts, while multiple analyses have found that Facebook’s algorithm changes instituted at the beginning of 2018 disproportionately impacted conservative politicians and websites. Last year, an insider revealed that Facebook “deboosts” traffic to several mainstream conservative sites.

Facebook often reverses such censorship actions after sufficient media coverage pressures them to do so, insisting they were isolated errors rather than part of a willful pattern. Still, such incidents continue to happen, and conservatives say they do not trust Facebook’s content Oversight Board, which is largely staffed by left-wing figures, to protect their freedom of speech.

Facebook is not the first social media giant to go after PragerU. YouTube currently places age restrictions on more than 200 of the nonprofit’s videos, despite their lack of sex, nudity, foul language, graphic violence, or otherwise age-inappropriate material. PragerU has gone to court to rectify the situation, so far without success.