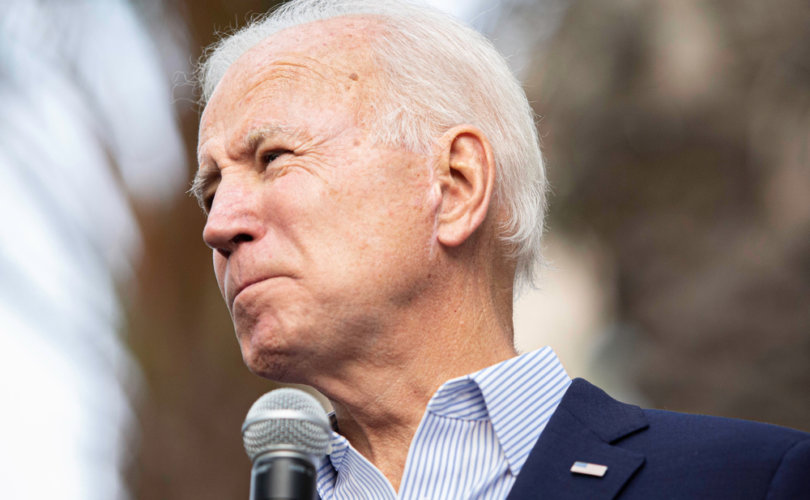 “There is an election coming in November and we will protect political speech, even when we strongly disagree with it,” Facebook said in a statement.

In an open letter released yesterday, the Biden campaign accused Facebook of having taken “no meaningful action” in terms of using “its platform to improve American democracy rather than as a tool to spread disinformation that undermines our elections.”

Biden claimed that Facebook “continues to allow Donald Trump to say anything — and to pay to ensure that his wild claims reach millions of voters.” According to the former Vice President under President Barack Obama, “Trump and his allies have used Facebook to spread fear and misleading information about voting, attempting to compromise the means of holding power to account: our voices and our ballot boxes.”

Less than 150 days from the election, the Biden campaign provided several recommendations “to fix the problems” Facebook allegedly has.

“We call for Facebook to proactively stem the tide of false information by no longer amplifying untrustworthy content and promptly fact-checking election-related material that goes viral,” the open letter stated.

Biden also wants Facebook “to stop allowing politicians to hide behind paid misinformation in the hope that the truth will catch up only after Election Day. There should be a two-week pre-election period during which all political advertisements must be fact-checked before they are permitted to run on Facebook.”

Finally, the open letter called “for clear rules — applied to everyone, including Donald Trump — that prohibit threatening behavior and lies about how to participate in the election.”

Facebook promptly responded, pointing out that “[w]e live in a democracy, where the elected officials decide the rules around campaigns.”

“Two weeks ago the President of the United States issued an executive order directing Federal agencies to prevent social media sites from engaging in activities like fact-checking political statements,” Facebook emphasized. “This week, the Democratic candidate for President started a petition calling on us to do the exact opposite.”

According to Facebook, government could regulate political advertisements online similar to the regulations already in place for traditional broadcast networks, “where the US government prohibits rejecting politicians’ campaign ads.” The tech company promised to follow any rules implemented in this way. It rejected following Biden’s ideas of censorship.

On the other hand, Zuckerberg claimed on May 28 that Facebook “shouldn’t be the arbiter of truth of everything that people say online.” He said, “Private companies probably shouldn’t be, especially these platform companies, shouldn’t be in the position of doing that.”

Facebook had also introduced an international Oversight Board packed with leftists and people with ties to globalist George Soros, wielding massive power to judge what is acceptable speech.

“Facebook’s Oversight Board will have the final say on content that gets taken down or left up,” wrote Newsbusters. “With only two conservative voices on the board, conservatives are already poorly represented and that only scratches the surface of the board’s problems. Some of the new members of the board are so radical that they undermine the board’s neutrality.”

The Oversight Board was created to “help Facebook answer some of the most difficult questions around freedom of expression online: what to take down, what to leave up, and why.”

Within 24 hours of President Donald Trump signing an executive order on May 28 to combat social media censorship, the social media giant slapped a tweet published by Trump with a warning label.

Trump had commented on the riots in Minneapolis, saying, “These THUGS are dishonoring the memory of George Floyd, and I won’t let that happen. Just spoke to Governor Tim Walz and told him that the Military is with him all the way. Any difficulty and we will assume control but, when the looting starts, the shooting starts. Thank you!”