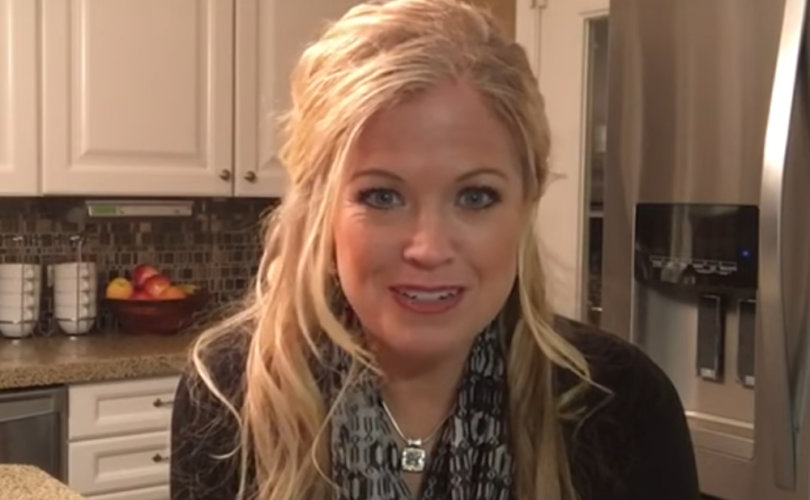 LifeSiteNews reported last week that Facebook suspended Johnston, a homeschooling mother of ten who comments on various cultural issues, for an unspecified post that allegedly violated the website’s “standards on hate speech.” Facebook apologized for “mistakenly flagg[ing]” her content, but did not identify the offending post.

On Friday, Johnston announced she had been hit with a new seven-day suspension after sharing a LifeSiteNews article about an Ohio judge who refused to approve name changes for gender-confused teenagers.

“This is what bullying looks like in 2018!” Johnston wrote in her post accompanying the link. “‘Normalize our mental illness or we will sue you!’ Small minds must use these tactics. Pathetic!” She concluded the post with the hashtag #GenderInsanity.

She then received a message from Facebook saying she couldn’t post, comment, or use the Messenger app for seven days. “This is because 2 of your posts go against our Community Standards on hate speech,” it read, “and because you previously posted something that didn’t follow our standards.”

“That’s right folks. If you don’t bow to the trans agenda, you’ll be muzzled and lose your platform. Free speech is dead in America,” Johnston responded in a post she was only able to get on Facebook “because it’s coming through Instagram.” During her previous suspension, she was able to have other admins keep the Activist Mommy Facebook page updated.

Despite Facebook’s suggestion that calling gender confusion a mental disorder constitutes “hate speech,” the American Psychiatric Association still classifies gender dysphoria as a mental disorder, as did the World Health Organization until this summer.

Studies indicate that between 80-90 percent of children experiencing gender dysphoria outgrow it on their own by late adolescence. In cases where it persists, a variety of studies from around the world find that gender-confused individuals have a heightened tendency to engage in self-harm, which is not mitigated by “identity” reinforcement up to and including full sex-reassignment surgery.