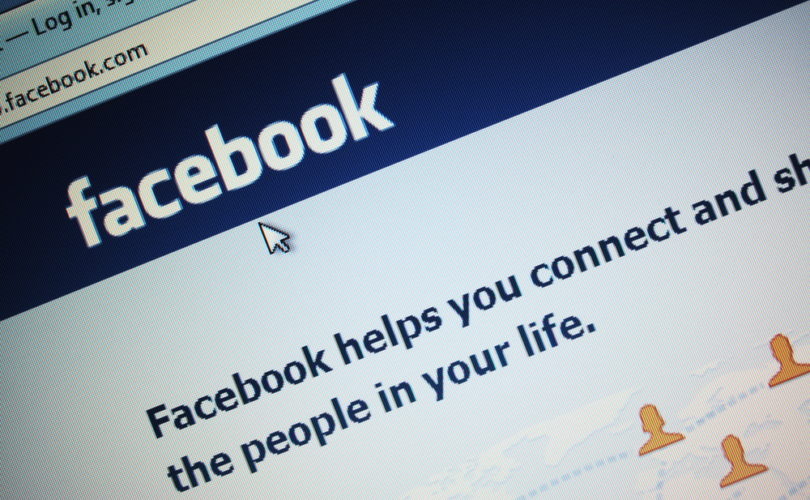 MENLO PARK, California, May 26, 2017 (LifeSiteNews) — A leaked copy of Facebook’s secret rules for moderating problematic content reveals that while videos of violent death should either be deleted or marked as “disturbing,” videos of abortion are okay.

“Videos of violent deaths, while marked as disturbing, do not always have to be deleted because they can help create awareness of issues such as mental illness…Videos of abortions are allowed, as long as there is no nudity,” reported The Guardian of Facebook's internal guidelines that it managed to obtain.

But those who have worked in the abortion industry know first hand that death by abortion is one of the most violent of deaths.

In 2012 former abortionist Dr. Anthony Levatino, who performed about 1200 abortions before turning his life around, testified before a U.S. House subcommittee about the brutality of abortion.

“Picture yourself reaching in [the mother’s womb] with the Sopher clamp and grasping anything you can. At twenty-four weeks gestation, the uterus is thin and soft so be careful not to perforate or puncture the walls. Once you have grasped something inside, squeeze on the clamp to set the jaws and pull hard – really hard. You feel something let go and out pops a fully formed leg about six inches long. Reach in again and grasp whatever you can. Set the jaw and pull really hard once again and out pops an arm about the same length. Reach in again and again with that clamp and tear out the spine, intestines, heart and lungs,” he said.

“The toughest part of a D&E abortion is extracting the baby’s head. The head of a baby that age is about the size of a large plum and is now free floating inside the uterine cavity. You can be pretty sure you have hold of it if the Sopher clamp is spread about as far as your fingers will allow. You know you have it right when you crush down on the clamp and see white gelatinous material coming through the cervix. That was the baby’s brains. You can then extract the skull pieces. Many times a little face may come out and stare back at you. Congratulations! You have just successfully performed a second-trimester Suction D&E abortion,” he added.

Last year Levatino, with the help of Live Action, released a series of videos showing what abortion really looks like.

One pro-life critic says that for Facebook to treat abortion as if it weren’t a violent death of a human being is not only offensive, but creates a double standard.

“If abortions are allowed to be shown, then can we show pictures of aborted babies so people really know what abortion does to children?” a pro-life woman from The Activist Mommy blogged. “I already know the answer to that question. The hypocrisy is glaring.”

Facebook has been used as a platform by abortion advocates to promote the death of preborn children. And Facebook appears to have no problem with this. Earlier this month the social media platform apologized for accidentally shutting down “in error” the Facebook page of Women on Web, a pro-abortion organization that sells illegal abortion pills.