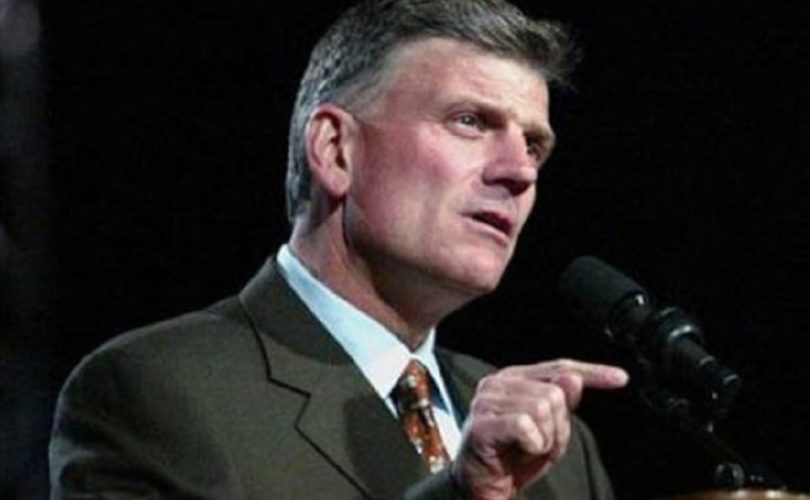 The Asheville Citizen Times reported on Sunday that Facebook banned Graham for 24 hours in December after judging that he had violated its “hate speech” standards. A statement by a Facebook spokesman claimed that a company staffer had mistakenly dropped Graham from the platform.

Graham is the son of the famed evangelist Billy Graham. On Twitter, Franklin Graham wrote that his post had supposedly violated Facebook’s “community standards on hate speech.” He added, “Facebook is making & changing the rules.”

Graham had written about the now-repealed North Carolina House Bill 2, which required people to use restrooms conforming to their sex rather than alleged transgender status.


Graham wrote in his original post on Facebook that “a nation embracing sin and bowing at the feet of godless secularism and political correctness is not progress.”

Speaking on a “Fox & Friends” Sunday segment, Graham said that he had been subjected to a “personal attack.”

“If you disagree with [Facebook’s] position on sexual orientation, then you can be classified as hate speech or that you’re a racist,” he said. The preacher acknowledged that as a private corporation, Facebook can “certainly do what they want,” but said he hopes it will produce a new standard for content “based on God’s word.” He stressed that he accepts Facebook’s apology, something he also wrote on Facebook twice.

He added, “The Bible is truth, and I hope they would look to the Bible and get some instruction from God’s word.”