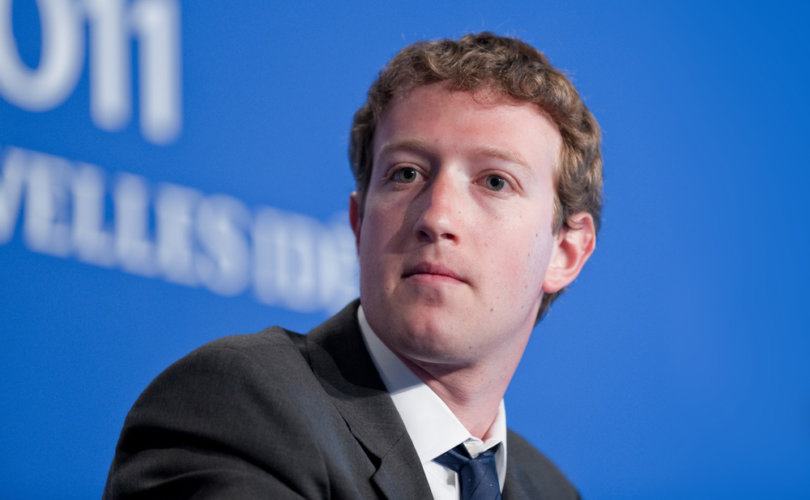 SAN FRANCISCO, California, May 7, 2018 (LifeSiteNews) – Facebook will conduct an internal review to address allegations of anti-conservative bias, according to a new report.

The social media company has invited former Sen. Jon Kyl, R-AZ, to lead a team from the Washington, DC law firm Covington and Burling to conduct the audit, Axios reports. The team will reportedly take feedback from conservative organizations and use it to recommend changes to Facebook’s policies.

Kyl retired in 2013 after 18 years in the Senate. Heritage Action, the conservative Heritage Foundation’s political advocacy arm, gave him a score of 77%, slightly above the Senate GOP average of 73%.

In addition, Facebook executives will meet with the Heritage Foundation to discuss bias and censorship issues, according to the report. Heritage vice president of communications Rob Bluey told Axios it “sounds encouraging that Facebook is taking steps to evaluate where things stand in the marketplace and hear concerns.”

“I think it's wholly right that conservatives want to be treated fairly and enjoy the benefits of the service like anyone else,” Heritage technology policy expert Klon Kitchen, who hosted an event last week with Facebook’s Monika Bickert, told USA Today. “If Facebook is doing a reasonable job of that now, it’s up to Facebook to make that case.”

“If there are systemic problems, they should deal with that, not only to do well as a company, but also for the sake of consumers to provide the best product possible,” he added.

Kitchen previously told Breitbart News that however Facebook might be discriminating against conservative users, Heritage would be “very clear about a private company’s right to organize and conduct its business as it sees fit.” Others have argued that Facebook’s unprecedented ability to influence elections makes it a special case. Sen. Ted Cruz, R-TX has noted that existing regulations forbid Facebook from exercising political preferences over users’ content if it wants to qualify as a “neutral public forum.”

While admitting that Facebook has not given Heritage “total transparency or decisive answers on all of our questions,” Kitchen maintained that “in terms of their response to us and their professionalism, they’ve been nothing but top notch.” He expressed confidence that Facebook has “given every indication that they are” serious about reforming.

However, Breitbart warns that Covington and Burling happens to be the law firm in which Eric Holder, Barack Obama’s former Attorney General, is a partner.

Last fall, Rep. Bob Goodlatte, R-VA, released a “smoking gun” email showing that Holder’s Justice Department allowed companies to donate money to liberal groups as settlement payments, but actively prevented companies from donating to conservative groups under the practice. In February, Holder said it was “unnecessary” for the Trump administration to apologize for the Obama IRS targeting conservative groups.

A 50-page report recently released by the conservative Media Research Center (MRC) notes that several former Facebook employees have admitted the platform “routinely” manipulated its trending news feature to exclude topics of interest to conservatives, while it relies on left-leaning publications such as Snopes and PolitiFact to “fact-check” content.

LifeSiteNews has covered multiple instances of Facebook censoring conservative and Christian content. These include classifying Black conservative commentators Diamond and Silk as “unsafe to the community,” censoring a pro-life documentary on Roe v. Wade, and refusing to run a Holy Week ad by the Franciscan University of Steubenville featuring the San Damiano Cross. In addition, a study by the conservative Western Journal found that left-of-center sites enjoyed a nearly 14% traffic increase following algorithm changes last fall, whereas popular conservative sites saw a 27% decline.

“Social media companies must address these complaints if they wish to have any credibility with the conservative movement and its tens of millions of supporters,” the statement warned.