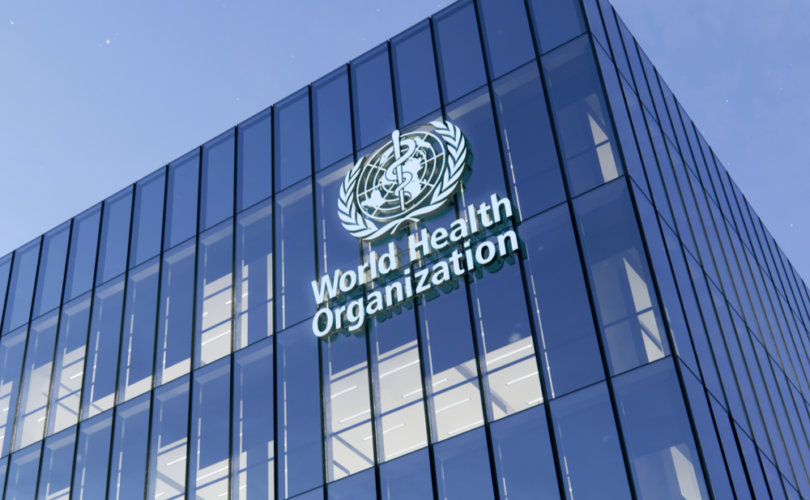 (LifeSiteNews) — A pro-vaccination Facebook post by an office of the World Health Organization (WHO) backfired after it drew a deluge of responses from people sharing their personal stories about the serious injuries they sustained after taking the experimental COVID-19 jabs.

In a November 23, 2021, post, the WHO Regional Office for Europe declared that “most people have mild or no side effects following COVID-19 vaccination.”

The post added that “[b]illions of doses of COVID-19 vaccines have been safely administered globally” and that “[m]ild side effects — headache, fever and body aches — are normal within the first couple of days.”

The post has since accrued over 100,000 responses, including many from people denouncing the WHO’s statement as “misinformation” while sharing deeply personal stories of the vaccine-related injuries sustained by themselves, their family members, and their friends, which have been anything but “mild.”

“My father took 1 vaccine and had a triple heart attack 3 days after,” wrote Rob Flaherty in a post that has subsequently generated over 4,300 reactions. “Fortunately he is still with us. Get informed people, go and watch Joe Rogan with Dr. Peter A McCullough (aired on 13th December 2021).”

“My partner (aged 28) with no previous health or heart issues collapsed right after his first vaccine,” shared Natasha Moorey. “Ended up in hospital with atrial fibrillation & had to have his heart shocked to get it to beat normal again. Docs have since checked his heart over, no underlying issues so filed an adverse reaction report to the Pfizer vaccine. Safe to say neither of us are having any further doses after that scare!”

Similarly, Elisabeth Van Der Velde said that “a friend was in hospital for over 2 months, now has to use a wheelchair and can’t play guitar anymore- he’s in a band. Post az [AstraZeneca], stroke caused by blood clot to the brain.”

Meanwhile, Katy Butler said she hadn’t “had a period since having my first jab in May,” a complaint shared anecdotally by many women since the roll-out of the injections.

Public health officials have finally acknowledged that the jabs can cause irregularities in women’s monthly cycles after largely denying that changes in menstruation could be caused by the shots.

Another commenter, Felicity Jackson-Geldof, said she went to a neurologist after experiencing adverse events following vaccination and was told she had a functional neurological disorder (FND) “from the physical trauma of the vaccine.”

“It wasn’t safe for me,” Jackson-Geldof said. “People deserve to know the risks. It’s not normal for previously healthy people to just start having seizures.”

In addition to serious adverse reactions that have thus far proved non-fatal, other commenters reported that friends and loved ones had tragically died shortly after taking the jabs.

“My Mom died the very next day after her second dose of the Pfizer [sic],” wrote Eryca Hoggatt. “Pretty sure there’s a connection there, although they won’t admit it.”

“I personally know 3 people with heart issues after the shot, and one died! So how many more are there[?]” put in Cyndi Weeks, warning, “God sees the truth and you will be accountable.”

“My mother died after the second shot,” added Louie Abeyta. “Not quickly either. A slow, painful, debilitating death. She’d cry out that her brain was on fire, then she started to experience incontinence, which mortified her, then her body started to get stiff, like rigor mortis, and she could no longer walk or hold things. It was HORRIFIC you demons!!!”

Other users who did not share stories of personal injury or loss nonetheless expressed sympathy for those who did. Some also felt vindicated in their personal decision to refuse the jab after hearing the stories of those who suffered after taking it.

“I think they accidentally woke a lot of sleepers up! I am living for these comments! Keep researching people,” said Liz Kiley. “Time to push back!!”

“These comments really help me know that I did the right thing by refusing the vaccine, wrote Julie Casey. “The fact that so much is being silenced and hidden should really be a huge indication that something is very wrong with this ‘cure.’”

Still others took the opportunity to make fun of the WHO for inadvertently providing a platform for people to share their real-life experiences with the injections, experiences which undercut the global organization’s pro-vaccination message.

“[G]uess your propaganda is falling on deaf ears and backfiring on you now, the science and lies you put out dont [sic] stand up to reality, tell the truth!!!” wrote Michael Walker.

Author and speaker Gerald Rogers chimed in to express his hope that “the World Health Organization actually reads these comments and realizes that people look at them as idiots now.”

“Never before has the deceit and agenda of these organizations been so transparent,” Rogers said. “So much manipulation. So many lies.”

The anecdotal stories shared by the Facebook commenters align with a growing body of data suggesting that the experimental injections are neither as safe nor effective as originally promised.

As the CDC reports an infection survival rate of greater than 99.95% for those under age 50, the list of FDA-recognized adverse events related to the experimental jabs has grown from severe anaphylactic reactions to include fatal thrombotic events, the inflammatory heart condition myocarditis, and neurologically disabling disease like Guillain Barré Syndrome, as well as thousands of recorded deaths and permanent disabilities.

Vaccine-related deaths reported to VAERS had consistently been recorded in the low- to mid-hundreds annually before the roll-out of the coronavirus drugs.

Meanwhile, it remains a concern that the skyrocketing numbers of COVID-19 jab-related deaths and injuries are just “the tip of the iceberg.” While causation is not explicitly confirmed through VAERS, it also cannot be presumed that all adverse events connected with vaccines are reported. A 2010 Harvard-executed study commissioned by the Department of Health and Human Services (HHS) found that injuries reported to VAERS represented “fewer than 1% of vaccine injuries,” suggesting the actual numbers of deaths and injuries connected with the COVID-19 shots may be significantly higher than currently reported.