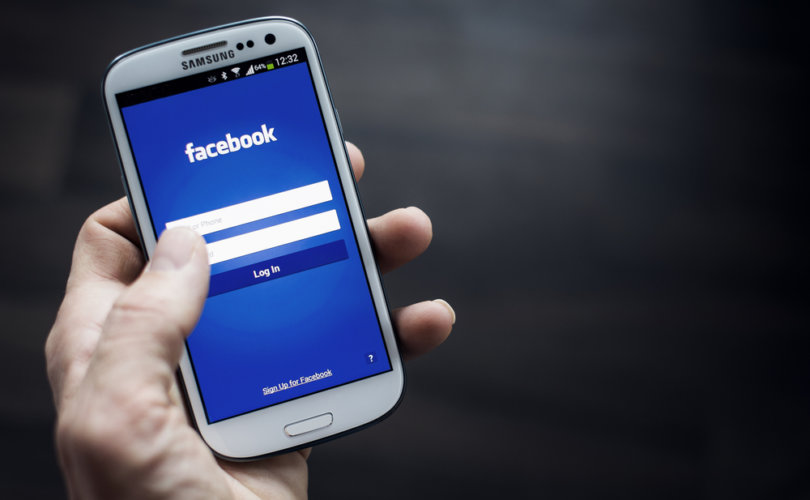 IRELAND, April 19, 2018 (LifeSiteNews) – The vote on whether to legalize abortion-on-demand in Ireland is a little over a month away, and Facebook intends to use the closing stretch as a testing ground for its latest “fake news” policing techniques.

On May 25, the country will hold a national referendum on whether or not to repeal the 8th Amendment of its Constitution, which guarantees the unborn child the right to life. Repeal would clear the way for legislation legalizing abortion in the first trimester, subject to a 72-hour waiting period. Later-term abortions would ostensibly be limited to risks to a mother’s life or health, or fatal fetal abnormalities, but pro-lifers warn that those exceptions would be defined broadly enough to authorize far more late-term abortions.

Polling has narrowed in recent months, so both sides have been highly active mobilizing voters. This week, the Save the 8th campaign launched an initiative to build pro-life support by sharing videos of 12-week-old babies in the womb on social media.

Facebook plans to monitor social media content about the referendum with a new tool and other activity, CNN reports.

The “view ads” tool shows users other content posted by the account that shares a particular advertisement or sponsored post. Facebook claims this will make it easier to distinguish posts by friends of friends from paid material. The Irish Times adds that “view ads” will only be able to reveal what other ads the account has posted, but the final version will also reveal information on those ads’ funding and reach.

“Ireland will be the second and only other country that we roll out before the global deployment,” Facebook vice president of global public policy John Kaplan told the Irish Parliament this week. “We hope that this will bring greater transparency to ads running in the context of the forthcoming referendum.”

Canada was the first, and the social media giant intends for this policing system to be active worldwide in time for the United States’ midterm elections this fall. The company says it has also assembled a team dedicated to identify fake accounts and foreign interference pertaining to the Irish referendum.

This news comes as Facebook ads for the pro-life side actually enjoy “far more engagement” than pro-abortion ads, according to the BBC, despite polls favoring the pro-abortion side.

Pro-life groups in the United States have accused Facebook of wrongly censoring pro-life ads for Wexford/Missaukee Right to Life in Michigan, a pro-life documentary on Roe v. Wade, and pro-life Michigan candidate Aric Nesbitt, as well as blocking LifeSiteNews’ own attempt to boost a report on Canadian pro-life activist Mary Wagner being forcibly removed from a Toronto abortion facility.

Pro-life websites such as LifeSiteNews and the Population Research Institute have also seen engagement on their content drop following Facebook’s algorithm changes in recent months.