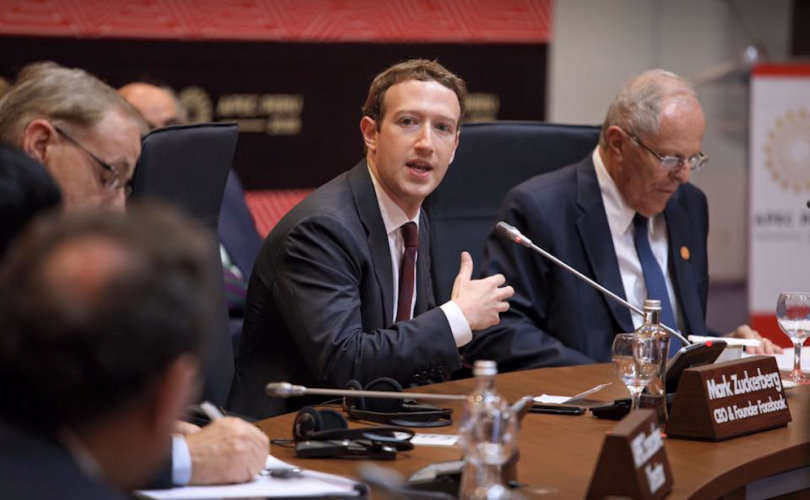 After taking stiff criticism for being a conduit in the recent spate of misinformation and hoaxes published to drive Internet traffic, the social media platform will begin fact checking, labeling, and burying in its News Feed what it determines to be either a hoax or fake news.

Facebook co-founder and CEO Mark Zuckerberg said Thursday that the website had the responsibility to make sure it “has the greatest positive impact on the world.” He added that “with any changes we make, we must fight to give all people a voice and resist the path of becoming arbiters of truth ourselves.”

But Facebook’s partnership with Snopes, Factcheck.org, ABC News and PolitiFact to manage fact checking in this new initiative raises the question of who will determine what constitutes “fake news.” That leads then to the issue of whether information on Facebook will be censored to fit a particular worldview.

Beginning with a small percentage of U.S. users, Facebook will make the process easier to report news stories they believe to be fake or misleading, Business Insider reported. If the third-party fact-checker organizations determine something to be fake, it gets labeled as such and downgraded in the News Feed.

Algorithms will be used as well to spot when stories appearing to be fake go viral, then signaling they should be labeled fake and buried in the users’ feeds.

Additionally, Facebook is looking at limiting financial incentive of spammers by reducing the prevalence of “fake” sites and more policing of publisher sites.

Websites determined by Facebook to be spoofed domains or spreading fake news will be banned from selling ads on the social network site.

Facebook’s News Feed VP Adam Mosseri repeated Zuckerburg’s statement that Facebook could not become the arbiter of truth and said they were “approaching this problem carefully.”

However, while the third-party fact checkers are part of an international fact-checking network led by the nonprofit Poynter Institute for Media Studies in St. Petersburg, Florida, there is some history among them of producing politically correct value judgments and reporting regarding abortion and other areas.

In one recent instance, Politifact rated Texas Senator Ted Cruz’s October 2016 statement that Hillary Clinton supports abortion on-demand throughout pregnancy, along with partial birth abortion with taxpayer funding, as “false” when Clinton has repeatedly stated her support for taxpayer-funded abortion and clearly confirmed her support for partial-birth abortion in the final presidential debate on October 18.

LifeSiteNews contacted Politifact in February requesting a correction of its classification of Florida Senator Marco Rubio’s statement during a presidential debate that Clinton supports legal abortion up through an unborn child’s due date as “false,” providing verification though Clinton’s previous statements and voting record. Politifact did not respond.

Politifact has exhibited bias as well when reporting on contraception and abortion, and in another recent instance concerning Planned Parenthood and mammograms. It also has reported that no link exists between abortion and breast cancer.

Snopes faced criticism more than once earlier this year for showing pro-Hillary Clinton bias in its reports during the presidential campaign.

“Fake news” has remained at the forefront of media coverage since before Donald Trump’s historic election win over Clinton last month, with Clinton supporters claiming such dubious information helped propel Trump to victory.

With Facebook and other media outlets moving to save face for their respective part in the recent tide of misinformation disseminated, the definition of the term “fake news” continues to become muddy in post-election fallout.

Facebook’s approach opens the door to abuse and censorship of pro-life and other traditional viewpoints by not limiting its initiative to simple detection of sites that may not be legitimate while at the same time handing off the task of of defining “fake news” to essentially liberal entities for the purpose of affecting traffic on the site.