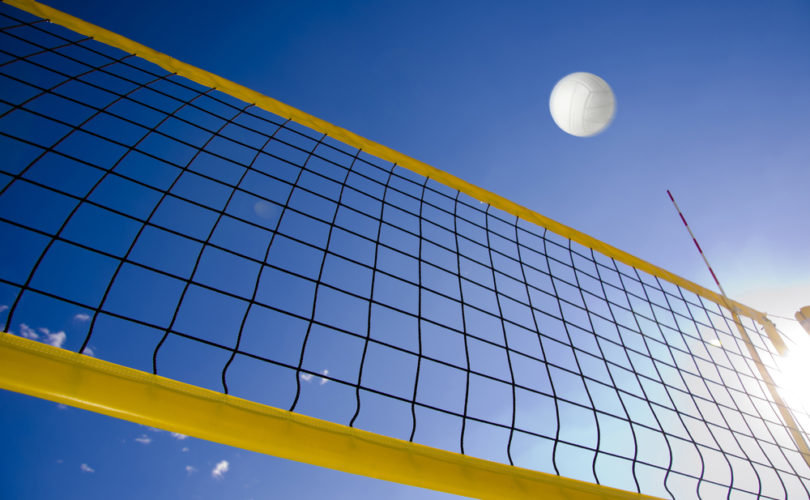 Tricia Roos, the girls’ volleyball coach at Bishop Lynch High School in Dallas, Texas, is teaching her students about more than just athletics this year.  The 31-year-old is pregnant with her second child, a baby girl, who has been diagnosed with Trisomy 18 – a genetic defect many doctors consider “incompatible with life.”

Rather than abort her baby, as her doctors pressured her to do, Roos is continuing her pregnancy and putting her faith in God. In doing so, she hopes to set an example for her students.

“I'm teaching these kids to fight and never give up,” Roos told ABC 8. “Why would I choose the easy road or to give up on something when my life is being challenged?”

The challenge Roos faces is immense.  Ninety percent of Trisomy 18 children die in the womb, causing a miscarriage.   Of those who make it to term, 50 percent are stillborn.  Less than 10 percent of babies born with Trisomy 18 survive until their first birthday, and those who do are severely disabled.  As a result, many doctors advise mothers to abort their babies when a Trisomy 18 diagnosis is received.

So intense was the pressure from Roos’ doctors to abort her child that she didn’t even know keeping the baby was a possibility until mutual friends connected her with another local mother who had given birth to a Trisomy 18 baby against her doctor’s wishes.  That baby lived six months, and her mother, Alison Stubing, told the Dallas News that the time she spent with her daughter was “a blessing.”

Roos is now five-and-a-half months into her pregnancy, with her daughter due in January.  But her doctors recently told her the baby has a Trisomy 18-related heart defect so severe that she will likely die before birth.  Roos, however, is keeping up hope – she says she has spoken to other mothers who received the same diagnosis whose babies did make it to full-term birth.

“It’s a weird feeling, but I’m extremely afraid that I’ve become optimistic,” Roos told the Dallas News. “Medically and scientifically, nothing sounds optimistic. But I just know it’s going to be OK.”

Meanwhile, her team is rallying behind her.  Assistant Coach Josh Kreuter told the Dallas News, “I feel like [the team is] kind of feeding off of it. As a team, they’re using it as motivation, and she’s using it as a teaching point for the kids to fight.”

Morgan Reed, a senior at Bishop Lynch who plays on the girls’ volleyball team, said she and her teammates are behind their coach one hundred percent.  “We told her, ‘You have 14 other daughters on this team that are there for you,’” Reed told the Dallas News.

Speaking to ABC 8, Reed said she finds her coach’s commitment to her difficult pregnancy inspiring.  “There are days when she struggles and she's very open with us about that,” Reed said. “And that's good for us to see that you're going to struggle and not every day is going to be easy, but you have to keep fighting.”

Sofia Schleppenbach, another senior on the team, told ABC 8 the girls are doing everything they can to support their coach.  “We can tell when she's having a bad day,” Schleppenbach said. “Or if she just gets back from a doctor's appointment, we'll be sure to be extra on-point during practice or work extra hard.”

Also supporting Roos are her husband, Jonas, and their 3-year-old son Cameron.  Cameron already loves his little sister, whose name is Annabelle, but he understands she probably won’t stay in this world for long.  Whenever Roos asks Cameron what’s going to happen to Annabelle, he says, “She's going to heaven!”