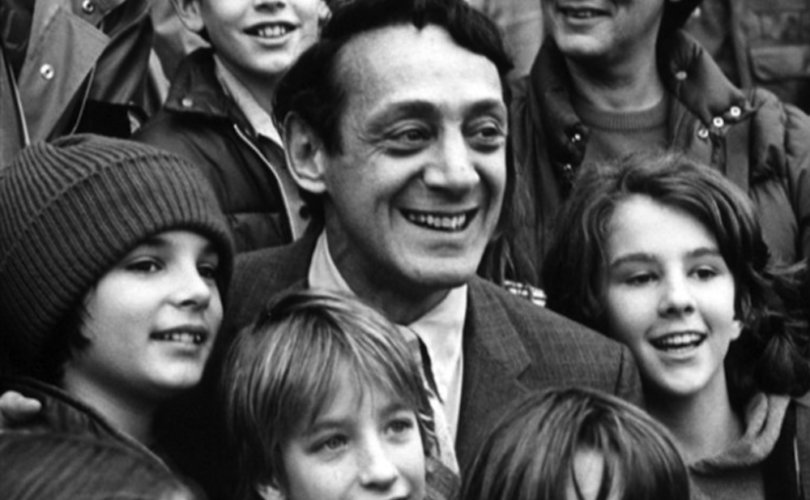 Harvey Milk with a group of boys

November 28, 2018 (LifeSiteNews) – This Tuesday marked the 40th anniversary of the murder of San Francisco Supervisor Harvey Milk, a Democrat who made history as the state’s first openly homsexual elected official and has since been elevated to a martyr, despite the details of his life and death differing greatly from the popular narrative.

“On Nov. 27, 1978, Supervisor Milk and Mayor George Moscone were assassinated by Dan White, a former police officer and former city supervisor who had clashed with Milk over LGBTQ issues,” NPR’s Scott Schafer wrote this week, after stating that Milk’s advocacy for “gay rights” had “angered many.”

Tim Fitzsimons of NBC News reported that when “Milk began to press for a city-wide ordinance to protect gay rights, his eventual killer and fellow city supervisor, Dan White, gave a quote to The New York Times, decrying the ‘demands’ of ‘large minorities.’” Over the years, various left-wing activists have explicitly claimed that Milk was murdered specifically for being gay and/or advocating LGBT causes.

According to the author of a book on the subject released last month, White actually had mixed positions on LGBT-related policies and maintained a friendly relationship with Milk before his descent into violence.

“I interviewed White’s campaign manager, chief of staff, and business partner, a gay man, who rejects this thesis,” columnist Daniel Flynn told FrontPage Magazine in an interview last month. “White occasionally supported liberal causes, including some gay-rights measures, and generally thought of Milk as a friend during his short time on the board —particularly in the first few months.”

In the interview and a 2009 piece for City Journal, Flynn details how a “cash-strapped” White had resigned from the city’s Board of Supervisors on November 10, but demanded his seat back four days later. Moscone agreed, but Milk convinced him to renege on his promise to reseat him, after which White snapped and sought revenge against two people he saw as conspiring against him.

Even more shocking to the conventional narrative is Flynn’s revelation that Milk, the subject of a fawning 2008 film starring Sean Penn, was an associate of infamous cult leader Jim Jones, the subject of a new Sundance documentary. Flynn’s new book, Cult City, details the relationship between the two men.

Jones provided Milk “with a printing press, gave him hundreds of campaign ‘volunteers,’ yielded the Peoples Temple pulpit to him, and provided free publicity to him in the Peoples Forum newspaper,” Flynn wrote. In exchange, Milk publicly vouched for him.

“Rev. Jones is widely known in the minority communities here and elsewhere as a man of the highest character, who has undertaken constructive remedies for social problems which have been amazing in their scope and effectiveness,” Milk wrote in a letter to President Jimmy Carter earlier in 1978 on behalf of Jones’ claims of paternity to the 6-year-old son of one of his cult members.

Jones’ exploits came to a head on November 18, 1978, when he forced more than 900 people to commit suicide in the infamous Jonestown massacre, just nine days before Milk’s death.

Also omitted from most recollections of Milk’s life are his alleged sexual relationships with underage boys.

Milk was attracted to “boyish-looking men in their late teens and early 20s,” Randy Shilts, a friend of Milk’s who was also homosexual, wrote in a biography. “Harvey always had a penchant for young waifs with substance-abuse problems.” One of his young lovers was allegedly Jack Galen McKinley, a 16-year-old runaway from Maryland. Jones also had a relationship with a 25-year-old alcoholic named Jack Lira, who eventually killed himself.

Nevertheless, the federal government under the Obama administration honored Milk with not only a postage stamp, but a Naval ship bearing his name.