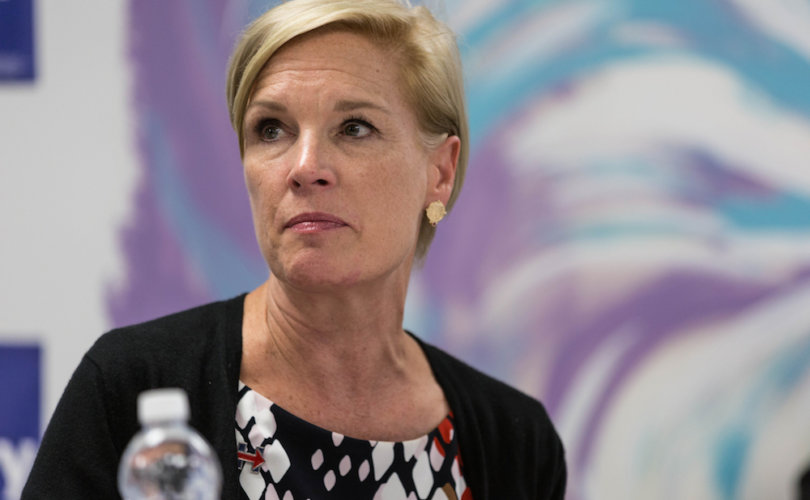 November 9, 2017 (LifeSiteNews) — A Washington Post article’s attempt to call attention to political donations from the National Rifle Association over the last two decades after recent large-scale shootings was trounced when another journalist pointed out on Twitter that Planned Parenthood gives vastly more money to members of Congress than the NRA.

Since 1998, the NRA has donated $3,555,194 to current members of Congress. Find out here who has received donations. https://t.co/QVxthRTgR1

The Federalist co-founder Sean Davis noted that Planned Parenthood’s Congressional donations far exceed those of the NRA, tweeting in reply:

“Reporter uses basic division on above tweet and you won’t believe what happens next,” Michelle Malkin’s Twitchy posted in a report that also noted varying proportions of D.C. donations and lobbying power.

Davis had followed up with:

It takes a special brand of D.C. stupid to insinuate $3.5M over 20 years is GAME-CHANGING when last year's candidates spent $6.8 BILLION.

The Post story was published in the aftermath of the October 1 Route 91 Harvest Music Festival shooting in Las Vegas. Both the Vegas tragedy and the November 5 church shooting in Sutherland Springs, Texas, have kept the intensely debated issue of gun control in the media.

Gun control advocates regularly heighten their call for tougher gun laws after a large-scale shooting, and those who support the Second Amendment note existing laws are adequate but ignored and broken by those committing the shootings.

Even aside from the funding aspect, pro-life supporters have also called out the contradiction in the past when gun control advocates argue that it will save lives while simultaneously supporting abortion.

While reports vary, Planned Parenthood Action Fund Political Action Committee said last year that it was spending $30 million to support the campaigns of Hillary Clinton and other pro-abortion candidates.

That amount was “unprecedented” for the Planned Parenthood PAC, its director said, and twice what it spent in the previous cycle.

Planned Parenthood’s Action Fund had estimated in late 2015 that it would spend $20 million on candidates in the 2016 election cycle.

As of Election Day last year, individuals and entities associated with the nation’s largest abortion provider had spent at least $38 million on candidates between the 2012 and 2016 election cycles.