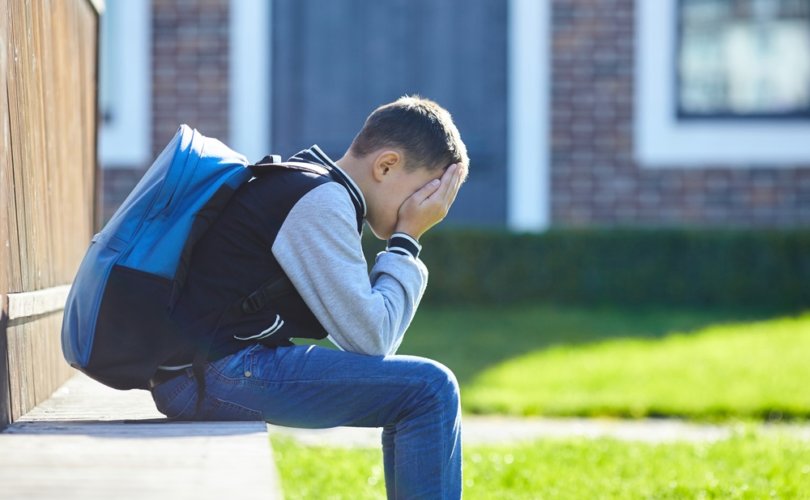 FAIRFAX COUNTY, Virginia (LifeSiteNews) — School administrators in one Virginia county are considering punishing schoolchildren for calling “transgender” students by their birthnames or using the pronouns that correspond to their actual biological sex, The Daily Caller reported.

According to a version of Fairfax County Public Schools’ 70-page “Students Rights and Responsibilities” (SRR) handbook updated earlier this month, students in the district could be punished and even suspended for so-called “hate speech,” which includes “deadnaming” and “misgendering” classmates who identify as a different gender.

The school board had held an annual review of the handbook over a two-day period beginning May 4 during which members “[a]dded gender identification and immigration” to the guide’s existing definition of “discriminatory harassment.”

According to the new proposed definition, students may incur a five-day suspension and other disciplinary measures for offenses that occur with “frequency and intensity.”

If the changes in the new handbook are retained by the board, students will be forbidden from “[u]sing slurs based upon the actual or perceived gender identity” of a classmate, “which includes, but is not limited to, malicious deadnaming or malicious misgendering.”

Family Research Council media coordinator Joshua Arnold explained that while the terms “deadnaming” and “misgendering” are essentially meaningless to those who do not ascribe to radical transgender ideology, “they describe using someone’s given name and biological pronouns, respectively, when that person identifies with a name and pronouns of the opposite sex.”

According to the updated handbook, children in Fairfax County who persist in using biologically and legally accurate names and pronouns when speaking to or about “transgender” classmates may be referred to the Division Superintendent, who could consider additional sanctions, including “short-term suspension, long-term suspension, reassignment, and/or expulsion.”

In Fairfax County, Virginia, students could face suspension and further punishment for referring to a fellow student according to their biological, God-given sex. https://t.co/IWdg1lzrRY

Mother and former Fairfax County educator Debra Tisler told The Daily Caller she believes the school board’s move to compel students to use language corresponding with transgender ideology is “dangerous,” cutting against the religious beliefs of many families and targeting students who don’t adhere to the idea that people can switch their God-given sex.

“What they’re doing is harmful,” Tisler said. “Any person that goes against the narrative of the school board is going to be [punished]. … I believe that’s why they left [the language] so vague.”

Another Fairfax County mom also slammed the school board for “speech policing,” telling the outlet that students will be punished for speaking accurately about “reality.”

“It doesn’t really matter what the parents have to say,” said Stacy Langton, who previously blasted the district for allegedly stocking pornographic books in school libraries. “We’re all expected to comply.”

Virginia public schools have frequently made headlines in recent years for their “progressive” policies regarding transgenderism.

Neighboring Loudoun County, which allowed students to use the bathroom corresponding to their “gender identity,” became the subject of national controversy last year after Daily Wire investigative reporter Luke Rosiak exposed the school board’s coverup of an incident in which a skirt-wearing boy raped a girl in a school bathroom.

Late last year, the Loudoun County school board finally agreed to reinstate a teacher who had previously been suspended for criticizing his school’s radical transgender policy.

Meanwhile, Virginia schools aren’t alone in pushing radical transgender ideology and even punishing students who refuse to go along with the program.

Last week, a Wisconsin school district filed a Title IX charge against three students in Kiel Middle School for allegedly using the “wrong pronouns” while speaking to another student.

This is unreal. A Wisconsin school district filed a Title IX complaint against 3 middle school students, accusing them of sexual harassment for using incorrect pronouns when addressing another student. pic.twitter.com/GEEjXoEnxW

The Wisconsin Institute for Law & Liberty, which is defending the three students, called the complaint “inappropriate” and demanded that the charges be “immediately dismissed.”