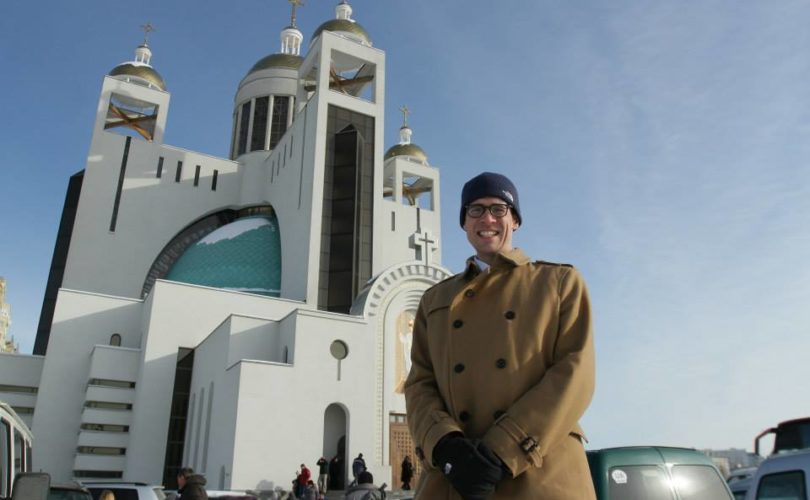 OTTAWA, March 23, 2016 (LifeSiteNews) – The Liberal government and the Greens, NDP, and Bloc Quebecois joined together yesterday to defeat a Conservative motion seeking to extend the life of the Office of Religious Freedom. There were 226 votes against, and only 90 for.

Don Hutchinson, who as vice president of the Evangelical Fellowship of Canada was one of the religious leaders who helped set the office up, calls it “an extremely poor decision; particularly because there is no indication as to how the government intends to replace it.”

The office was created in 2013 and an ambassador of religious freedom, Catholic academic Andrew Bennett, named to the post. Like the office, the ambassadorship is facing its demise on March 31, the end of the budget year, and Bennett has taken a new job with Cardus, the Christian think tank.

The motion to maintain funding came from Alberta Conservative Garnett Genuis, who methodically listed and rebutted a half dozen arguments against the office advanced by the Liberals over the past three years. Liberal Foreign Affairs Minister Stephane Dion argued, however, that a “co-ordinated” approach was better than one singling out religion.

Genuis credited the Office’s creation partly to the inspiration of Shahbaz Bhatti, the Pakistani minister of minorities assassinated in 2011 for his ardent defence of Christians and Hindus from Muslim persecution. “It was Shabazz's legacy and the advocacy work of his family here in Canada which led the previous Conservative government to act to create the Office of Religious Freedom,” said Genuis.

He noted the office’s modest budget of $5 million was “1/180th of the cost of the government's recent changes to public sector sick leave, and it is well underneath the cost of renovating 24 Sussex Drive.” Genuis then quoted two of Mr. Dion’s own  parliamentary secretaries praising the office’s work resolving religious discord in Ukraine and Nigeria.

Dion interrupted to ask Genuis to admit that everyone in the House of Commons wanted to defend religious freedom; the debate was only about “the best means.” Genius responded that if the Liberals themselves think the office did good work and that the job was itself worth doing, “why in the world would they blow it up and try something different?”

Heading off those who oppose religion per se, Genuis said the office was “not about promoting religion. It is about promoting religious freedom.” And that was worthwhile because “freedom of religion is fundamentally about freedom of thought, the freedom for people to think about their fundamental purpose, their place in the universe, and then to act that out how they see fit.” Moreover it also protected atheists, themselves much persecuted worldwide.

To counter the claim that religious freedom was a “Western”  issue being “colonized” on the rest of the world, Genuis cited its prominence in the United Nations Universal Declaration of Human Rights. As for the argument the office pandered to ethnic minorities, he observed that Canada’s ethnic groups had as much right to make claims on the government as any other group. Against the argument that the office focused on Christians, he named programs and spending on other faiths.

To deal with Dion’s claim that promoting one issue weakened the government’s thrust in other areas, Genuis noted that it hadn’t stopped the Liberals from creating a special ministry to advance women’s rights.

Dion, for his part, framed his argument around Section 5 of the Vienna Declaration and Programme of Action. Article 5 declares “all human rights are universal, indivisible and interdependent and interrelated. The international community must treat human rights globally in a fair and equal manner, on the same footing, and with the same emphasis.”

According to Dion, “Section 5 is often invoked by defenders of human rights when faced with arguments by those who want to privilege certain rights while reducing the protection provided for other rights.”

Dion then affirmed the Liberal government’s support for all human rights, naming those of homosexuals, children, and women along with the rights of religious people “to pray.”

Douglas McKenzie, CEO of The Voice of Martyrs Canada, a group advocating for persecuted Christians around the world, told LifeSiteNews he was “very disappointed” the office would disappear. “Now more than ever the subject of religious freedom is rising to the fore.” With persecution rampant worldwide and refugees from many different faiths coming to Canada, “This would be a good time to make a statement” in support of persecuted minorities through the office and the ambassador, he said.

Bruce Clemenger, head of the Evangelical Fellowship of Canada, said the office had become the “go to” place for Canadian organizations grappling with religious persecution internationally. As well, it “brought expertise about religion into Foreign Affairs and particularly the diplomatic corps.”

Clemenger also noted that the office funded programs promoting inter-faith dialogue and made religious freedom a “visible” part of Canadian foreign policy. Now, he said, Canadians would have to watch the government closely to see if it can “come up with a more effective strategy to promote religious freedom” and ensure religious persecution remains a priority for Canada’s foreign policy.

An American expert on religious freedom, political science professor Allen Hertzke of the University of Oklahoma, told LifeSiteNews that Dion’s view is too narrow. “There are those who see religious as divisive, as beknighted, as backward. But there is considerable empirical evidence that religion brings a broad set of social goods.”

Moreover, said Hertzke, Dion’s thinking that singling out one human right for protection weakens the others is not supported within the human rights community. “Most people involved in human rights believe that all their causes benefit from single-issue groups because they bring their special energy to the overall cause.”

Sadly, Hutchinson, now a legal consultant, told LifeSiteNews that the Liberal government apparently shares the same “lack of awareness of the geopolitical reality that over 80% of the global population identify with a religion.” What is more, according to the UN, “religious persecution as a significant concern in 103 of its 193 member nations.”

Hutchinson added that “the Canadian military” has acknowledged the importance of faith in resolving international and internecine conflict and that religious persecution served as “the canary in the coal mine” indicating the presence of less visible forms of oppression.