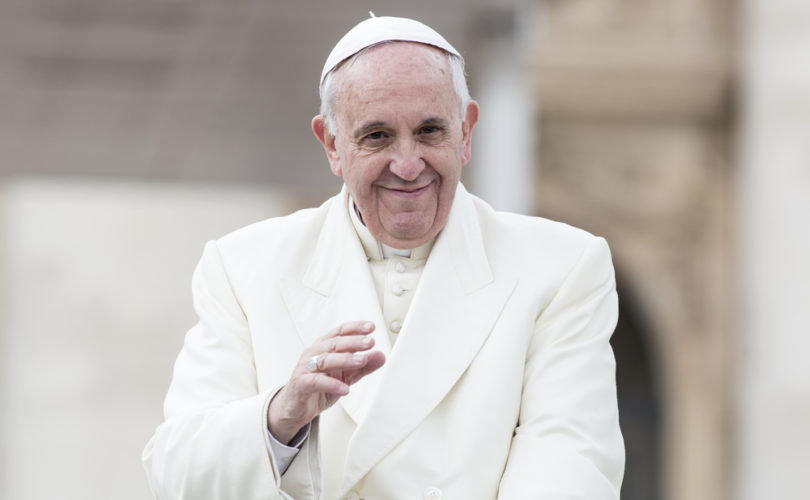 Seifert, a longtime ordinary member of the Pontifical Academy for Life and a close associate of St. John Paul II, explains that he criticizes the document because instead of invoking joy – as stated in the exhortation title – the papal document would actually make Jesus and his mother cry.

Many of the passages which seem merciful turn the teachings of the Church on their heads, according to Seifert. “In my opinion, they risk an avalanche of consequences which would be very harmful to the Church and to souls,” he writes.

He continues, comparing passages from the Gospels to paragraphs of Amoris Laetitia (AL).

Seifert begins with Jesus’ encounter with an adulteress. The Son of God does not condemn she who would have deserved death in Mosaic law, but shows himself to be merciful. Still, His forgiveness comes with a condition: “Go and sin no more.”

Seifert argues: “In citing the synod, His successor Francis tells the adulterous woman that even if she continues to sin gravely, she should not feel herself excommunicated, and he does not deem it necessary for her to convert from her sinful ways, but to feel as ‘a living member of the Church’” (AL, 299).

What Francis says here, the philosopher explains, is not false, and it can be comforting to couples that the mercy of God is present with them. “Nevertheless,” he says, “the ‘go and sin no more’ is completely absent.”

He argues, therefore, that the document leaves out the core: the call for conversion.

The words of Pope Francis’ close collaborator, Jesuit Father Antonio Spadaro, shed a better light on these statements.  Spadaro says, “Francis has removed all the ‘limits’ of the past, even in the ‘sacramental discipline’ and for the so-called ‘irregular’ couples: and these couples ‘become recipients of the Eucharist’.”

Further, Seifert points out that Jesus explicitly warns his flock 15 times of the peril of eternal damnation as the consequence of mortal sin; whereas his successor on the chair of Peter states: “No one can be condemned forever, because that is not the logic of the Gospel!” (AL, 297).

While St. Paul’s Letter to the Corinthians (6:9) states that no adulterer (who has not converted) enters the kingdom of God and therefore is doomed forever, Pope Francis “tells the adulterers that it is possible to live in the grace of God; through the Holy Eucharist they can grow in grace even without turning away from their adulterous life in conversion,” explains Seifert.

The philosopher recalls the Letter of St. Paul to the Corinthians (11:27-29) once more. Here, receiving Communion despite one’s state of unworthiness is clearly linked to condemnation: “So then, whoever eats the bread or drinks the cup of the Lord in an unworthy manner will be guilty of sinning against the Body and Blood of the Lord. Everyone ought to examine themselves before they eat of the bread and drink from the cup. For those who eat and drink without discerning the body of Christ eat and drink judgment on themselves.”

“In other words, this is an act of sacrilege which puts one’s own soul in danger,” says Seifert. “Pope Francis, who does not even once mention the possibility of sacrilege or peril for the soul of a person who receives Communion unworthily, tells adulterers that in certain circumstances, which are to be considered individually, it is possible for those who live in adultery or in other ‘irregular’ unions to receive Holy Communion without changing their lives, and so to continue living as adulterers,” Seifert writes.

He notes that Pope Francis, in the text, interprets the commandments given by Christ – which are in and of themselves clear – only as expressions of an ideal which few can reach, as if they are mere evangelical suggestions, applicable only to those who seek a superior perfection, rather than as commandments valid for all.

“The Pope says that if the adulterous woman cannot separate herself from the adulterer, but lives together with him as sister and brother, then they would practice a style of life which could lead to ‘infidelity’ by her or her partner. According to the Pope, where there is a threat of infidelity between two adulterers who live as brother and sister, it would be better for the woman to have intimate relations with the man. In this case, therefore, it would be better to continue to live in adultery than as brother and sister,” concludes Seifert, citing AL 329 and a related footnote.

“How can Jesus and His most holy Mother read and link these words of the Pope with those of Jesus Himself and of His Church without crying? Therefore, let us cry with Jesus, with deep respect and affection of the Pope and with the deep pain that is born out of the obligation to criticize him in his errors,” Seifert writes.

The philosopher adds that his criticism is not unwarranted as the Pope himself called for a discussion and an open arena to express opinions.

“Someone could ask me how I, a wretched lay person, can criticize the Pope. I respond: the Pope is not infallible if he does not speak ex cathedra. Various Popes (such as Formosus and Honorius I) have been condemned for heresy. For the love and mercy of many souls, it is our holy duty to criticize our bishops, and therefore even our dear Pope, if they stray away from truth and if they damage the Church and souls. This duty was recognized by the Church since the beginning.”

He adds: “Pope Francis himself exhorts us to do exactly that: to criticize him instead of lying to or flattering the Catholic world. Let us take his words to heart. But let us do so with humility and with the love of Jesus and His Holy Church, that we may dry the tears of Jesus and glorify God in veritate.”