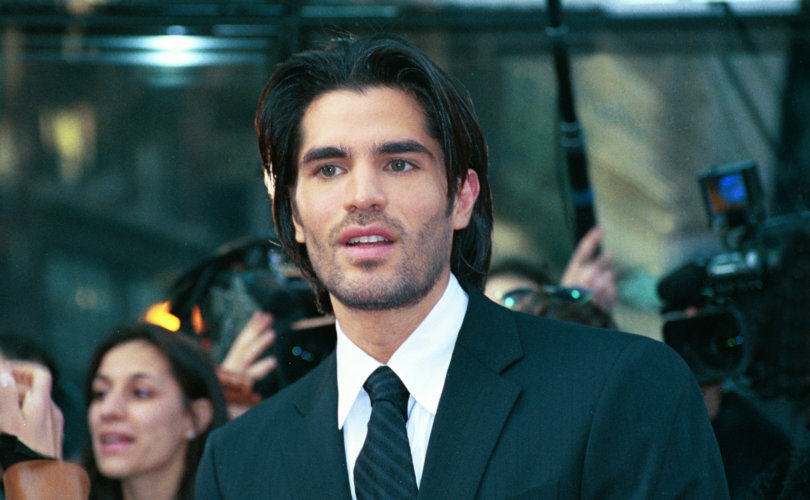 December 12, 2017 (LifeSiteNews.com) – Famed pro-life actor Eduardo Verastegui is in talks with a Mexican political party over the possibility of a run for the presidency of Mexico in 2018, according to recent reports in Mexican media sources.

Moreover, the possibility of such a run is now being called “probable” by the party leadership.

According to Hoy Tamuilipas, a newspaper of Verastegui’s home state, the leadership of the Social Encounter party (Encuentro Social) has announced that it is discussing a possible presidential run with Verastegui, as well as with a famous Christian singer, Jesús Adrián Romero.

“Approaches have been made to the national leadership, and we are conducting dialogs [with Verastegui] to see if there are points of agreement for participation” in the presidential elections, said Rigoberto Rodríguez Rangel, party chairman for the state of Tamulipas, in a press conference November 21.

Rodríguez Rangel said that Verastegui is “supported by part of the society and businessmen who have approached the Social Encounter Party.”

Shortly after the reports appeared, Verastegui gave an interview to the news service Nacion 321, in which he briefly stated that “the political arena isn’t my arena,” which was interpreted by some commentators as a repudiation of any political ambitions.

However, three days ago, the president of the Social Encounter party announced that Verastegui’s candidacy remained a “probable” option that continued to be examined if the party’s proposed alliance with another party, Morena, fell through.

“The president of the Social Encounter Party, Hugo Éric FLores, confirmed that if a coalition with the National Regeneration Movement party is not realized, they will go alone into the 2018 electoral contest, and probably with Eduardo Verástegui as their presidential standard-bearer,” stated Mexico’s El Universal newspaper on December 9, basing its report on an interview it conducted with the party’s leader.

Despite much discussion of the possibility in the Mexican media, Verastegui has not mentioned the story about his possible candidacy in his Twitter feed.

Verastegui made a name for himself as a “heartthrob” model, singer, and actor in Mexico in the 1990s, where he starred as a romantic lead in several soap operas, and later immigrated to the United States to pursue a singing and acting career there.

Verastegui’s return to the Catholic faith of his youth began when an American English teacher who was a Christian began to ask him about his religious beliefs and his understanding of the purpose of life. Verastegui began to reflect critically on his life and decided to abandon his secular ambitions and to use his career in the service of God. He is heavily involved in pro-life activism, and produced and took a lead role in the acclaimed movie “Bella” (2006) which had a thinly-veiled pro-life message.

On Sunday, Verastegui helped to lead a national act of “Redress, Reparation, and Consecration,” for Mexico’s national sins, including abortion, in a stadium in Mexico City, which included a mass celebrated by the staunch pro-life cardinal and former archbishop of Guadalajara, Juan Sandoval Íñiguez.