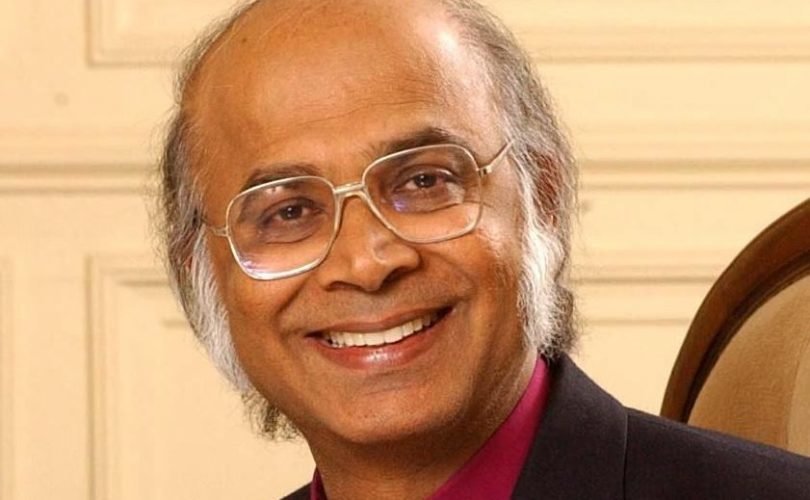 The Pakistani-born Bishop Michael Nazir Ali said that Britain’s current and growing problems with what politicians call “social cohesion,” are “an iceberg which is lurking to shipwreck society.”

Bishop Nazir Ali placed the blame squarely on the work of the decades of social re-engineering that has seen marriage demoted and degraded as a societal foundation and divorce become readily available. He faulted the skyrocketing rates of cohabitation that has seen the practice become the accepted norm in most western societies. The practice has contributed to a fundamental destabilization of society, he said.

“For the first time since records began there are now more unmarried than married people of marriageable age and the reality is that fewer and fewer couples have stable relationships,” the bishop said.

“This is partly because the intention of cohabitees is to avoid the very commitment that marriage requires.” Nazir Ali quoted statistics that show at least 2.5 million cases of broken families throughout Britain, with the rate of separations is about 300,000 a year.

The former Anglican bishop of Rochester, known for his outspoken critiques of the de-sacralization of British society, made his comments in response to a recent government admission to the growth of a massive, and expensive, underclass. Earlier this month, a government report said that about 500,000 families are costing the British government over £30 billion a year in various social services and are the central cause of increasing rates of crime and lawlessness.

The bishop was clear about the origins of this massive societal trend, which has become the norm across the globe. It is the result, he said, “of a well-resourced social and intellectual movement” that touched off the Sexual Revolution of the 1960s.
“Opinion formers such as the Marxist philosophers, Antonio Gramsci and Herbert Marcuse, advocated infiltrating and undermining the fundamental structures of society, and family and marriage were the key targets,” Nazir Ali said.

“Others argued that a social evolution was taking place away from patriarchal, heterosexual norms and the result has led to the end of the public doctrine that marriage and certainly Christian marriage is best for society.”

The bishop directly criticized Prime Minister David Cameron who said in a speech that “divorce can sometimes be the best outcome for children,” a commonly repeated liberal trope. The bishop cited research that shows that barring the extreme cases of domestic violence, children have better long-term outcomes with intact families, even in homes of marital unrest.

In a speech to the Relationships Alliance in London on August 18, Cameron said, “Let’s be clear that there are some couples for whom splitting up is the right thing in the circumstances, however difficult the decision. In addition, there are also cases of domestic violence where what matters is making sure people are safe, rather than keeping a family together.”

But Nazir Ali countered, “Such a doctrine is a convenient excuse for parents to get what they want and it absolves them from any guilt.”

“Even where there is significant conflict in the marriage, family life in a married household is better for the welfare and development of children – but of course this reality contradicts the misguided but popular ‘wisdom’ that divorce in such situations is good for children.”

Nazir Ali retired from his bishopric in 2009 and now serves as the director of the Oxford Centre for Training, Research, Advocacy and Dialogue, a group that works to “prepare Christians for ministry in situations where the Church is under pressure and in danger of persecution.” He told the Christian Institute that the “impact of family failure” is “increasing exponentially with the subliminal cost of associated social ills such as treating depression, anxiety, other related illnesses, disruption at school and in the workplace – all adding to the bill for dealing with the more conspicuous law and order costs.”

“The financial cost is of itself staggering,” he added, “equivalent to the entire UK defence budget – and yet it doesn’t take into account the continuing emotional and Spiritual cost to the millions of adults and children damaged by family disintegration.”

In 2011, Prime Minister David Cameron established the government’s Troubled Families program, with a budget of £448 million, following the August riots that spanned four British cities that year. The program was to address the chronic problems of an estimated 120,000 families, assigning a government social worker to each of the identified “troubled families” to coordinate the various public services, including schools, doctors, and police, to help rehabilitate them.

Bishop Nazir Ali’s remarks come in response to Cameron’s announcement in his August 18 speech that the government would increase funding for the program to £200 million to finance individual interventions with over half a million families over five more years.