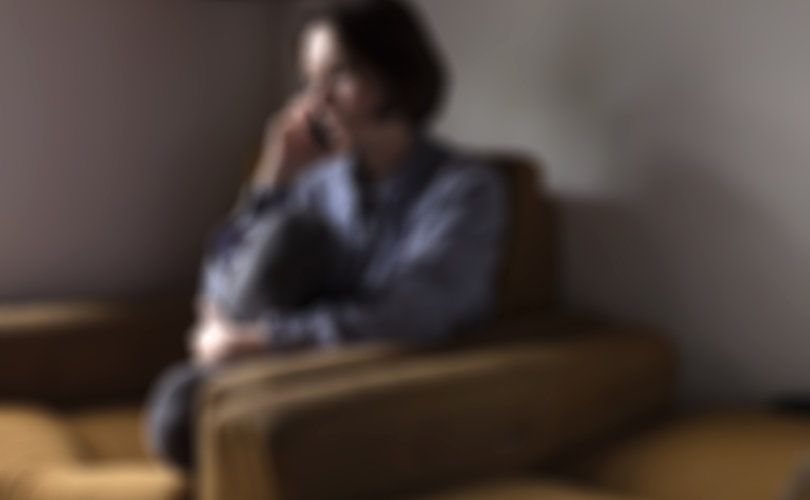 BUENOS AIRES, September 12, 2019 (LifeSiteNews) – In a tearful telephone interview with LifeSiteNews, the family member of one of the alleged victims of sexual abuse at a Catholic institution for deaf-mute children in Argentina said the worst part of the victims’ ordeal has been a lack of solidarity and cooperation on the part of clergy.

LifeSiteNews recently conducted interviews in the city of Mendoza, in the Andean wine-producing province of the same name, where minors were abused for decades by priests and religious at the Provolo Institute, which was managed by an Italian religious congregation. Two priests, Fr. Horacio Corbacho and Fr. Nicola Corradi, are being tried for serial sexual and physical abuse of deaf-mute children in their care. An altar server has already been convicted in the case. Two nuns are also to be tried.

Citing concerns over possible further trauma to the victims, court proceedings have been closed to the public and the media. In addition, the identities of the victims and their family members have also been protected.

LifeSiteNews contacted a female relative, who was identified only by her first name, “Erica.” She said from the outset of the interview that she did not wish to dwell on the specifics of the abuse suffered by the victim to whom she is related, but said it was similar to that already attested to during the trial. Prosecutors have told the court that the victims were compelled to watch pornography, have sex with each other, and were raped and beated by superiors. One elderly priest who formerly worked at the Provolo Institute for deaf-mute children in Verona, Italy was recently caught in an undercover video laughing and joking about his own sexual assault of boys.

For the purposes of this article, the victim will be referred to as “he,” even though this may or may not correspond to the actual sex of the victim.

“It was two years ago that we found out about the abuse,” Erica said, which was when the charges were made public in 2017. She added, however, that an initial charge was made in 2008 that was never followed up on. Erica learned through media reports about the abuse suffered by minors at the Provolo Institute facilities in Mendoza. It was then that she and other members of the family consulted the victim about the reports. “Breaking through the silence” on the part of the victim was difficult, she said, because of the trauma he suffered. In time, Erica said, she accompanied the victim to make a complaint before law enforcement authorities.

According to Erica, her loved one is completely deaf. At the Provolo Institute, the deaf and hearing-impaired children were not taught standard sign language because of a policy that sought to induce them to speak. Most of the minors who entered Provolo are members of low-income families. Erica’s family member entered at the age of 12, she said, and whatever sign-language he knew was quickly forgotten. She said he exhibits normal intelligence. However, he does suffer mental trauma because of the “horror of everything that occurred” at Provolo. He resided at Provolo during the ten years he was associated with it.

Erica said that it was after many conversations and the building up of trust that her family member began to recount what happened to him at Provolo. She credited him with a “great demonstration of courage” for making the decision to denounce the perpetrators of the series of crimes.

Erica said her family and the families of other victims are “believers” who had placed great faith in the Provolo Institute, not only because of its “educational proposals but also because of its values.” What happened there has made her lose her Catholic faith.

“It has been a betrayal that has caused many beliefs to crumble.” Erica said she no longer attends Mass and is involved in a non-denominational Christian group.

Erica said that abusers were allowed to move from one institute to another within Argentina. “It’s very complex,” she said. Moreover, when she was asked whether the current bishop of Mendoza or other clergy have shown what Pope Francis, a fellow Argentine, has called “accompaniment” and solidarity, she said, “No, not at all, for years.”

“During key events, such as the sale of the Provolo Institute [to the local municipality], there has been no closeness for anything that happened nor any recognition of responsibility. In fact, the Church has not shown any cooperation. An internal investigation has not been shared with the government. There really hasn’t been anything forthcoming, neither in offering aid or solidarity for what happened,” she said.

“As an institution,” Erica said while sobbing, “the Church is very far from being what it pretends to be.” She said that she personally knows most of the 20+ victims of abuse at Provolo, and has found that while they may still be Christian believers, they have ceased their association with the Catholic Church.

“There has been no recognition of the victims on the part of the current bishop,” she said, “despite everything that has been said and expressed” in court and the media. Erica added that she is not aware of any statements or actions on the part of Pope Francis, a native Argentine who was archbishop of Buenos Aires from 1992 until his papal election in 2013, concerning the Provolo victims.

Erica said she is not aware of what role Archbishop Bergoglio, the future Pope Francis, may have played in the transfer of Corradi — the priest who was investigated in Italy for alleged crimes against children — to the Provolo Institute facilities in Argentina. “The Supreme Pontiff,” she said, however, “has in his hands the reports made by his investigators here in Argentina. So, he has all of the tools for taking action. So far, we have heard nothing from him.”

Erica said that she has great respect for the resilience shown by her relative and other victims.

“They are empowered for having broken through the silence; they are new people,” she added, and said that her family is in continuous contact with him. “It is a process of day-to-day learning,” she said, while describing the effects of the trauma on the victims. “The road to justice can lead to healing many things, and we hope that it will be so,” Erica said.  “We deserve justice,” she said, “because it has cost us much thus far.”

On August 27, defense lawyers managed to convince the judge hearing the charges against Corradi and Corbacho to once again delay the proceedings of the trial. It remains uncertain when the trial will start again. A lawyer assisting the prosecution, Sergio Salinas, charged that the defense is seeking to run out the clock on the charges so that the statute of limitations will apply and prosecution of the crimes will be forfeit. Salinas has also demanded that the Vatican release details of its internal investigation, as well as the names of any other clerics and religious who may have visited the Provolo Institute during the years in question.

In 2017, Pope Francis designed Auxiliary Bishop Alberto Bochatey of La Plata to conduct an internal investigation of the Provolo Institute. In early August, he told Argentine media that it is a “very important step to seek truth and justice, but we’ll have to wait a little while on the trial”. He said that new rules laid down by Pope Francis are very strict, and call for suspension and expulsion of priests found guilty, not those merely charged. He said that now is a time “to be silent and wait,” but lamented that he has been forbidden to contact the victims out of concern of causing them further trauma.

According to an attorney consulted by LifeSiteNews while on a visit to Mendoza, some of the victims are hoping to see a total compensation for damages amounting to 20 million pesos (approx. USD 357,000).