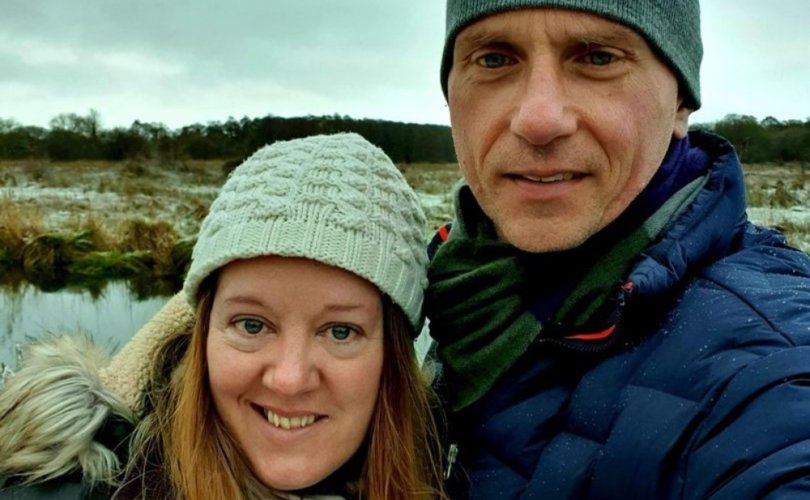 WINCHESTER, U.K. (LifeSiteNews) — Relatives of a 45-year-old British woman, who died after the AstraZeneca COVID injection, have said her death is being treated as “collateral damage.” The U.K. government has so far refused to redress families under its Vaccine Damage Payment program.

Nicola Weideling died on May 15, 2021, after suffering a stroke caused by blood clots, or Vaccine-Induced Immune Thrombotic Thrombocytopenia, following just one COVID-19 injection. Having received her first injection on April 21, 2021, a few days later she started to complain of neck pain, and had a telephone consultation with her doctor on May 6, who believed the problem was “muscular.”

She was taken to Royal Hampshire County Hospital by ambulance two days later when symptoms of headaches and bruising developed. Within hours, she was diagnosed as having “blood clots associated with the AstraZeneca vaccine,” her husband Kurt Weideling told a recent inquest into her death at Hampshire Coroners Court in Winchester.

“Urgently transferred” to University Hospital Southampton, Nicola Weideling remained “fine and chatty” for two days, but on the third day stopped communicating via text with her husband, who was unable to visit her in hospital under the U.K.’s lockdown restrictions.

After contacting the hospital, Kurt Weideling was told she had a “significant brain bleed,” and did not regain consciousness. Nicola underwent further surgery, but suffered another brain bleed and died shortly after.

According to her husband, Nicola had a history of blood clotting, yet was given the AstraZeneca jab regardless, despite official government advice at the time suggesting that those aged under 40 are offered an alternative to the AstraZeneca injection, due to the noted risk of blood clots and thrombocytopenia.

The AstraZeneca injection was subject to scrutiny for much of 2021, as reports of blood clots following its administration led a number of countries to suspend the injection for various age groups.

“My fundamental problem here is this country is the only Western country I know of which decided it was safe to give this vaccine to people over the age of 40,” said Kurt Weideling. “This is even after other people had already died from blood clots, and they still kept going.”

Weideling slated the government for not following through on its promise to pay up to £120,000 to victims, or their families, who were severely disabled or died due to an injection. “They set up the Vaccine Damage Payment but have not paid out to anyone for COVID vaccinations,” he said.

Nicola Weideling, who had been married to her husband for 22 years, went “on the first or second day she was eligible for her age group to get vaccinated,” said Kurt.

Concerns were also raised over the AstraZeneca injection when a high-profile case in June 2021 found that BBC radio presenter Lisa Shaw died as a result of the injection. Media reports had initially sought to downplay the link between her death and the injection, but a subsequent coronary inquiry rule that Shaw died “due to complications of an AstraZeneca Covid vaccine.”

Shaw was also found to have developed “vaccine-induced thrombosis and thrombocytopenia,” which led to her death.

A coroner described Nicola Weideling as having suffered a “rare but recognised complication” of the AstraZeneca injection. However, data released by the U.K. government suggests otherwise.

Following Lisa Shaw’s death, a statement released by the Medicines and Healthcare products Regulatory Agency (MHRA) about Shaw’s death read: “As with any serious suspected adverse reaction, reports with a fatal outcome are fully evaluated by the MHRA, including an assessment of post-mortem details if available. Our detailed and rigorous review into reports of blood clots occurring together with thrombocytopenia is ongoing.”

Despite the MHRA’s “rigorous review,” the AstraZeneca injection continues to be administered in the U.K., with a total of 864,632 adverse reactions and 1,244 fatalities occurring after it has been given.