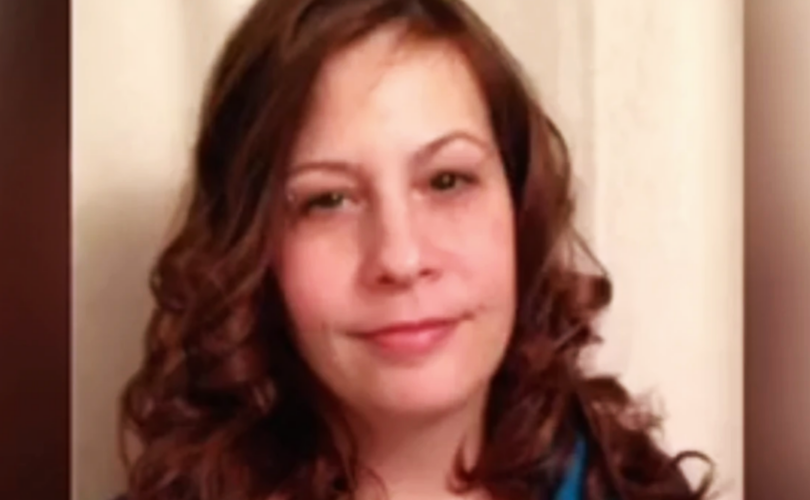 (LifeSiteNews) – The family of Danielle Stephanie Warriner, who died after a COVID mask altercation with hospital security in 2020, filed a $16 million lawsuit against the Toronto General Hospital and the guards involved in the incident.

As per the Canadian Broadcasting Corporation (CBC), the lawsuit alleges that the security guards and Toronto General were reckless in handling the incident with the 43-year-old Warriner, a mother of five.

The lawsuit also alleges that her death came as a direct result of actions taken by hospital staff and security, noting her family was not contacted for 11 days after the incident.

Named in the lawsuit, which was filed at the Ontario Superior Court of Justice, is the University Health Network (Toronto General) along with Toronto General security guards Amanda Rojas-Silva, 42, and Shane Hutley, 35. Also named in the lawsuit is a guard who placed handcuffs on Warriner, and another who was filming the incident but panned away the security camera as the incident unfolded.

According to Falconers LLP lawyer Asha James, Warriner’s death had a “profound impact on her family.”

The lawsuit notes that Warriner’s daughter Daisy, who at the time was a recovering drug addict, took a downward turn back to drugs with her mom’s death. Sadly, Daisy died at age 24 from a drug overdose a year-and-a-half after her mother’s death.

The lawsuit claims that the defendants should be held accountable for assault and battery along with negligence and conspiracy, breaching the Ontario Human Rights Code, and intentional infliction of emotional distress.

The suit was filed in September 2022. However, according to James, the defendants were only recently served with it. None have filed statements of defense, but have given notice they will fight the suit.

Earlier this week, it was reported that Sean Murphy, a judge with the Ontario Superior Court, tossed out the case involving Warriner’s death, which happened in May 2020, as were the manslaughter and criminal negligence charges against Rojas-Silva and Hutley.

Warriner’s family was left in “shock” and “horror” after the judge tossed out the case.

According to her sister Denise, the criminal court “failed” her family.

“In terms of the civil path, I feel I have a moral duty for a call to action,” she noted.

Warriner, who suffered from chronic obstructive pulmonary disease (COPD), got into an altercation with the aforementioned guards on May 11, 2020, the day after she was admitted to the hospital for breathing problems and a cough.

The incident began after the two security personnel noticed Warriner was not wearing her mask properly. During the confrontation, Warriner was physically taken to the ground by the staff members and rendered unconscious. The woman never regained consciousness and died 16 days later.

Video footage of the incident, which was obtained by the CBC and had never been seen publicly, was recently released after a publication ban on Warriner’s case was lifted.

The video shows Warriner waiting in the hospital lobby with a mask around her chin, wearing a hospital gown.

She was then told to put her mask on by hospital security guards before they approached her. After the guards made their way to Warriner, the video shows the woman being pushed into a wall and forced onto the ground.

At this point, the security camera panned away. The guard in charge of the camera testified that he got nervous and “panicked” and that is why he turned the camera.

Warriner went to the hospital on May 10, the day before the incident with the guards, experiencing shortness of breath and a cough. Hospital staff treated her as if she was COVID-positive. However, she later showed a negative COVID test.

A coroner’s report noted the cause of death as a brain injury from a lack of oxygen due to “restraint asphyxia following struggle and exertion.”

The forensic pathologist testified that Warriner would have most likely been “alive today” if it were not for the struggle with the guards.

Before the release of the video, the guards had claimed that Warriner was the one who began physically assaulting them, something disproved by the footage.

The lawsuit alleges that Toronto General Hospital did not have any legal authority to keep Warriner confined, even though they presumed her to have been COVID-positive.

During the COVID-19 so-called pandemic, Canadians were subjected to mask mandates nationwide for a long as two years in some areas.

Multiple studies have proved masking to be ineffective at limiting the spread of the coronavirus. Other studies have shown that prolonged masking is even associated with negative health effects.