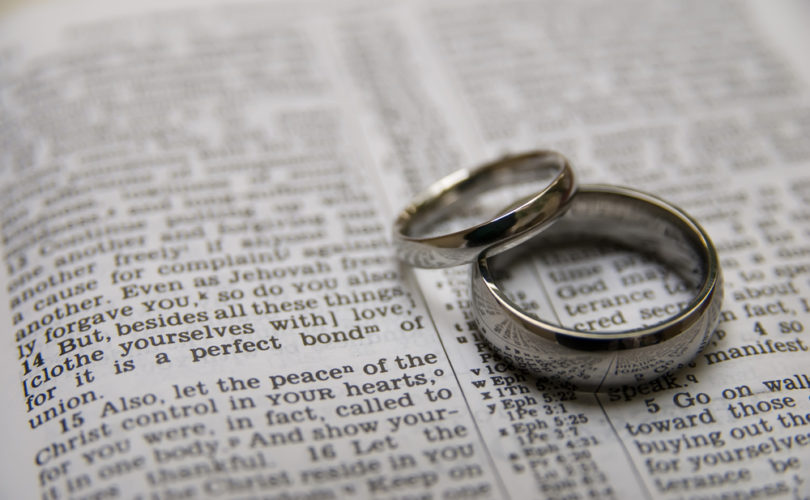 (LifeSiteNews) — The conservative Family Research Council (FRC) announced that it will work to replace every Republican in the U.S. House of Representatives who backed a Democrat bill to codify forced recognition of same-sex “marriage” and open the door to federal recognition of polygamy.

Wisconsin Family Action president Julaine Appling noted that the bill “lays a foundation for the IRS or other federal agencies to strip tax-exempt status from religious non-profits that do not affirm same-sex marriage. If RMA is passed, it would represent a clear statement that Congress believes opposition to same-sex marriage is against public policy.”

Even so, 47 House Republicans joined every House Democrat in voting to pass it, with the blessing of House Republican leaders Kevin McCarthy and Steve Scalise. In response, the conservative nonprofit’s FRC Action PAC “will endorse conservative challengers to those incumbents,” the group announced via press release, starting with former Trump administration official John Gibbs’s challenge to Rep. Peter Meijer of Michigan.

“The so-called Respect for Marriage Act undermines fundamentally important principles on marriage, family, and religious liberty,” FRC president Tony Perkins said. “We draw the line here. These bedrock principles about the true meaning of marriage are not negotiable. Marriage and religious freedom are red lines.

“We all recall when President Obama’s solicitor general said at oral arguments in Obergefell that it was ‘certainly going to be an issue’ if religious schools wanted to retain their tax-exempt status after that ruling,” Perkins continued. “If Congress passes the (Dis)Respect for Marriage Act, it will only intensify the effort to marginalize, silence and eliminate. Whether the 47 GOP members recognize it or not, they cast a vote against religious freedom in America. We will not be supporting anyone to hold public office who supports legislation that undermines natural marriage and religious freedom.”

Gibbs defeated Meijer in Tuesday’s GOP primary. Meijer was already controversial supporting the impeachment of former President Donald Trump and other left-wing stances, such as the establishment of a federal vaccination status database. But the bulk of the attention his race received came from the Democratic Congressional Campaign Committee’s (DCCC’s) decision to financially back Gibbs over Meijer on the theory that Gibbs would be easier to defeat in the general election.

So far, Senate Republican leader Mitch McConnell has declined to stake out a public position on the legislation until Democrat majority leader Chuck Schumer announces a decision on bringing it to the floor. Five Republican senators have either committed to or implied supporting the bill: Susan Collins, Lisa Murkowski, Thom Tillis, Rob Portman, and Ron Johnson. Democrats need a total of 10 GOP defections to clear the Senate’s 60-vote filibuster threshold. Democrat Sen. Tammy Baldwin of Wisconsin claims to have secured enough additional GOP votes to pass it.

In the meantime, while Senate GOP leaders are neglecting to mobilize opposition to HR 8404, conservative groups such as FRC, American Family Association, and LifeSiteNews are picking up the slack. LifeSite is currently running a VoterVoice campaign attempting to make Republican senators aware of grassroots opposition to HR 8404, and vote against it accordingly.