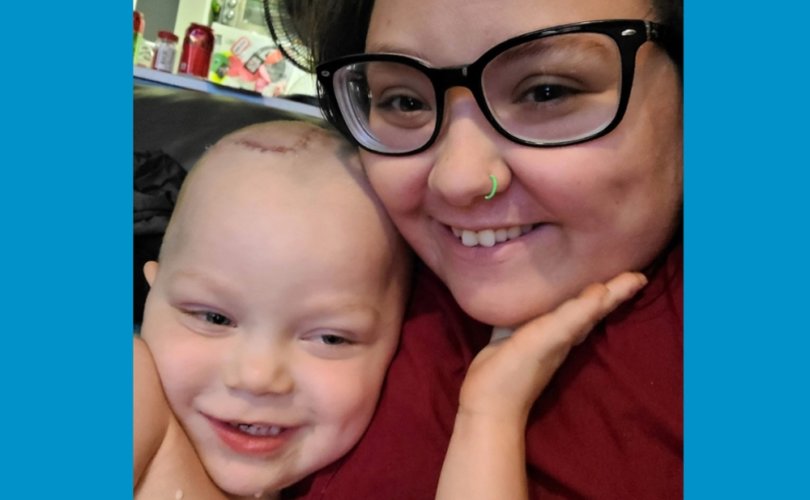 Support Elon and his parents at LifeFunder.com

(LifeSiteNews) — An Illinois family whose son suffers an average of 100 seizures per day says his next brain surgery will either give them control of his disorder, or leave him at risk of not being able to talk again.

Elon Marler, 3 years-old, has Dravet Syndrome, a rare and severe form of epilepsy that became apparent when he had his first seizure at 8 months old.

That seizure lasted almost two agonizing hours, and his parents Isabella and Jonathan have been battling the condition with Elon ever since.

When playing, Elon can have up to 100 seizures an hour, taking much of the happiness out of what should be the best time in a child’s life.

His first brain surgery took place on September 28 this year. Elon underwent a corpus callosotomy, splitting his brain two thirds of the way in the hope of slowing down the seizures, but the procedure was unsuccessful.

His distraught parents have opted to try one more time in a second surgery that will see the left and right side of his brain completely severed.

Side effects include six weeks or more of atonic mutism, where he will be unable to move or talk. Elon also has a greater risk of never being able to talk again, stuttering, losing control of a limb, and a risk of infection or death if the surgery goes wrong.

He will also be having a vagus nerve stimulator placed in his chest and going to his brain, sending a burst of electricity to help control the seizures.

Because of the demanding care he requires, the Marlers have lost their home twice, as well as several jobs, since Elon’s Dravet Syndrome manifested itself.

“Our family has been through so much the last few years,” Isabella Marler told LifeSiteNews. “We have lost our home twice and struggle to make ends meet constantly over the years due to the numerous doctors’ appointments and losing our jobs due to the around the clock care Elon requires.”

“Due to COVID, our 1-year-old daughter is unable to attend appointments, meaning someone also has to stay home with her,” she added.

Isabella, who has found a more flexible job recently, explained to LifeSiteNews how the Marler family will have no income for at least 6 weeks during Elon’s upcoming surgery and recuperation, but are willing to sacrifice everything for their precious son.

“Elon is such an amazing person and so strong,” his mother says. “He never gives up no matter how many times he falls and has seizures. He loves to play with his sister.”

“He loves to give kisses and loves to count. We ask anyone who reads this to please pray for Elon, our family, his surgeon, doctors, and anyone else included in this surgery.”

Isabella finished by quoting Isaiah 41:10: “Fear not, for I am with you; Be not dismayed, for I am your God. I will strengthen you.”

LifeSiteNews has set up a special LifeFunder campaign where people can support the Marlers’ medical bills and living expenses during this exceptionally difficult time.