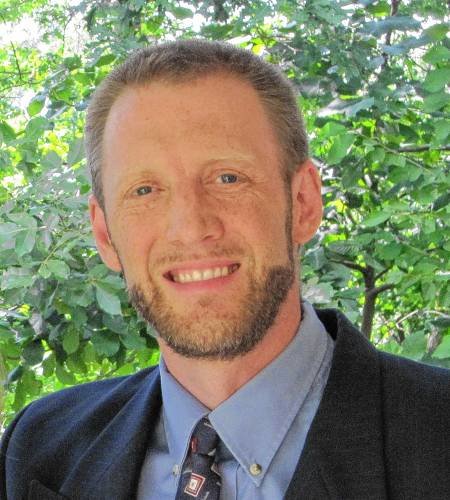 DUNBARTON, New Hampshire (LifeSiteNews) — A former state representative and co-founder of an organization  dedicated to the reversal of crippling COVID-19 measures is fighting against the state to retain custody of his own children after he gave them a benign FDA-approved drug to treat symptoms of COVID-19.

Joseph (JR) Hoell, a Christian homeschooling father of four and “conservative firebrand” who served four terms as a New Hampshire state legislator from 2010 through 2018, has spent the past several weeks fighting a harrowing legal battle after state officials threatened to take away his children when it became known he treated their COVID-19 symptoms with the safe antiparasitic drug ivermectin.

The best news is my children are healthy and doing amazing in spite of the actions of the state. For now they are in our care. https://t.co/s0qbsmJinS

During a phone interview Thursday, Hoell, who also spent two years on the New Hampshire House Children and Family Law Committee from 2013 to 2014, told LifeSite that the court case is not closed.

While noting that a state statute prohibits him from discussing the details of the ongoing legal proceedings, Hoell was able to confirm that the state has not backed down on its attempts to remove his children from his home “on fraudulent claims.”

According to a crowdfunding campaign page set up by former New Hampshire State Rep. Andrew J. Manuse to help the Hoells with their legal expenses, the homeschooling family of six was hit with COVID during the middle of last month and used ivermectin to treat the symptoms.

While the family had fully recovered from COVID by Thanksgiving, that’s not when their troubles ended.

Hoell told LifeSite that in early December, long after the family had recovered from COVID and stopped taking ivermectin, the family’s 13-year-old son became “disoriented” and “loopy” after taking an over-the-counter acetaminophen “at a level that would be a concern.”

“So I did what any reasonable and loving parent would do,” Hoell said. Fearing the boy had taken too much of the medicine, Hoell called the poison control hotline and was advised to take the teenager to the emergency room, which the family did on December 4.

“The hospital found no evidence [of] Acetaminophen in his son’s bloodstream and sent the family home,” Rep. Manuse wrote in his statement on the fundraising website.

Carolyn McKinney, a close family friend who wrote a Twitter thread outlining the family’s difficulties, noted that ER staff advised Hoell to follow up with a primary care physician. Hoell agreed and took his son to see a nurse practitioner at a family practice associated with the Catholic Medical Center (CMC) in Goffstown, New Hampshire.

The child’s PCP, a PA who has only seen him a few times, examined him. During the exam, @NH_Braveheart disclosed that the 13yo had been given ivermectin to treat COVID. The PA did not say anything that would indicate that is a problem, and they left the appointment without issue.

During the appointment, Hoell mentioned to the nurse practitioner that the boy had recently recovered from COVID-19 after taking ivermectin.

According to Manuse, that’s when the state got involved in an extraordinary way.

Manuse said medical staff “immediately blamed the ivermectin for the son’s [Acetaminophen] story and called the Division of Children, Youth and Families (DCYF),” then “coordinated with police to have all of JR’s minor children removed from his home.”

According to an op-ed by Jim Kofalt, a New Hampshire state representative and board member of the conservative group 603 Alliance, the “DCYF saw fit to issue a protective order, deploy their agents, and issue a ‘be on the lookout’ notice to local police departments.”

“Fortunately, the parents quickly figured out what was going on; they were able to move the children to a safe location before DCYF could get to them,” Kofalt said.

LifeSite reached out to the Catholic Medical Center but was informed that CMC was unable to “comment or add context” to the questions presented “due to privacy regulations.”

The DCYF has not returned LifeSite’s request for comment.

Hoell told LifeSite that during his time serving on the Children and Family Law Committee he had “heard these horror stories from parents” and was therefore “skeptical about where this was going in the beginning.”

He said the state agency’s “actions have proved my skepticism out.”

The family has since launched a legal defense, hiring an attorney to defend their children from what Manuse called a “medical kidnapping attempt by the state.”

“DCYF and medical professionals have been secretive and threatening in their entire handling of JR’s case and their actions are without merit; these children are blessed with an upstanding and loving family,” Manuse said. “We can’t let this abuse of power stand without a major fight.”

“On Thursday, Dec. 16, JR appeared for a preliminary hearing in a Concord Courtroom and came to an agreement to have his son seen by a doctor so that he can get back to his regular life,” Manuse said, adding that as long as the physician clears the Hoells’ son of risk of coma or death, the family has been “assured custody of the children.”

“Clearly, this is not a risk,” McKinney said in her Twitter thread. “The greater risk is a medical industry completely blinded by the lies of mainstream media to discredit ivermectin — a safe drug that has been around for 30 years that was once awarded a Nobel Prize.”

The greater risk is a medical industry completely blinded by mainstream media lies to discredit Ivermectin—a safe, Nobel Prize winning drug. The hysteria concerning Ivermectin is just scratching the surface of medical misdiagnosis and corruption since the start of the pandemic.

“The uninformed medical opinion of the physician’s assistant who notified DCYF and police is a risk to us all,” Manuse said. “Today it was JR’s children at risk; tomorrow it could be mine or yours.”

Though Hoell said he couldn’t go into further details, he clarified that the legal battle is not over and state authorities have not given up on their attempts to take away the children.

Hoell told LifeSite he has hope that his family’s legal battle will ultimately result in protection for other families going through similar situations.

“My heart bleeds for the families that have had to go through this, because we’re not the only one. We need to make sure this never happens again to anyone else,” Hoell said, calling the situation “a travesty in terms of justice.”

McKinney predicted the ordeal the Hoell family is enduring “will certainly be a catalyst for reform here in this state,” telling LifeSite in an email Tuesday, “They messed with the wrong dad.”

After racking up more than $10,000 in legal fees in the first week alone to ensure the protection of their children, Hoell and his family are heading into Christmas still fighting to keep their family together. Despite the family’s troubles, Hoell expressed optimism, and said the situation is ultimately in God’s hands.

“God’s got this,” Hoell said. “Literally, God’s got this. He prepared us ahead of time. We didn’t know that He was preparing us for this, [but] He has definitely walked us through this even though it’s been a horrible circumstance.”

Those able to contribute to help the family with their mounting legal expenses can donate on the GiveSendGo fundraiser page.