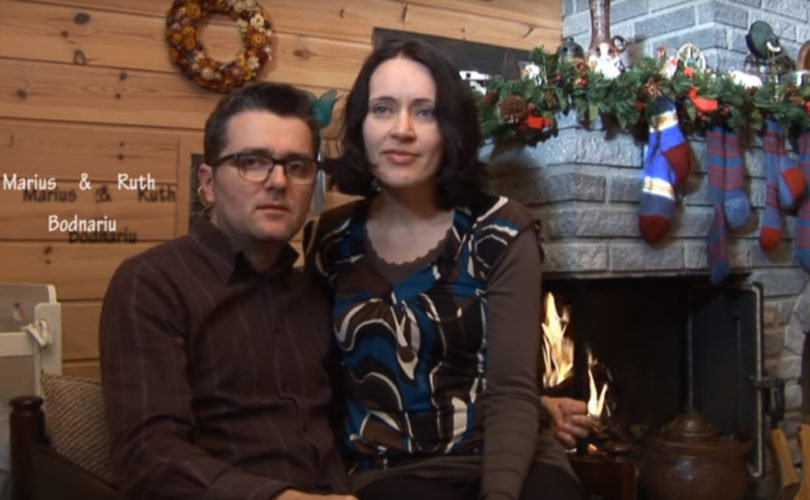 March 3, 2017 (LifeSiteNews) – Families all over Europe and the parents’ rights groups that defend them from state intrusion are watching closely as the European Court of Human Rights decides whether to take on the Bodnariu family's case.

The Bodnarius are a Norwegian-Romanian couple whose five children were all seized by the Norwegian child welfare agency Barnevernet in November 2015. The seizures took place reportedly because officials were concerned that the parents' strong Pentecostal Christian beliefs would harm their children, as well the fact that they use corporal punishment.

After Romanian expatriates organized an international campaign with protests in 50 cities and two dozen countries and gathered 50,000 signatures on a petition, the Norwegian government relented. Last June, it ordered Barnevernet to return the children.

The petition supporting the family claimed that the parents were accused of “Christian radicalism and indoctrination.”

Now lawyers on behalf of the Bodnariu family are awaiting the European Human Rights Court’s decision on whether to launch a formal examination of Barnevernet’s conduct.

“It would be a good start,” Peter Costea, a Romanian-American lawyer who lobbied vigorously for the Bodnarius. “What the EHRC decides would set a precedent for 47 European countries to follow, not just the ones in the European Union.”

Costea said the United Kingdom and Finland have both demonstrated the same dangerous tendency to usurp “the rights of parents.” In fact, he told LifeSiteNews, “Outside of the U.S. and Canada, especially in Europe, parental rights are among the most neglected.”

This seems especially true in Norway, where the Barnevernet’s eagerness to seize children went largely unchecked by public opinion until it became an international embarrassment. In 2014, Costea points out, Barnevernet apprehended 9,611 children.

In both Canada and the United States, Costea noted, child welfare agents must answer to courts for child apprehensions. However, in Norway, the whole episode of child seizures, foster placements and restoration to the Bodnarius takes place far from the glare of courtrooms.

“There was no judicial involvement. It was always an administrative body,” Costea said.

Even the final decision to restore the children was, in Costea’s opinion, not based on an assessment of the children’s best interest but on “international pressure.”

Still, the initial seizure was certainly rooted in the concern of public officials that the parents’ Christian faith posed a danger to their children.

“[We are] worried,” stated the minutes of a meeting with those officials, “that this is a way of upbringing which is justified by the Bible. [Marius and Ruth's] Bible-based parenting style caused stress for the children, [and we are concerned that the girls might have] an inner conflict [about] not being good enough when it comes to their parents' values.”

Several explanations have emerged for why Norwegians tolerate Barnevernet. First, a disproportionate share of the children seized are not ethnic Norwegians but immigrants. Second, Norwegians are supportive of a nanny state. Third, they are suspicious of people who, like the Bodnariu family, live outside of communities away from the public eye.

Fourth, the Bodnarius are Pentecostals. In a 2008 poll, only seven percent of Norwegians identified themselves as “very religious,” and 22 percent said they were “very non-religious.” A majority are atheist, but those Norwegians who are religious are mostly Evangelical Lutherans. They practice a liturgical faith very different from the Pentecostalism that has flourished in Romania since the Cold War. The state-funded Lutheran Church in Norway did not support the Bodnariu family.