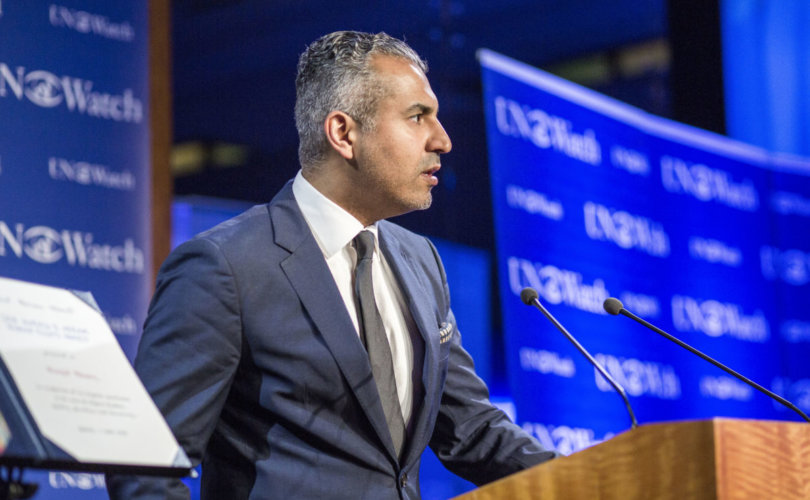 June 19, 2018 (LifeSiteNews) – A nonprofit group frequently accused of anti-Christian bias and misrepresenting conservatives as bigots has settled a defamation suit brought by an organization it falsely labeled “anti-Muslim extremists.”

The Southern Poverty Law Center (SPLC) bills itself as a “civil rights” watchdog that monitors “hate groups and other extremists.” But while it does identify some actual racist organizations on the political fringes, many of its targets are mainstream Christian, pro-family, and conservative groups.

Last week, SPLC President Richard Cohen issued a public apology to the British-based Quilliam Foundation and its founder Maajid Nawaz, for including the group in a “Field Guide to Anti-Muslim Extremists.” On Monday, SPLC confirmed it had paid $3.375 million to the foundation as part of the settlement agreement. The group will also remove the field guide from its website and social media.

“It should be noted per the Settlement Agreement that Media Matters, the Center for New Community and ReThink Media were co-publishers of the defamatory falsehoods in issue,” Power Line’s Scott Johnson added. “The settlement agreement includes the claims against them.”

Quilliam describes itself as the “world’s first counter-extremism organisation,” dedicated to advancing human rights, religious pluralism, and democratic values in Muslim countries. Nawaz is a former leader within a global Islamist group, who has since converted to being a “secular liberal Muslim” and now dedicates himself to criticizing Islamic extremism.

SPLC originally included Nawaz and Quilliam in the guide for tweeting a cartoon of the prophet Muhammad, condemning the use of face veils in certain public places, and listing several British Muslim groups in a report for a security official, the Washington Times reports.

“Since we published the Field Guide, we have taken the time to do more research and have consulted with human rights advocates we respect,” Cohen said. “We’ve found that Mr. Nawaz and Quilliam have made valuable and important contributions to public discourse, including by promoting pluralism and condemning both anti-Muslim bigotry and Islamist extremism.”

“With the help of everyone who contributed to our litigation fund, we were able to fight back against the Regressive Left and show them that moderate Muslims will not be silenced,” Nawaz responded in a statement. “We will continue to combat extremists by defying Muslim stereotypes, calling out fundamentalism in our own communities, and speaking out against anti-Muslim hate.”

Conservatives who have also been targeted by SPLC met the news with celebration.

“The Southern Poverty Law Center has long been the Left’s pit bull — resorting to smears and a hate map to advance its liberal political agenda,” Family Research Council president Tony Perkins said. “But its falsehoods and dangerous tactics have finally caught up with them.” Perkins expressed hope that SPLC’s admission of guilt would leave the mainstream media and other companies “with no excuse in continuing to use the SPLC as an objective, independent source.”

SPLC declared that it is “committed to redoubling our efforts to ensure that our work is always carried out with the utmost care and integrity,” but social conservatives say it still has many other falsehoods to answer for.

The group’s campaigns have gotten the online donation processing service Vanco (which is affiliated with Wells Fargo) to cut ties with the Ruth Institute, a pro-children think tank critical of the Sexual Revolution; convinced the charity monitor GuideStar to label 46 conservative organizations, including FRC and the American College of Pediatricians, as “hate groups”; inspired “hard news” reports from ABC, NBC, and others to identify the religious liberty firm Alliance Defending Freedom (ADF) as a “hate group”; and more.

Conservative groups have also expressed alarm that Facebook, Twitter, Google, and Amazon all partner with SPLC to varying degrees, to help identify alleged “hate groups” to restrict or block from their services.