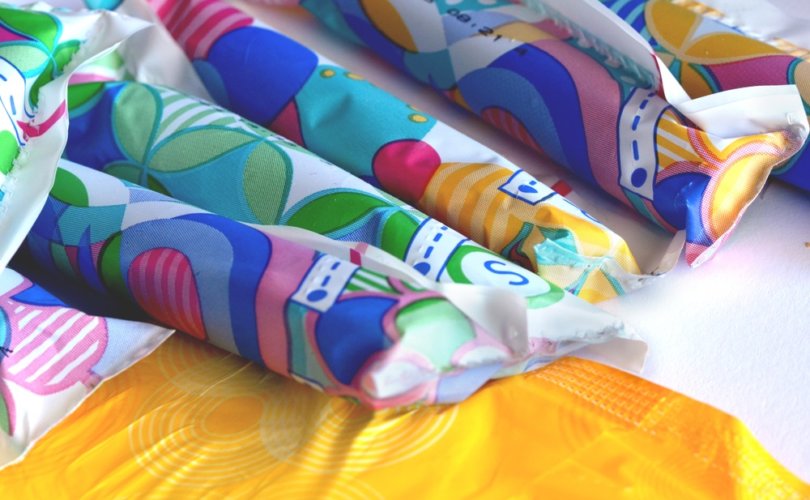 NEW YORK, December 19, 2019 (LifeSiteNews) — The left-leaning American Civil Liberties Union (ACLU) is demanding that tampons be provided in men’s public restrooms, ostensibly to prevent discrimination against “every person who menstruates.”

In a statement released on Tuesday, the ACLU called for eliminating sales tax on feminine hygiene products and declared, “While free menstrual products are not uniformly provided in women’s restrooms, they are almost never available in men’s restrooms, even for pay.” The group suggested that men are able to menstruate, arguing that it is not a “full or accurate portrayal” to affirm the fact that only women “menstruate, get pregnant, or breastfeed.”

Back in November, on “International Men's Day,” the ACLU issued a similarly gender-bending statement, declaring on social media: “Men who get pregnant and give birth are men.” In 2015, the ACLU argued that boys who claim to be girls should be allowed to use high school locker rooms and restrooms reserved for girls. It stated, “A transgender girl is a girl.”

Sales tax on feminine hygiene products is, the ACLU asserted,  “sexist” and “irrational” and directly affect “cis and trans women, trans men, and non-binary people.” It concluded, “It’s unfair, unconstitutional, and illegal.” LGBT activists apply the word “cisgender” to the vast majority of people who acknowledge and accept their sex, as opposed to “transgender” people who do not.

Citing an argument by a legal scholar that the so-called “tampon tax” is a violation of equal protection under the Constitution, the group asked: “How can we recognize that barriers to menstrual access are a form of sex discrimination without erasing the lived experiences of trans men and non-binary people who menstruate, as well as women who don’t?”

The ACLU asserted that “trans and non-binary people may need menstrual products,” even if they do not menstruate. “Trans women and non-binary people may also need pads and liners for months after vaginoplasty [surgery that mutilates male genitals to shape them into an artificial vagina], and occasionally at other times,” it said, and added that these persons may also experience “period symptoms” and thus require medication. Those experiencing heavy bleeding, it said, face barriers to treatment and a continuous and “unmet need for pads and tampons.”

ACLU stated that activists are “mobilizing for menstrual equity” around the country, especially to eliminate sales tax on feminine hygiene products in all states. The statement linked to a Menstrual Equity Toolkit, which offers model legislative language that would require the provision of feminine hygiene products in all restrooms in prisons, public schools, and shelters.

“Menstrual equity is a basic equity issue,” the Toolkit reads. “Just as we have regulated the provision of toilet paper and paper towels in public restrooms, so too should we do the same for menstrual products.”

In an interview with LifeSiteNews, writer Kaeley Tiller of Hands Across The Aisle said that while she is persuaded that sales tax on feminine hygiene products should be eliminated, she denounced the ACLU’s “ludicrous” initiative as inherently “wasteful” at the very least and contended that it may even expose women to violence in men’s restrooms. “Basically,” she said, “what they’re doing is declaring war on the reality of biological sex. That’s what this is.”

According to its website, Hands Across The Aisle, of which Tiller is a co-founder, is an alliance of “radical feminists, lesbians, Christians and conservatives” who are setting aside their differences in order to oppose “gender identity legislation,” which they see as an “erasure of our own hard-won civil rights.”

Currently, there are 35 U.S. states that tax menstrual hygiene products. In Europe, feminine hygiene products are tax-free only in the Republic of Ireland. They are non-taxable in Australia, Canada, and India, as well as nine other countries.