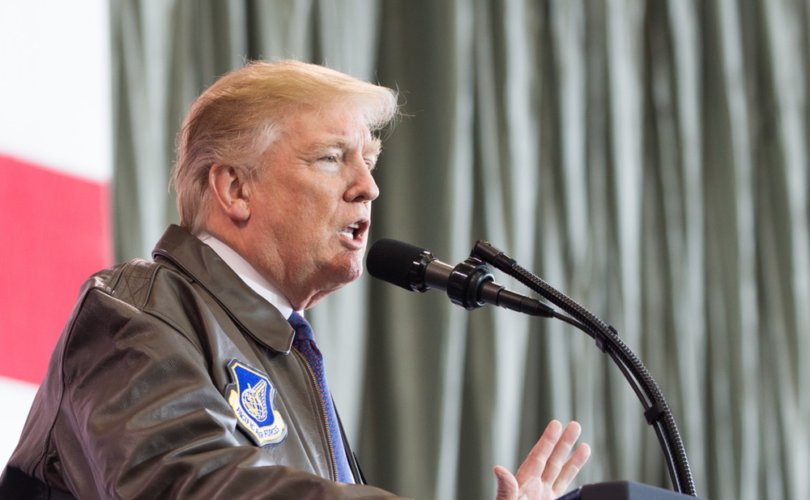 WASHINGTON, D.C., February 22, 2018 (LifeSiteNews) – Yesterday came and went without an expected update on the Trump administration’s policy of barring transgendered individuals from serving in the military.

But White House officials told the Washington Examiner that Defense Secretary James Mattis “has forwarded his recommendations” on the policy to the president.

“It’s now up to the president to decide whether to accept Mattis’ advice, which he is making a point of giving in private,” Jamie McIntyre wrote at the Examiner. “But Pentagon officials tell me they don’t expect Trump to make an immediate decision, because the Pentagon is operating under four separate court orders that prevent any changes to the Obama-era policy that allows transgender troops to serve openly, and provides medical care for conversion therapy for current service members.”

When Trump announced his administration’s initial policy, he cited the “tremendous medical costs and disruption” that gender-confused soldiers pose to the military.

“After consultation with my Generals and military experts, please be advised that the United States Government will not accept or allow Transgender individuals to serve in any capacity in the U.S. Military,” he wrote on Twitter. “Our military must be focused on decisive and overwhelming victory and cannot be burdened with the tremendous medical costs and disruption that transgender in the military would entail. Thank you.”

This new policy was met with a firestorm of criticism from the left. LGBT lobby groups immediately launched lawsuits; four federal judges already ruled against the ban.

Color-blindness, depression, anxiety, and other physical and mental conditions regularly disqualify people from enlisting in the U.S. military.

On February 20, Buzzfeed reported that it had obtained emails from “Gen. Joseph Dunford, the country’s highest-ranking military general, on July 27, 2017, to generals of the Air Force, Army, Marines, National Guard, and Navy.”

In these emails, Dunford said “Trump’s announcement ‘was unexpected’ and that he intended to say he was ‘not consulted’” on the policy.