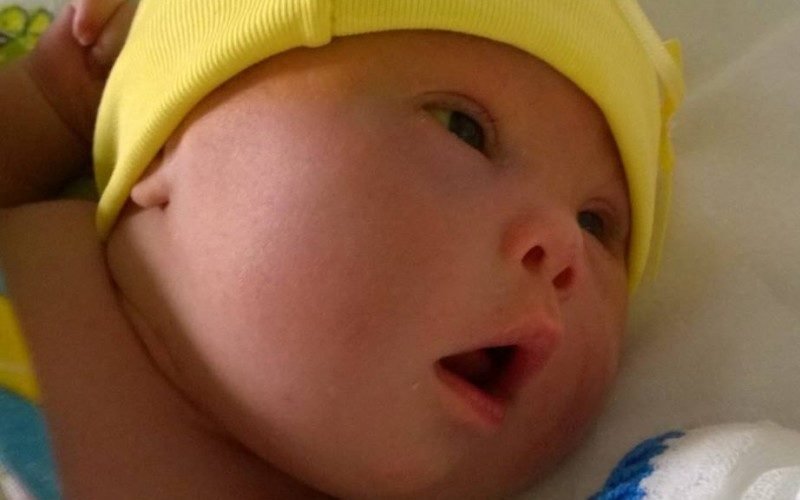 February 6, 2015 (LifeSiteNews.com) — Families are meant to grow together, but sometimes it doesn't work out that way. After his son was born with Down syndrome, Samuel Forrest had to live through a heart-wrenching choice: either put him up for adoption or watch his wife walk out of his life.

Forrest, who hails from Auckland in New Zealand, was overjoyed when his wife gave birth to their son in an Armenian hospital on January 21. But then he learned that not everyone was as excited about the birth of Leo.

“When the doctor came out, he said 'there’s a real problem with your son,'” Forrest told ABC News. “When I walked into the room they all turned to me and said, 'Leo has Down syndrome.'”

In Armenian hospitals, Forrest said, the hospitals allow parents of children with Down syndrome to give their children up for adoption without taking them home.

“My wife had already decided, so all of this was done behind my back,” he said.

His wife, Ruzan Badalyan, demanded it, telling him to give up their child or she would divorce him, according to Forrest's account.

“They took me in to see him and I looked at this guy and I said, 'He's beautiful. He's perfect, and I'm absolutely keeping him,'” he said.

Badalyan confirmed to ABC News that she has, in fact, filed for divorce from her husband.

To cope with the new expenditures, and being a single father, Forrest has started a GoFundMe page. “The goal is to raise enough for a year, so I can get a part-time job so Leo doesn't have to be in daycare and I can help care for him.”

“Nine days after we started our campaign, Leo and I found out in the wee hours of morning that we had crossed our target! He is a lucky guy to have the support of thousands of friends like you around the world,” wrote the proud father.

He said the extra money will be used to give Leo “a good home and school.”

But it won't all be used for his own family needs. “After what I've been through with Leo, I'm not going to sit back and watch babies be sent to orphanages,” he said.

“We will use some of the money you've given to fund facilities and programs here in Armenia that will support future parents to keep their kids despite all disabilities, and to help better care for the special ones who end up away from their Mom & Dad,” he wrote on his GoFundMe page. “We’d also like to share the surplus funds with the only orphanage in Armenia that regularly takes abandoned Down Syndrome babies as well as other organizations that can help these children – thanks to your support we can start to make a difference already.”

Adoption is but one form of discrimination facing those with developmental delays. Parents of unborn babies with disabilities often experience great pressure to abort. Studies show that 90 percent of all children diagnosed with Down syndrome before birth are aborted, establishing a de facto form of eugenics.

“I’m one of the 10 percent that was not given away at all to abortion. I made it through it,” David DeSanctis, the 23-year-old actor who recently starred in the independent feature film Where Hope Grows.

Forrest hopes other parents, and someday the rest of society, will love and value these children.

“'A child with Down syndrome' – that becomes somewhat of a label. If we can get around this label, we’ll see that they’re normal,” he told ABC.

“I want to work hard to find out where Leo's special,” he said. “This little guy is great.”

99% of people with Down syndrome say they are happy: so why are most Down’s babies aborted?

Amanda Marcotte wants people to abort babies with Down syndrome

British mom pleads for parents to forego Down syndrome tests
6 amazing Down syndrome people show the world what it’s missing
October is Down Syndrome Awareness Month: here are the facts