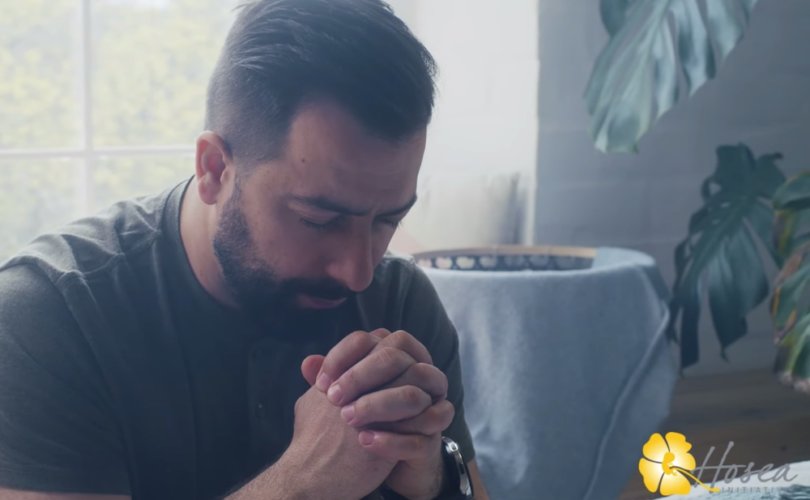 June 19, 2020 (LifeSiteNews) – A pro-life and pro-family group launched a video contest earlier this month to recognize and award men across the country who exemplify the character of Joseph of Nazareth – the man God called to guide and protect the Christ-child and mentor him into manhood.

“We’re honoring men across America who exemplify the characteristics of Joseph, the earthly father of Jesus Christ. What does a ‘Joseph’s Heart’ man look like? He's a man who honors and is faithful to the Word of God. He's a hard-working and courageous man. He's a man who will protect women and children and all the people who have been entrusted to his care,” she said.

The purpose of the contest, which launched June 1, was to shine a spotlight on noble men who exemplify true fatherhood. Video creators were asked to make a one-minute video of someone they considered to be a “super-hero” dad, grandpa, spouse, pastor, or male community leader who reflects in some way the virtues of St. Joseph.

Hosea Initiative received videos from coast to coast showcasing men of all ages and walks of life who exemplify the heart of Jesus’s earthly father. Four finalists have already been selected by a panel of judges. The videos now advance to the second part of the competition where anyone can view the videos and cast a vote for their favorite one to help determine the winner.

The finalists are now available for viewing and voting on the Hosea Initiative Facebook Page, Hosea’s YouTube Channel, and Our Action Place [phone app] and can be voted on at all three social media platforms. Hosea Initiative is encouraging viewers to cast their vote for their favorite video by liking, commenting, and sharing.

The top four videos include:

Cash prizes will be awarded to the winners:

Choosing the winner now rests with the audience.

Each “like” on a video earns that video creator 1 point; each “share” earns the nominee 2 points. Comments will earn the video maker 2 additional points per comment and will be read by the judges.

Hosea Initiative is encouraging everyone to watch the videos and “honor the great men who give of themselves to their family and community.”

“This is just one more way to reclaim a culture of for life,” the organizers state.