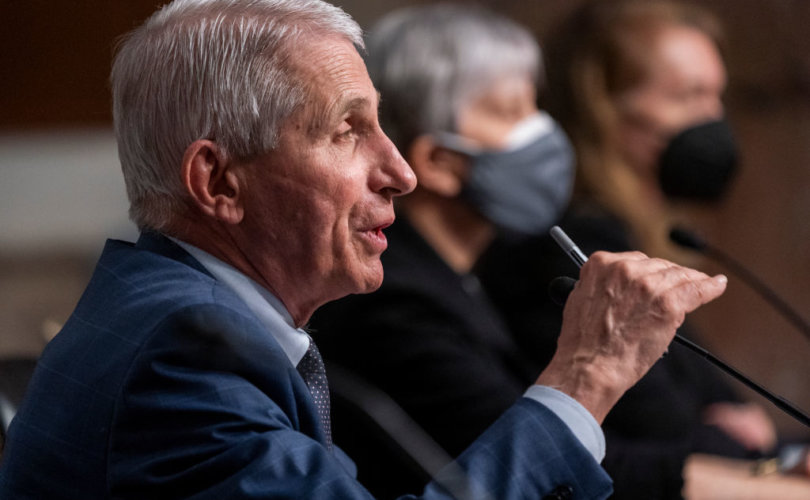 OKLAHOMA CITY (LifeSiteNews) — The most conservative member of the Oklahoma state senate said COVID czar Dr. Anthony Fauci “belongs in federal prison,” according to comments he gave to a conservative publication recently.

“He is the prime poster child for government bureaucrats not being held accountable for their actions. I believe he has caused deaths,” state Sen. Nathan Dahm told the Washington Examiner recently. Dahm is running in the June 28 GOP primary for the U.S. Senate seat left open with Sen. Jim Inhofe’s retirement. The American Conservative Union gave Dahm a 100 percent rating for votes taken in 2021.

“If you look at his record, during the AIDS epidemic, he was wrong about almost everything that caused that epidemic to grow even worse, caused even more deaths,” Dahm said in his interview. “And I think he’s actually caused deaths in America, and I think he should be held accountable for that and he should go and he should rot in a federal prison for the rest of his life.”

Dahm sponsored legislation this year that, if passed, would allow individuals to buy ivermectin and hydroxychloroquine over the counter without a prescription.

Fauci’s continued employment as the highest-paid federal worker has become a campaign issue for some. Daily Wire host Michael Knowles has urged candidates to sign his Public Health Protection Pledge.

Candidates who sign the pledge promise to investigate Fauci’s potential “corrupt activities” concerning COVID-19 and to reduce his salary to $0.00.