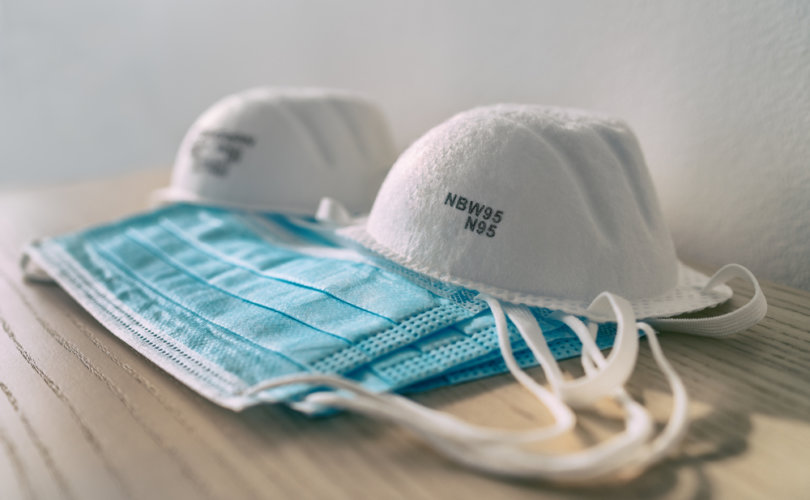 WASHINGTON, D.C., April 1, 2020 (LifeSiteNews) ― Communist China is sending shipments of faulty medical supplies to Europe during the coronavirus pandemic that will not heal people, but will kill them, an expert on China has stated.

Steven Mosher, author of Bully of Asia: Why China’s Dream is a Threat to World Order, told the Fox News host of “The Ingraham Angle” on Monday night that China has been sending defective equipment to European countries stricken by its latest coronavirus.

“China’s coming in like a ‘white knight’ into Europe with lots of medical supplies, ventilators,” Ingraham told him. “And these Eurozone countries are welcoming them with open arms, not thinking that there’s going to be any strings attached because they’re in crisis.”

“Yeah, and then they’re finding out that the masks leak, that the protective gear doesn’t work,” Mosher replied.

He reported that Spain, The Czech Republic, and Holland have already decided to send China back its defective test kits or other equipment.

According to the BBC, authorities in Spain, Turkey and the Netherlands have reported that thousands of Chinese “testing kits and medical masks are below standard or defective.”  Newsweek has similarly reported that officials in those countries and The Czech Republic have rejected Chinese supplies as “not fit for purpose.”

Europe is not alone. Australia has also reported substandard supplies from China.

“A lot of the junk coming from China is literally junk,” Mosher stated.

“It will not heal people. It will kill people.”

Mosher took issue with the World Health Organization (WHO) refusing to acknowledge Taiwan, whose sovereignty China denies. He says Taiwan has provided the world a model response to dealing with the COVID-19 coronavirus. For example, Taiwan was the first country to close its borders to traffic from Wuhan, where the virus originated. Taiwan has a very low rate of infection and few deaths.

“They are a model for the rest of the world to follow, and yet you have the World Health Association, let’s call it the China Health Organization, refusing to hold up Taiwan as a model when it could save lives,” Mosher said.

“What does a health association do when it doesn’t save lives?”

Retired Brigadier General (USAF) Robert Spalding told Ingraham that the WHO and several other powerful international organizations are controlled by China.

“In addition to the WHO, you have the UN Human Rights Council. You have the World Bank. I mean, name an international institution the Chinese Communist Party hasn’t taken over,” he scoffed.

Laura Ingraham stated that the United States media is holding up China as a model for dealing with the crisis and that the U.S. is even considering surveilling Americans through their cellphones to make sure they are social-distancing and not travelling.

Spalding warned that America has to be “very careful” because spreading that kind of state control is what China wants. He stated that China had gone to India to sell 5G communications technology and told the country how it could use temperature sensors to track its population.

“This is creeping authoritarianism,” he said.

Spalding recommended investing in American manufacturing so that Americans “can cut ourselves loose from the Chinese.”