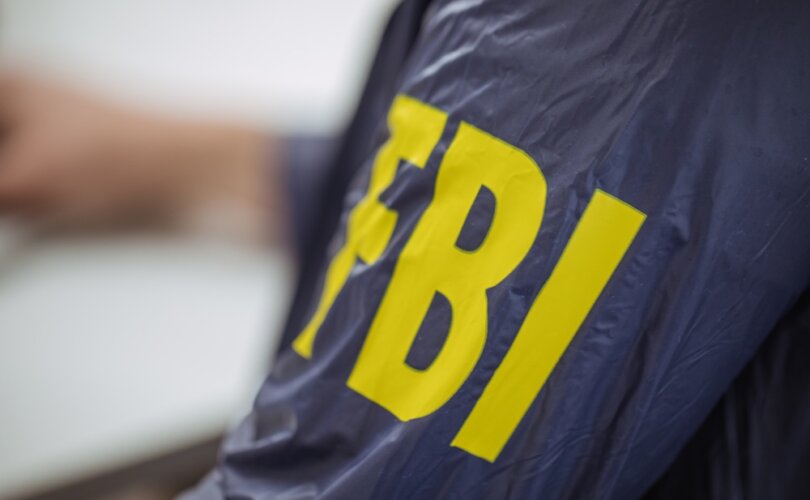 (LifeSiteNews) — At least eight FBI informants were operating within the so-called “Proud Boys” in the months surrounding January 6, 2021, according to court documents reviewed by The New York Times. The January 6 riot has been used as a political cudgel by the left to brand Trump-supporters as “insurrectionists.”

Legal filings reportedly revealed that at least eight FBI “confidential sources” infiltrated the “Proud Boys” militia group and fed information to the FBI in the months around the riot at the U.S. Capitol, The New York Times reported Monday. Last year, the paper had reported that at least two FBI informants embedded within the group had been present at the Capitol on the day of the riot.

The FBI had as many as eight informants inside the Proud Boys in the months around the Jan. 6 Capitol attack, recent court papers indicate, raising questions about how much federal investigators were able to learn from them before and after it took place. https://t.co/vfMPExBNW3

According to the report, the documents revealing the existence of FBI informants were submitted by lawyers representing five members of the “Proud Boys” who are facing trial next month.

The five members have been charged by the Biden administration’s Department of Justice for seditious conspiracy over their alleged involvement in the January 6 disturbance. Last week, the defense attorneys for the men filed a motion asking the court to throw out the federal government’s indictment or delay the trial, Business Insider reported.

According to partially redacted court documents reviewed by The New York Times, the defense attorneys argued that the indictment should be dismissed or the trial delayed because the government had withheld hundreds of pages of documents related to the FBI’s informants. They said the documents contain information that could help them defend their clients against the federal charges lodged against them.

The Independent reported that it remains “unclear what the sources told the authorities” and “what the FBI asked its informants” since “the information is still under a protective order.”

The news has sparked questions regarding the FBI’s awareness of or involvement in the riot before its occurrence.

In testimony before the U.S. House of Representatives on Wednesday, FBI Director Chris Wray refused to say whether or not “confidential human sources” had been “embedded within the January 6th protesters,” or if informants “dressed as Trump supporters” were inside the Capitol “prior to the doors being opened.”

However, he said it was “categorically false” that FBI informants or employees “in some way instigated or orchestrated” the riot.

Regardless of Wray’s denials, conservatives have long suggested that federal law enforcement officers or informants may have played a role in the riot that took place after President Donald Trump’s “Stop the Steal” speech.

Questions remain unanswered, for instance, regarding Ray Epps, a January 6 protester who was caught on video urging people to enter the Capitol while Trump supporters shouted him down with chants of “fed, fed, fed.” Unlike many other January 6 protesters, Epps has not been arrested or charged with a crime.

READ: What is behind the New York Times’ curious defense of alleged Capitol rioter Ray Epps?

In addition, skeptics of the narrative that Trump spearheaded a “deadly insurrection” on January 6 have drawn parallels between the alleged kidnapping attempt of Michigan Democratic Gov. Gretchen Whitmer, which was initially reported as a far-right militia scheme designed to spark political violence.

Evidence later emerged, however, that FBI informants were heavily involved in helping the kidnapping plot, to an extent defense attorneys have argued amounts to “entrapment.”

The Washington Examiner noted that “the informants had a hand in nearly every aspect of the twisted machination, including its inception.”

Earlier this year in an undercover report by Project Veritas, Pulitzer Prize-winning New York Times national security correspondent Matthew Rosenberg said “there were a ton of FBI informants amongst the people who attacked [sic] the Capitol.”