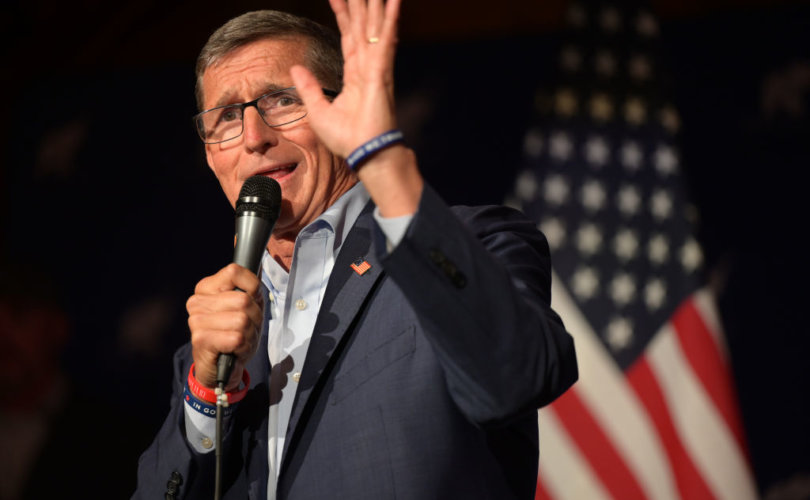 (WND News Center) – A lawsuit that could reveal many of the details of the Democrats’ scheme to create a Russia collusion claim to be used to damage then-candidate Donald Trump, a now-debunked conspiracy that they continued even after he was in the White House, has taken an abrupt turn.

A judge has refused to dismiss it, suggesting the defendant in the defamation claim “may have made clear mis-statements to the FBI” and might be responsible for “falsehoods” told about the plaintiff.

WND reported recently that the case was brought by Svetlana Lokhova against Stefan Halper, a British academic and long-time “confidential human source” for the FBI.

The case had been dismissed, but was returned by active status by an appeals court, prompting Just the News to suggest, “If the case proceeds to discovery or trial, it is likely to renew scrutiny about the weakness of evidence the FBI used to justify investigating Trump, his campaign, and his business associates for alleged collusion with Russia. No such collusion was ever found.”

Now Margot Cleveland at The Federalist has reported that in refusing to dismiss the case, a judge had some warning statements for Halper.

That is that documents suggest he “may have made clear mis-statements to the FBI” and may be responsible for “some falsehoods” about Michael Flynn and Svetlana Lokhova.

The lawsuit focuses on claims made by Halper when he apparently discovered Lokhova was writing a book about the whole Russia collusion scenario, in which Halper played a leading role.

Halper allegedly told his lawyer to contact the planned publishers to get the book project killed.

But in so doing, Lokhova charges, Halper made false claims about her and then “escalated the threats and intimidation to [Simon & Schuster’s] parent company, CBS Corporation.”

The lawsuit charges “[t]he sole purpose of Halper’s actions was to interfere with [Lokhova’s] Book Contract and induce [Post Hill Press] to terminate the Contract.”

The book reportedly described Halper as a “spy, an evil spider at work within and around the Trump campaign.”

It charges he targeted for political destruction Lt. Gen. Michael Flynn. Halper reportedly was the source for unsubstantiated claims that Lohkova got into a cab with Flynn and traveled to London with him after a U.K. conference.

Cleveland noted, “Lokhova explained her motivation for writing the book in the amended complaint she filed in the Virginia federal court. ‘In February 2017, a month after the birth of her first child,’ the document read, Lokhova ‘was inundated by the media and others over false allegations that had suddenly surfaced that she had supposedly conducted a clandestine romantic affair with General Michael Flynn, an American military and intelligence official whom she had met once at an academic dinner over two years earlier and had never seen or spoken to again.’”

“Lokhova explained how she then spent the next two-plus years, ‘piecing together what had happened to her, partly through her own research, partly through the gradual release of information by the United States government, and partly through reporting by U.S. media outlets.’”

She charges that Halper was responsible for threatening her publisher and others, and causing the cancellation of her book contract.

She eventually published the project herself.

Communications that since have been revealed suggest “CHS,” or Halper, was suspicious of Lokhova because he believed her father “may be a Russian Oligarch living in London.”

But the report explained Halper wasn’t even at the Cambridge dinner where Flynn spoke and Lokhova attended.

“Nor did Lokhova leave the dinner with Flynn; she also did not jump into a cab with him and did not accompany him to London on the train,” the report said.

Regardless, Halper repeated his false allegations about her and Flynn to reporters including those at the Wall Street Journal, the Guardian, the New York Times, and the Washington Post, the complaint charges.

It charges that Halper’s claims were the “key” reason the FBI began investigating Flynn.

Cleveland elaborated: “But beyond vindicating her own interests, Lokhova’s lawsuit against Halper also provides a reminder of the problems the Crossfire Hurricane and Special Counsel Robert Mueller’s team had with the confidential human sources who supposedly aided their investigation into Trump’s purported collusion with Russia. From the FBI’s electronic communication summary, it appears that Halper, who reportedly served as a confidential human source for the FBI from 2008 until his presumptive termination following his involvement in the targeting of Trump and the Trump campaign, lied to the FBI about Lokhova and Flynn and then repeated those lies to various members of the media.”

“According to Lokhova,” Cleveland continued, “Halper did not even attend the event at which he claimed he ‘witnessed’ her ‘latch’ onto Flynn. And since she did not leave the event with Flynn and did not jump into a cab with him – much less journey to London with him – Halper’s claims to the FBI were not merely false, but knowingly so.”

The judge told Halper’s lawyer: “There are now a fair number of documentations that do, in fact, link your client to being this source, and more specific information that the description about the meeting in England with Mr. Flynn that this witness that Mr. Halper was, in fact, not present and therefore may have made clear misstatements to the FBI.”