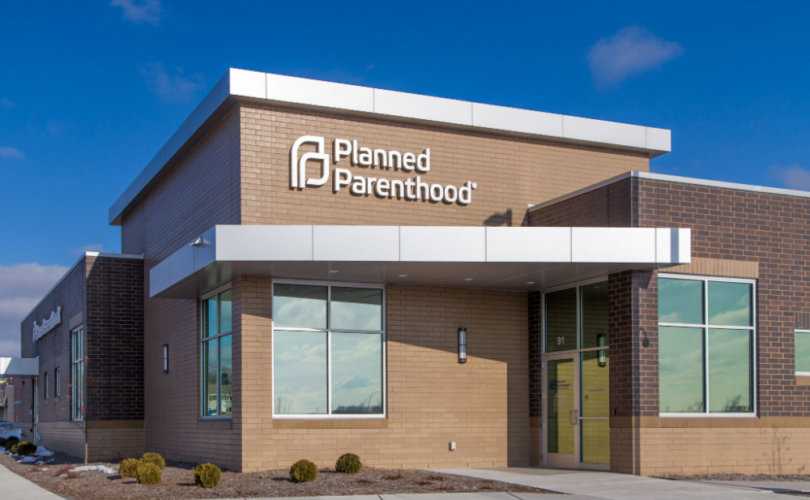 (LifeSiteNews) – FBI agents questioned a pro-life prayer supporter outside a Planned Parenthood abortion facility yesterday in St. Paul, Minnesota after a complaint that he had interfered with a client’s access to the facility.

Brian Gibson, president of Pro-Life Action Ministries, shared with LifeSiteNews that this prayer supporter explained to the agents that his interference with access to the Planned Parenthood facility “could not be possible.”

“This prayer supporter comes almost every day to pray, while kneeling, for hours on end,” Gibson shared in an email on Wednesday. “He kneels on the public sidewalk near a tree cut-out, where no one can walk, at least 30 feet from the entrance driveway to Planned Parenthood.”

Angela Erickson, who co-hosts the pro-life radio show “Living the Gospel of Life” on 1330 AM in the Twin Cities with Gibson, and announced Tuesday’s FBI questioning on Twitter, said her understanding was that, in fact, the man was “kneeling in prayer on the sidewalk” when the FBI agents approached.

“Make no mistake — Biden’s administration is actively trying to silence and instill fear into anyone who opposes their death cult,” Erickson tweeted Tuesday evening.

Noting that this questioning in St. Paul closely followed the FBI arrest of Mark Houck for allegedly violating the Freedom of Access to Clinic Entrances (FACE) Act, Gibson wrote to his group’s sidewalk counselors and prayer supporters on Tuesday, “It seems clear that there is a new effort by the Biden Justice Department to intimidate us all from the important work we do to save lives.”

Erickson shared that an “altercation” had transpired at the St. Paul Planned Parenthood “months ago” in which “a sidewalk counselor/prayer supporter was charged with assault after an escort charged at a prayer supporter with a box cutter,” and a client was “knocked over [by] accident.”

She added that “the sidewalk counselor was charged with assault, but the charges were dropped or dismissed.” However, Gibson said this incident was “not subject to the FBI questioning.”

Gibson told LifeSiteNews that he is “completely unaware of investigations” by federal authorities, and pointed out that, after Tuesday’s events, he reminded his volunteers to “never touch anyone” while on the sidewalk, even if someone “pushes” or “hits” them. Instead, they are to walk away and call the police.

The FBI questioning in St. Paul comes on the heels of a public uproar over the FBI raid of Houck by at least 20 FBI agents due to a supposed FACE Act violation, in what was described as the “attack” of a patient escort.

Houck’s wife explained that a “pro-abortion protester” was saying “crude,” “inappropriate” and “disgusting” things to their 12-year old son for weeks on end. Houck repeatedly told him to stop, but the man refused, continuing his obscene remarks, and at one point, she said, coming into Houck’s son’s “personal space.” At that point, Houck shoved the man, and he fell back. He sued Houck, but the case was thrown out of court in early summer.

The incident was slammed by LifeSiteNews journalist Patrick Delaney, who broke the story on the raid, as an “act of terrorism” on Real America’s Voice.

Republican U.S. Sen. Josh Hawley of Missouri has written to the U.S. Department of Justice, as have 22 congressional Republicans, demanding that the DOJ explain why it used such extreme, “excessive,” and “unprecedented” measures to arrest a father for simply pushing a man after he had invaded the personal space of his son.

“When you look at the fact that they’ll send a SWAT-style team to go after a Catholic, pro-life activist, and at the same time there are 17 or more firebombings of pregnancy care centers, [and] no arrests have been made, they’re not lifting a finger to do anything about those — what it says is, there are two tiers of justice here … and one is ideological,” Hawley told Sean Hannity on Fox News Tuesday night.

“And if you are a conservative, if you are a person of faith, then you are going to get targeted by this administration and they will use the law against you. That is wrong, and we’ve got to find out who is responsible. I want to know who signed off on this … and they need to be held accountable, and by held accountable, I mean removed from office,” Hawley said.