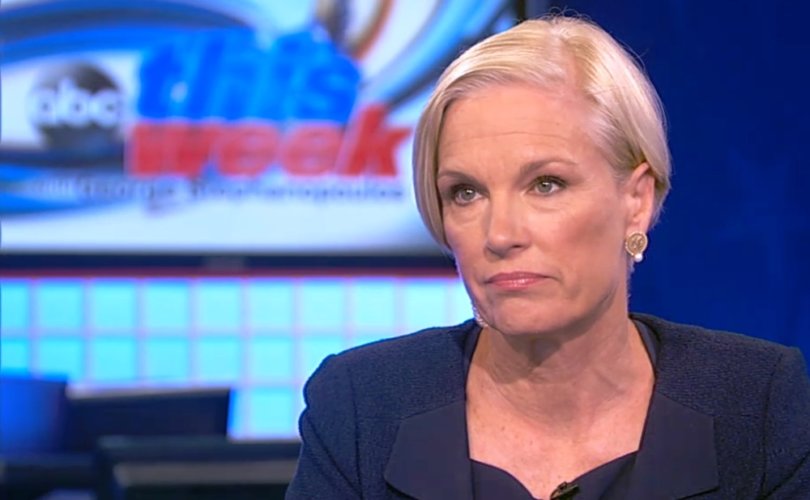 WASHINGTON, D.C., November 14, 2017 (LifeSiteNews) — The FBI has requested unredacted documents from Congress that were obtained during the 2015 hearings on Planned Parenthood’s allegedly illegal trafficking of aborted baby body parts for profit, reported The Hill. Pro-life activists have welcomed the move as a first sign of a criminal probe into the abortion giant.

The request was made in recent days, the sources said, to the Senate Judiciary Committee, whose chairman, Sen. Chuck Grassley (R-Iowa), last December referred Planned Parenthood and several other abortion providers to the FBI for investigation after a lengthy probe into the transfers of fetal tissue.

Grassley said at the time that his committee had uncovered enough evidence in its final investigative report to show abortion providers had transferred tissue and body parts from aborted fetuses to firms for use in research by charging dollar amounts above their actual costs.

The Justice Department declined comment, saying it does not confirm nor deny whether an investigation is taking place.

It was two summers ago that the Center for Medical Progress released undercover videos allegedly showing Planned Parenthood’s illegal selling of aborted baby parts, including hearts, lungs, livers, and brains, for profit.

The videos led to Planned Parenthood facing investigations at both state and federal levels. The abortion organization has so far managed to dodge any conviction for the wrongdoing suggested in the undercover videos.

Pro-life groups around the country welcomed the news of a possible criminal investigation of Planned Parenthood.

“Not content with their status as the nation’s largest abortion business, evidence shows Planned Parenthood sought to squeeze every last opportunity for cash from the sale of hearts, brains, lungs, and livers of the unborn children whose lives they end,” she said.

“Planned Parenthood and its associates are terrified of having their sordid business model exposed. We commend the Trump administration for holding them accountable and urge Congress to follow through on the promise to redirect the half billion dollars in taxpayer funding the abortion giant receives each year,” she added.

Planned Parenthood has reacted by saying it “strongly disagrees with the recommendations of the Senate Republican staff to refer this matter to the Justice Department.”

“These accusations are baseless, and a part of a widely discredited attempt to end access to reproductive health care at Planned Parenthood. Planned Parenthood has never, and would never, profit while facilitating its patients’ choice to donate fetal tissue for use in important medical research,” said Dana Singiser, vice president of Government Affairs for Planned Parenthood Federation of America, reported The Hill.

But David Daleiden, founder and project lead at the Center for Medical Progress, said that his undercover videos of Planned Parenthood show otherwise.

“The FBI’s investigation of Planned Parenthood’s taxpayer-funded, criminal abortion enterprise is long overdue. Planned Parenthood’s sale of aborted baby body parts is the greatest human atrocity of our times and must finally be brought to justice under the law,” he added.

Jeanne Mancini, president of March for Life, said the FBI's request for documents on the abortion giant “gives us hope that justice will be served for the millions of Americans who have fallen victim to the deceptive and exploitive practices of the abortion industry.”

Catherine Glenn Foster, CEO and president of Americans United for Life, echoed Mancini, saying she was “encouraged to see signs of an investigation moving forward.”

“There is a great deal of evidence showing the abortion industry has skirted both state and federal laws that serve as the bare-minimum protection for the dignity of human life. … We hope that this unprecedented investigation will uncover the truth. Only a thorough investigation by the Justice Department will ensure that women and their unborn children are protected from the dangerous motivations behind this criminal conduct,” she said.

A video released earlier this month by the Center for Medical Progress shows a former abortion worker discussing the intimate relationship between baby parts harvester StemExpress, LLC, and Planned Parenthood.