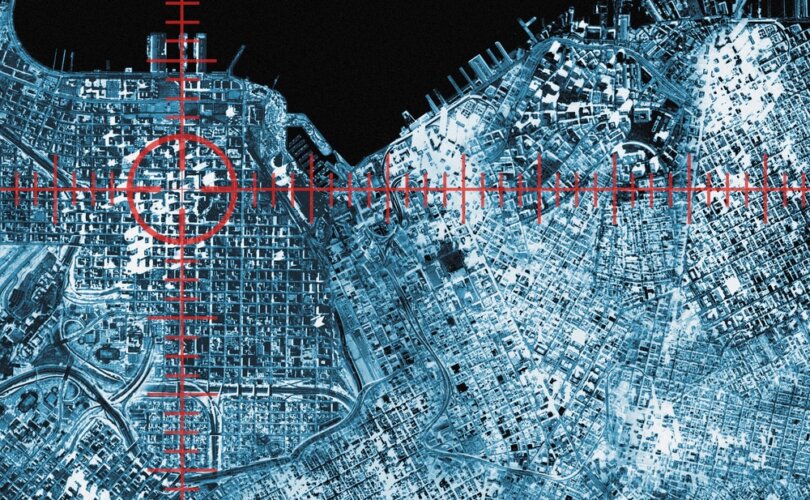 (LifeSiteNews) — Government entities can track individuals’ smartphone geolocation data even when there’s no cell service or if phones are in airplane mode, according to technology website Wired. The confirmation came in a report about the FBI’s tactics to find participants in the riot at the U.S. Capitol on January 6, 2021.

In a November 28 report, Wired investigative science and technology reporter Mark Harris highlighted evidence uncovered from January 6 court records. According to the filings, FBI officials served a bevy of so-called “geofence warrants” to Google to access smartphone location data belonging to individuals suspected of taking part in the riot.

The National Association of Criminal Defense Lawyers (NACDL) has defined geofence warrants as “a type of reverse warrant where the government seeks to know who was within a ‘geofence,’ a defined physical area during a specific period of time.” According to the NACDL, the warrants present “an unprecedented increase in the government’s ability to locate individuals without substantial investigation or investment of resources.” The group said such warrants violate the Fourth Amendment “because they are devoid of probable cause and particularity.”

Google provided investigators with location data for more than 5,000 devices as part of the federal investigation into the attack on the US Capitol. Via @WiredUK https://t.co/phjRnyhkr3

However, Wired reported that in May 2021 FBI officials used geofence warrants to obtain “identifying details for 1,535 users, as well as detailed maps showing how their phones moved through the Capitol and its grounds.”

Evidence obtained via the warrants, according to the report, “has so far been cited in over 100 charging documents from January 6,” with geofence data supplying “the initial identification of suspected rioters” in roughly 50 of those cases.

The geofence warrants employed by the FBI have sparked additional privacy concerns since officials were reportedly able to track smartphone location data even if phones weren’t connected to a network.

While dozens of phones referenced in the filing had reportedly been put in airplane mode or were “otherwise out of cell service” at the time of the riot, the FBI was still able to pull location data. People who scrubbed their location data even triggered additional scrutiny from the FBI.

According to Wired, “Location History works in airplane mode because phones can continue to receive GPS satellite signals.” While the feature must be intentionally turned on by users, the outlet said roughly a third of Google users opt to do so, leaving them vulnerable to real-time tracking.

Meanwhile, a March 2022 report by the Daily Mail suggested that it’s not just Google phones that can be accessed when they’re not connected to cell service. According to the report, a simple “hack” enables users to track their iPhones’ geolocation even if the devices are switched off or in airplane mode.

While Google has insisted that it maintains “a rigorous process for geofence warrants” and said team members “routinely push back on overbroad demands, including overbroad geofence demands,” the ability of federal law enforcement officials to pull personal location history has raised alarm bells.

Attorneys for January 6 suspect David Rhine have challenged the legitimacy of most geofence warrants, moving to have their client’s location data thrown out in court because the FBI had “enlisted Google to search untold millions of unknown accounts in a massive fishing expedition,” Wired reported.

“Just a small amount of Location History can identify individuals … engaged in personal and protected activities (such as exercising their rights under the First Amendment),” the attorneys wrote, according to the tech site. “And as a result, a geofence warrant almost always involves intrusion into constitutionally protected areas.”

Andrew Ferguson, a professor of law at American University, told the outlet that the attorneys’ motion is unlikely to succeed, an outcome that he said “worries me.”

“[T]he January 6 cases are going to be used to build a doctrine that will essentially enable police to find almost anyone with a cellphone or a smart device in ways that we, as a society, haven’t quite grasped yet,” Ferguson told Wired.