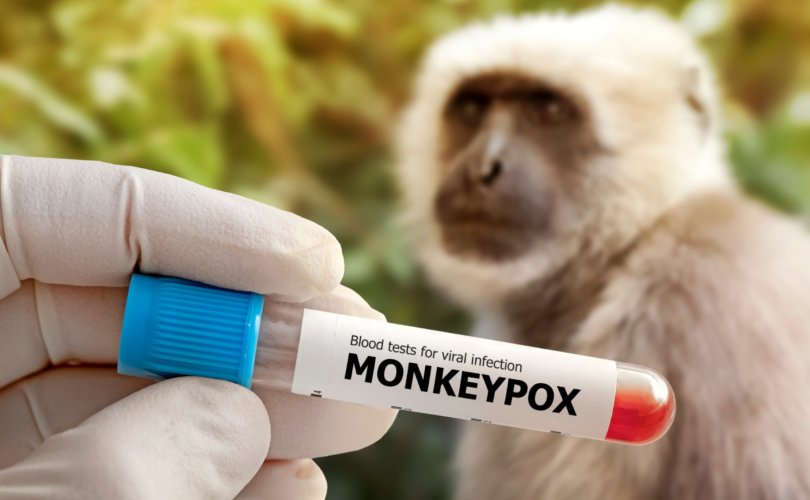 WASHINGTON, D.C. (LifeSiteNews) – The U.S. Food and Drug Administration (FDA) is allowing doctors to administer monkeypox vaccines in smaller doses than usual in an effort to get more jabs in arms, and children under 18 “who are determined to be at high risk for monkeypox infection” – which is being spread almost exclusively via male homosexual activity – are now eligible for the shot under its new emergency use authorization (EUA).

The U.S. Department of Health and Human Services (HHS) announced Tuesday that the FDA Commissioner has now been given permission “to grant emergency use authorizations (EUA) for monkeypox vaccines.”

“The move allows doctors to give patients smaller doses in order to get more shots out of each vial,” TIME explained.

As Jordan Schachtel reported, the FDA approved Bavarian Nordic’s monkeypox-smallpox vaccine (Jynneos) in September of 2019, just two months before the commencement of COVID Mania. The Biden administration ordered half a million doses of Jynneos shots in June 2022.

Also in June 2022, New York City expanded the availability of monkeypox shots to “all gay, bisexual, and other men who have sex with men (cisgender or transgender) ages 18 and older who have had multiple or anonymous sex partners in the last 14 days.” Previously it had only been available to those who “may have been exposed to monkeypox.”

“JYNNEOS is administered beneath the skin (subcutaneously) as two doses, four weeks (28 days) apart. For individuals 18 years of age and older determined to be at high risk of monkeypox infection, the EUA now allows for a fraction of the JYNNEOS dose to be administered between the layers of the skin (intradermally),” the FDA said in a press release. “Two doses of the vaccine given four weeks (28 days) apart will still be needed. There are no data available to indicate that one dose of JYNNEOS will provide long-lasting protection, which will be needed to control the current monkeypox outbreak.”

“The agency said that the update will increase the total number of doses available for use by up to five-fold because intradermal administration requires a smaller dose,” FOX News noted. “In addition, the FDA’s EUA also allows for use of the vaccine – administered by subcutaneous injection, or injection beneath the skin – in individuals younger than 18 years of age who are determined to be at high risk of infection.”

The monkeypox virus, which is in the same family of viruses as chickenpox and smallpox, has not caused any deaths in the U.S. “Last week, I declared monkeypox to be a public health emergency to unlock additional tools that will help us contain and end this outbreak and to signal to the American people that we are taking our response to the next level,” HHS Secretary Xavier Becerra said Tuesday, according to an official press release.

“Today’s action will allow FDA to exercise additional authorities that may increase availability of vaccines to prevent monkeypox while continuing to ensure the vaccine meets high standards for safety, effectiveness and manufacturing quality,” added the secretary.

Getting into specifics, the release explains that under Section 564 of the Federal Food, Drug and Cosmetic Act (FD&C), Becerra issued a “determination” to “justify emergency use authorization of vaccines” with respect to the aforementioned monkeypox “public health emergency.”

“Today’s action is the latest step the Biden-Harris Administration has taken to respond to the ongoing spread of the monkeypox virus in the United States,” relays the release, adding that “so far” 1.1 million doses of the “JYNNEOS vaccine” have been made to order by HHS.

“Through partnerships with the country’s largest commercial laboratories, testing capacity has increased rapidly to more than 80,000 per week as HHS continues to communicate important public health messages and raise awareness with key stakeholders,” concludes the HHS statement.

Not only have 98 percent of monkeypox cases been found in gay men, 41 percent of infected individuals had already been diagnosed with HIV prior to their monkeypox diagnosis, further indicating the disease poses little-to-no risk for the public at large.

As Michael Senger reported for the Brownstone Institute, in 2021, “an international biosecurity conference in Munich held a simulation of a ‘global pandemic involving an unusual strain of Monkeypox’ beginning in mid-May 2022.”

In its September 2019 press release about its approval of Bavarian Nordic’s monkeypox jab, the FDA wrote, “The U.S. Food and Drug Administration announced today the approval of Jynneos Smallpox and Monkeypox Vaccine, Live, Non-Replicating, for the prevention of smallpox and monkeypox disease in adults 18 years of age and older determined to be at high risk for smallpox or monkeypox infection. This is the only currently FDA-approved vaccine for the prevention of monkeypox disease.”

As of August 9, 2022, the U.S. Centers for Disease Control (CDC) said there have been 9,492 “total confirmed” cases of monkeypox/orthopoxvirus. Of those cases, 2,104 were in New York and 1,301 were in California. Texas, Florida, Georgia, and Illinois all had more than 500 cases, according to the CDC. The U.S. has a population of over 330 million people.