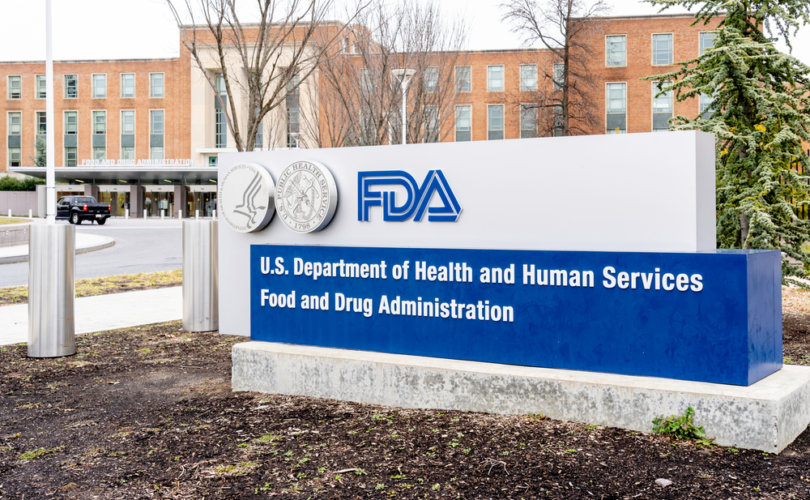 SILVER SPRING, Maryland (LifeSiteNews) — The U.S. Food and Drug Administration (FDA) on Monday has granted emergency use authorization (EUA) for Pfizer’s mRNA COVID booster shot for use in children as young as 12 years old.

A Monday press release from the FDA detailed the expansion of Pfizer’s booster shot authorization to include children between 12 and 15 years of age and to grant permission for a third shot to be included as part of the “primary series … for certain immunocompromised children 5 through 11 years of age.” The new protocol also reduces the minimum timeframe between reception of a second and third dose of the abortion-tainted jab from six months to five months.

According to Dr. Peter Marks, director of the Center for Biologics Evaluation and Research at the FDA, the agency based its decision to expand the booster program on its assessment that “currently available data” shows a third dose “may help provide better protection against both the Delta and Omicron variants.”

However, the agency did not consult with its panel of independent experts on the necessity and safety of providing booster jabs to children before giving the green light. The panel had overwhelmingly rejected the Pfizer booster shot for use in healthy people aged 16 and over back in September.

At the time Dr. Michael G. Kurilla, a committee member and official at the National Institutes of Health, stated that the need for widespread COVID inoculation boosting was “unclear” and that only “a subset of the population” remains at high risk from serious disease.

Rather than citing clinical trial data, the foundation of the FDA’s assessment is instead taken from “real-world” statistics emanating from Israel, the agency explained. The information from Israel included “6,300 individuals 12 through 15 years of age who received a booster dose of the vaccine at least 5 months following completion of the primary two-dose vaccination series.”

From this, the FDA concluded that “there are no new safety concerns following a booster in this population. There were no new cases of myocarditis or pericarditis reported to date in these individuals.”

Data collated on the FDA’s Vaccine Adverse Event Reporting System (VAERS) database shows that 568 people aged between 12 and 17 reported suffering myocarditis or pericarditis (dangerous inflammations of the heart and surrounding tissue, respectively) after taking the Pfizer-developed COVID-19 jab since its initial emergency use authorization was granted for the young age group in May.

Following the FDA’s Monday ruling, medical experts were quick to denounce the decision, with some taking to social media to air their criticisms. Dr. Vinay Prasad, an associate professor in the Department of Epidemiology and Biostatistics at the University of California San Francisco, complained, “The FDA EUA for boosting 12- to 15-year-olds does not report any evidence of efficacy.”

The FDA EUA for boosting 12 to 15 year olds does not report ANY evidence of efficacy. 👇

Just says they do not yet have reports of myocarditis after 6k shots, which is not surprising if rate for D3 myocard is less than D2 (almost surely it is due to interval)

“Deciding to boost millions of kids with 0 efficacy data with no idea the risk benefit is favorable is something I never thought I would see from FDA,” Prasad added.

Veteran pediatrician Dr. Michelle Perro voiced her concerns in comments to Children’s Health Defense, saying “the mRNA inoculation has already been shown to have produced multisystem negative health outcomes in children garnered from the CDC’s own database.”

Given that children are the least prone to suffer adverse events from COVID-19, the physician added that the FDA should withdraw the authorization of the shot for children.

“The FDA must adhere to its own historical position regarding their assigned task of the protection and oversight of our country’s greatest asset: our children,” she said.

The Advisory Committee on Immunization Practices (ACIP), an independent panel of experts for the Centers for Disease Control and Prevention (CDC), is set to meet on Wednesday to consider the FDA’s latest decision. The panel will confirm whether doctors will be given instructions to emphasize uptake of the boosters or if they will issue a “permissive recommendation,” which would allow their use among the age group without “urging” parents to present their children for the jab.