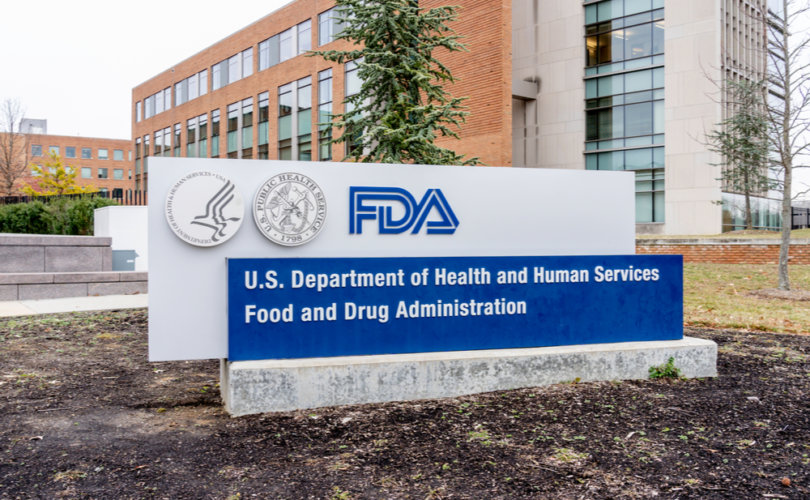 (LifeSiteNews) — The U.S. Food and Drug Administration (FDA) approved the mRNA Pfizer COVID jab booster for use in teenagers aged 16 and 17 Thursday.

In its authorization, the FDA sidestepped consulting its Vaccines and Related Biological Products Advisory Committee (VRBPAC), an independent body of vaccine advisors, admitting in its December 9 press release that the FDA purposely did not meet with the committee.

“[The] agency previously convened the committee for extensive discussions regarding the use of booster doses of COVID-19 vaccines and, after review of Pfizer’s EUA [emergency use authorization] request, the FDA concluded that the request does not raise questions that would benefit from additional discussion by committee members.”

Peter Marks, director of the FDA’s Center for Biologics Evaluation and Research, said that the effectiveness of the Pfizer jab, which has had EUA since December 2020, “is waning after the second dose of the vaccine for all adults and for those in the 16- and 17-year-old age group.” He added that a “single booster dose of the vaccine for those vaccinated at least six months prior will help provide continued protection against COVID-19 in this and older age groups.”

However, the push to vaccinate the majority of the world’s population in order to prevent serious disease for those who are not at risk to begin with — the Centers for Disease Control and Prevention (CDC) reports an infection survival rate of greater than 99.95% for those under age 50 — adds to the skepticism surrounding the increased push for COVID booster shots.

In addition there is an increased risk of heart-related problems for young people, particularly young men, follwoing the reception of the abortion-tainted COVID shots. In June the CDC added an advisory to both the Pfizer and Moderna-developed mRNA jabs, warning of the risk of myocarditis (a dangerous inflammation of the heart) after many hundreds of cases had been reported.

A November 2 meeting of the CDC’s Advisory Committee on Immunization Practices (ACIP) found that males between 16 and 17 years of age were at the highest risk of myocarditis and pericarditis (inflammation of tissue surrounding the heart) following the mRNA injections, with cases reported to be 69 in 1 million, almost three times the normal rate of 18 in 1 million.

As things stand, some 16,918 cases of myocarditis and pericarditis have been reported to the Vaccine Adverse Event Reporting System (VAERS), the joint FDA and CDC database for vaccine-related injury records.

Despite the increasing reports of injuries, the FDA determined that “the benefits of a single booster dose of the Pfizer-BioNTech COVID-19 Vaccine or Comirnaty outweigh the risks of myocarditis and pericarditis in individuals 16 and 17 years of age to provide continued protection against COVID-19 and the associated serious consequences that can occur including hospitalization and death.”

The FDA’s approval was swiftly followed by that of the CDC, whose director Rochelle Walensky signed off on the teenage booster authorization within hours of the FDA’s announcement.

“Today, CDC is strengthening its booster recommendations and encouraging everyone 16 and older to receive a booster shot,” Walensky said in a December 9 statement, making the Pfizer jab the only COVID shot approved for use as a booster in adolescents.

“I strongly encourage adolescents ages 16 and 17 to get their booster if they are at least 6 months post their initial Pfizer vaccination series,” she added, justifying the rushed approval by the emergence of the largely benign omicron variant of the virus.

Like the FDA, the CDC did not consult its advisory committee ACIP, opting to approve boosters without further scrutiny.

In response, public health experts have voiced their concern, with Walid Gellad, a professor of medicine at the University of Pittsburgh, questioning “this relentless push that’s happening for boosters.”

Jennifer Nuzzo, an infectious diseases epidemiologist at Johns Hopkins University, noted that the hasty authorization could backfire “if people believe that the process was the result of politics and not science.”

Nuzzo said “[it] is not unreasonable for parents to be worried about this,” adding that public health authorities ought to be reassuring people receiving the jabs that “every data point was scrutinized with the utmost attention to safety.”

Meanwhile, new data from Japan suggests that people in their 20s could be at a sevenfold increased risk of death from the jabs compared to the virus itself.