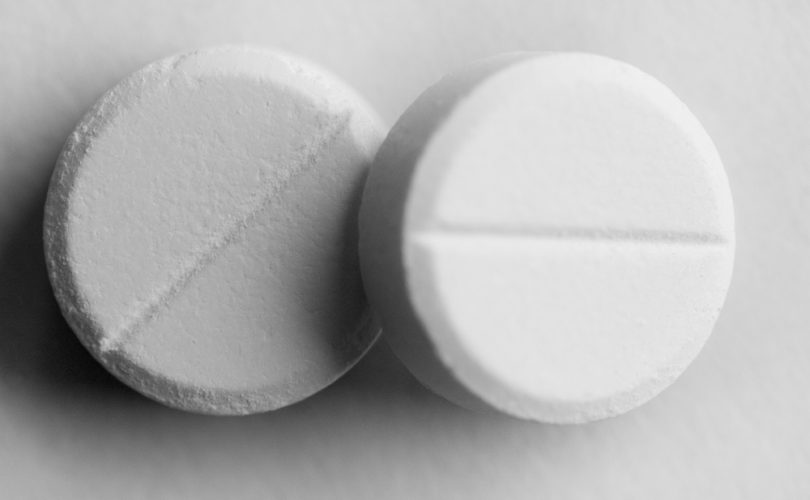 October 26, 2018 (LifeSiteNews) – The Food and Drug Administration (FDA) is investigating a new website that provides abortion pills to women in the U.S. without medical supervision.

Known as “Aid Access,” the website connects pregnant women with a “doctor” for an online consultation before supplying them with the abortifacients mifepristone and misoprostol by mail.

The women then take the pills at home, without the oversight of a medical doctor.

The FDA strongly advises against the purchasing of Mifiprex, also known as mifepristone or RU-486, via the Internet because of the health risks involved:

You should not buy Mifeprex over the Internet because you will bypass important safeguards designed to protect your health (and the health of others).

Mifeprex has special safety restrictions on how it is distributed to the public. Also, drugs purchased from foreign Internet sources are not the FDA-approved versions of the drugs, and they are not subject to FDA-regulated manufacturing controls or FDA inspection of manufacturing facilities.

Warnings on the FDA website underscore why it advises the abortion drug only be taken under the direct observation of a medical doctor who meets clearly defined qualifications:

Yet all of these are bypassed when the drug is obtained online.

Serious adverse medical “events” attributed to Mifiprex usage have been reported to the FDA, including “reports of 22 deaths of women associated with Mifeprex since the product was approved in September 2000, including two cases of ectopic pregnancy resulting in death; and several cases of severe systemic infection (also called sepsis), including some that were fatal.”

The drug is also never safe for the pre-born children it targets. As AbortionProcedures.com explains:

This drug blocks the action of the hormone called “progesterone,” which is naturally produced by the mother’s body to enable the mother to sustain and nourish the pregnancy. When RU-486 blocks progesterone, the lining of the mother’s uterus breaks down, cutting off blood and nourishment to the baby, who then dies inside the mother’s womb. Twenty-four to forty-eight hours later, the woman ingests another drug called Misoprostol (also called Cytotec), administered orally or vaginally, which causes contractions and bleeding to expel the baby from the womb.

The Aid Access website offers a troubling explanation of who the organization seeks to serve and how, including minors who want to hide their pregnancies from their parents:

For many women, girls and trans men it is very difficult to access abortion care because of the cost of abortion, mandatory 24-72 hour waiting periods, the requirement of parental consent for minors, or the fact that clinics have been forced to close completely.

The site states that it is safe for women and girls to take mifepristone and misoprostol on their own, citing a questionable British Medical Journal (BMJ) study released last year.

Critics debunked the BMJ study – which claims to show that women can “safely” abort their pre-born children using abortion pills – as unscientific, problematic, and lacking any real credibility.

The authors of the study based their findings on data provided by the Netherlands-based pro-abortion organization Women on Web, which is the same organization that launched the Aid Access website. Over the years, the organization has provided pills, even illegally, to women seeking early abortions in more than 140 countries.

The non-peer reviewed study, titled “Self reported outcomes and adverse events after medical abortion through online telemedicine,” tracked the outcomes of some 1,000 women in Ireland and Northern Ireland who used the site to obtain abortion pills.

Critics said the study lacks rigorous scientific standards for data collection. Much like the abortion “services” Women on Web seeks to provide, data was obtained via remote digital contact, relying on self-reporting of individuals, not observations and data collection by trained medical professionals.

It remains unclear how the authors claim that “no one in the study died,” given the impossibility of a woman performing a medical procedure in secret “self-reporting” her own death.

But the study’s questionable methodology did not stop mainstream media from repeating its conclusion that the data provides the “best evidence to date that self-sourced medical abortion through online telemedicine is highly effective, with low rates of complications.”

In fact, this remains part of the propaganda used by secular media to promote the newly-launched online abortion pill service.

Pro-life advocates have warned that the pro-abortion group that supplied the data for the study is putting the lives of women at risk.

“There is a surprising lack of basic medical information, and all of the information is self-reported,” said Dr. Donna Harrison, associate scholar and executive director of the American Association of Pro-life Obstetricians and Gynecologists.

Despite all this, observers say that abortion via telemedicine is now growing in popularity in the U.S., as some states have passed pro-life laws and as concern over the fate of Roe v. Wade grows, especially now that Brett Kavanaugh has been confirmed to the Supreme Court.